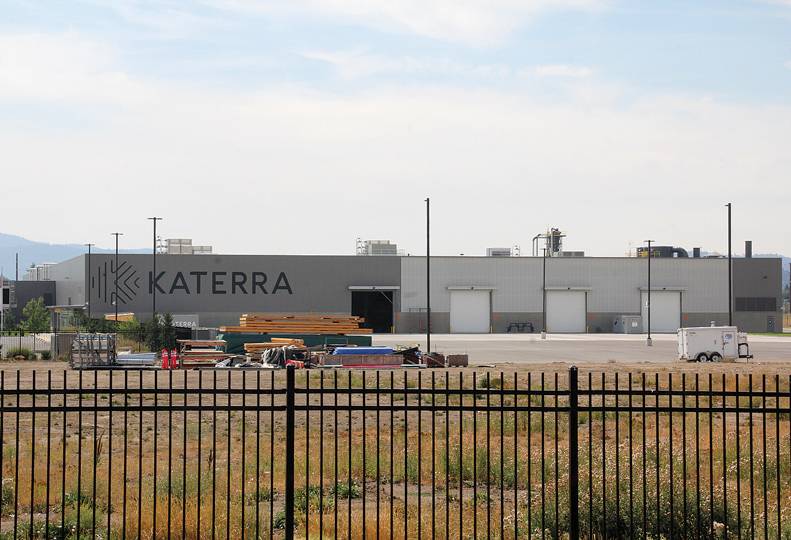 -Natasha Nellis
The Katerra factory in Spokane Valley is one example of a large industrial property that sold quickly in the current, hot commercial market.

Those looking to invest in commercial real estate face a market mirroring the in-demand housing sector, with local investors bearing the brunt of the challenges as historically low capitalization rates and high demand price them out of the Spokane market.

Cap rates are hovering between 4% and 5%, says James Black III, investment specialist of Spokane-based NAI Black, who notes that building location, age, and construction type impact the cap rate, which refers to the return on investment.

Historically, Spokane’s cap rates have been between 6% and 7%. The higher the cap rate, the higher the risk, while typically a lower cap rate means lower risk, he says. However, a higher cap rate usually means a higher rate of return.

“There’s quite literally 10 buyers for one property,” Black says. “Cap rates have gotten so compressed, it’s essentially forced out the local investor. It’s gotten too expensive for people in Spokane.”

He adds that a significant share of his recent clients hail from Seattle, Portland, and throughout California.

“There’s a lot of different players trying to get into our market,” he contends.

In the current commercial real estate climate, it’s not uncommon for large properties, like the 386,000-square-foot Triumph Composite System Inc. building on the West Plains or the 270,000-square-foot former Katerra Inc. manufacturing plant in Spokane Valley, to be snapped up before hitting the market, Black says.

“Most investment real estate, even if it’s just a decent deal, typically does not come to market. I think that that follows any investment class. … If you’re in this sandbox, you know who the players are,” says Black. “For the larger industrial product, it’s a lot smaller pool of potential buyers.”

Regarding the former Triumph site, Casey Brazil, vice president and director of brokerage at Spokane-based Kiemle Hagood, says, the buyer, John Hemmingson, “knew with that square footage there was an upside to buying the property and being the developer, how he’s going to change that property to work for the market.”

The Spokane market saw over 4.5 million square feet of new commercial and industrial space brought online in 2020, and at least another 5 million planned for this year.

Industrial space in Spokane has seen low vacancy rates since 2014, and the vacancy rate is around 2% now, he says.

When marijuana was legalized, those looking to produce cannabis products snapped up most of the available older-generation warehouse space in Spokane to use as production facilities, he says.

Low vacancy, coupled with the high demand, means that more pressure is put on developers to build and sellers to sit on their properties, says Black, who notes that while sellers may get a good price, they often still need a building to move into, or somewhere else to invest their cash.

“The challenge is, what do people do with their money?” says Black.

Nationwide, commercial real estate acquisitions for large properties or portfolios priced at $2.5 million or more fell 28% in the first quarter of 2021 compared with the year-earlier quarter, according to the National Association of Realtors. Acquisitions of properties valued at less than $2.5 million saw a decrease of 1%, with increases in sales of land and industrial properties and a decrease in sales of all other types of commercial property.

“I would say that, sort of like residential, the market’s tight in both Spokane and Coeur d’Alene. There’s a lack of availability of product,” he says, adding that shovel-ready sites, meaning those that have infrastructure in place, are moving quickly.

About two years ago, buyers looking for smaller properties could expect between $2 and $4 per square foot. Now, it’s between $6 and $7 a square foot, says Brazil.

Despite the low inventory of land for sale, Brazil contends that construction costs will have more of a softening effect on the commercial and industrial markets than land supply.

“Even though it’s busy, we are starting to see some pushback,” he says, adding that the high cost of construction compared to the average regional rent has made it difficult to get the necessary financing.

That pressure ultimately will lead to increased rents, he contends.