The Path to Completion at the Ridpath 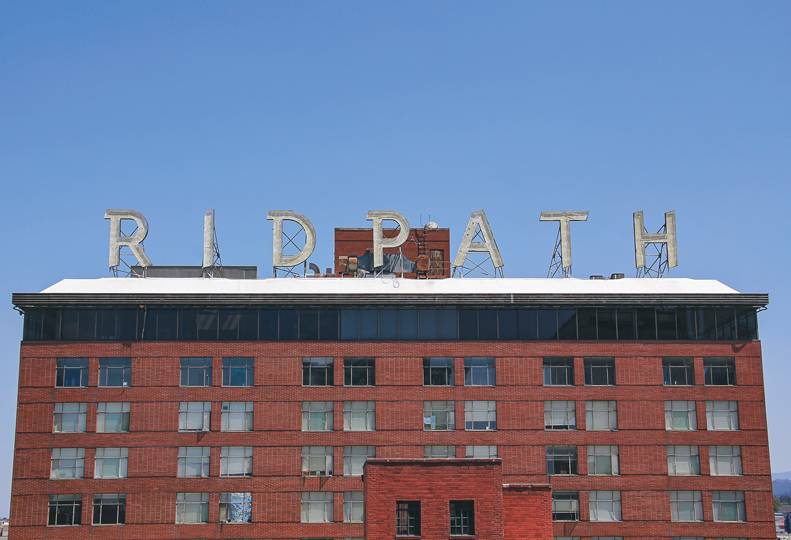 -Natasha Nellis
Three high-end condominiums are being built on the top floor of the old downtown hotel building, and seven market-rate apartments are envisioned on the floor below that.

A project that’s been more than a decade in the making is well on its way to wrapping up, as developers at the Ridpath start work on the final two floors of the building.

The Ridpath had been closed since 2008, after the former hotel’s ownership was fragmented among many investors. Since then, the $22 million redevelopment project has been plagued by several setbacks.

The project has changed some from its original conception of converting hotel rooms into micro-apartment units on floors two through 11, with condos on the remaining top two floors. The microapartment portion of the project came to fruition in 2019, while the condos have taken longer to get off the ground.

Now the plan is for the condos to occupy the 13th floor and to convert the 12th floor into seven market-rate apartments, says Paul Mann, a developer of a portion of the project.

The 12th floor units are on track to be completed by the end of summer, says Mann.

Mann completed his work on his condo unit in late spring. The timeline for the remaining two out of three total condos is up in the air, he says. Work on other ownership group members’ Mark Mackin’s unit is well underway, he notes, while Ron Wells’ unit is a shell with work just starting.

“I’m very excited about this,” Mann says. “It’s been a long time coming.”

The top-floor condos, which were formerly a club and restaurant space when the building operated as a hotel, have nearly floor-to-ceiling windows. The condo designs will vary based on the tastes of the individual owners, says Mann, who’s own space evokes an industrial feel with exposed girders on the ceiling.

“There was a lot to work with here,” he says. “(The Ridpath) was trashed during the many long years in which the building was vacant.”

“The other two have been on a much slower timeline,” he says.

Permits have been issued for work on the 12th-floor apartment units, according to records on file with the city of Spokane. Salvaged Designs LLC, of Spokane, is the contractor on the project, which was designed by Indigo Diggs Architects, also of Spokane.

The ground floor space is vacant, after a deal with restauranteur Jeremy Hansen to open a bar and restaurant fell through. Ridpath Owners LLC is suing the restaurateur, alleging that Hansen failed to pay rent and misspent more than $100,000 in funding meant to be used to improve the restaurant space.

According to a lawsuit filed in January 2020 in Spokane County Superior Court, Hansen and his wife signed a six-year lease with Ridpath Owners LLC in April 2017. The couple agreed to pay $6,700 a month following a six-month startup phase. Mann, Mackin, and Lawrence Brown Jr. are listed as directors of the company.

Brown is a member of the Ridpath Owners LLC group, and is a developer and co-owner of the property.

The suit alleges the Hansens never paid rent before or after the contract was amended in March 2018, to allow the Hansen’s to begin paying rent in June of that year. As of December 2020, the case was stayed, pending arbitration.

Mann says the suit is ongoing. The ownership group still plans to lease the ground floor to a restaurant and is seeking a tenant, he notes.

Another space on the ground floor, which the development team refers to as the “coffee shop,” has the potential to be turned into a tenant space, though plans for the space are still being developed, Mann says.

“I’m very pleased that what was just a huge source of blight in the downtown core is no longer that.” he says. “We’ve been able to bring this side of the block back to life.”

The Ridpath Tower was built in 1952, after the former Ridpath Hotel burned in 1902 and 1950. It operated as a hotel until it closed in 2008. The development team purchased the building in 2012 and planned to redevelop it, though the effort has hit many hurdles.

Prominent Spokane developer Ron Wells, who spearheaded the redevelopment project, was sidelined after he was indicted in December 2018 on 17 criminal counts related to an insurance-fraud scheme that involved staged car accidents and money laundering. Wells was sentenced to a year of house arrest in early 2020 and owed nearly $240,000 in fines and restitution.

Wells retained his ownership stake in the top floor of the Ridpath.

Currently, about 195 of the building’s 206 finished apartment units are leased, says Mann. The development team was awarded a certificate of occupancy in 2019 and has been leasing the Ridpath Club Apartment units since then.

The units are a mix of market-rate and affordable housing, ranging from studio to one-bed units with 220 square feet to 500 square feet of living space each.

To qualify for reduced rent in the affordable housing program, a single person can’t make more than $32,400 annually.

The market-rate studios and one-bedroom units start at $1,050.

Work on those units started in 2017, says Mann.

“That part has not always gone smoothly, but we got it done,” he says.