Whatever Happened To: WSU’s redevelopment of the old Jensen-Byrd building 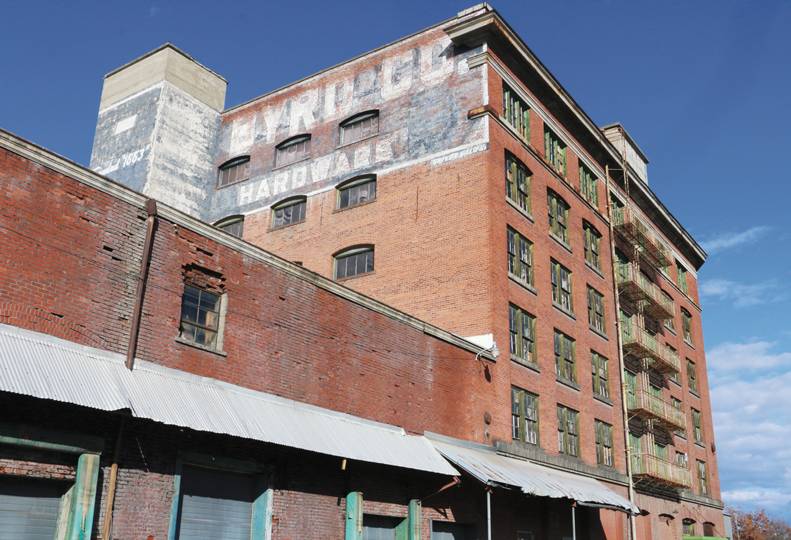 -Mike McLean
The Jensen-Byrd building, located on the Washington State University Spokane campus in the University District, has sat dormant since 2004.

It’s been nearly five years since Washington State University has put redevelopment plans on hold for the Jensen-Byrd building at 131 E. Main, on the University’s Spokane campus, and the building remains dormant.

Now, a former University District board member is suggesting that WSU seek a public-private partnership rather than continue to call for a private developer to redevelop the historic building.

Judging by multiple past attempts to attract private developers whose plans failed to come to fruition, it may take a public-private partnership to produce a workable plan to repurpose the building, asserts Mariah McKay, who until recently was a U District board member, having served in that capacity for six years.

“There’s been so many iterations and attempts to figure out how to repurpose the building within context of university ownership,” says McKay, who also is the founder and executive director of the Spokane Independent Metro Business Alliance. “I think public-private partnership ... could be a way to crack the code.”

McKay recently posted on the Spovangelist arts and culture blog about her concept for such a partnership to involve the city of Spokane and a history and culture center, such as the Northwest Museum of Arts & Culture, which she contends could be supported by future residents of housing projects planned or under construction in and near the U District.

While McKay says the museum partnership idea for the Jensen-Byrd building is hers alone, meaning she hasn’t approached the MAC with it, other potential public uses that have been discussed include university lab space, workout spaces for students and faculty, student housing, and child care space.

“It’s one of those Rubik’s Cubes that needs to get sorted out,” she says.

Heather Byrd, a WSU Spokane spokesperson, says the building is in an “inactive state.”

“There are no new developments with the Jensen-Byrd building,” she says via email. “Currently we are evaluating options as to what the future holds for the structure.”

Juliet Sinisterra, U District CEO, who has a background as an architect, says earlier plans to repurpose the building haven’t penciled out, meaning other developers found it would be more expensive to retain and redevelop the building than build new.

“No one has been able to come back with something workable,” Sinisterra says.

The building has been vacant since Jensen-Byrd Co. moved its operations to the West Plains in 2004, despite at least four plans to redevelop the property.

The failed development plans for the site include at least two mixed-use redevelopment concepts, a concept for a medical complex, and demolishing it to make way for student housing.

WSU also had put the building up for sale in 2011, but a planned sale fell through the following year.

In the most recent development plan, Seattle-based Jensen Byrd Development LLC proposed in early 2016 to convert the building into retail and conference space as part of a larger $45 million project.

By mid-2017, WSU halted lease negotiations with the developer and announced it was going back to the drawing board to develop a new master plan for the WSU Spokane campus.

For now, WSU Spokane has prioritized other projects.

One of those is renovation of the Phase 1 classroom building, at 205 E. Spokane Falls Blvd., to construct improvements for the medical school, a project currently in the design stage, WSU’s Smith says.

“We’ve got money from the Legislature, and we’re investing $15 million,” he says.