$2 million project likely to go out for bid soon 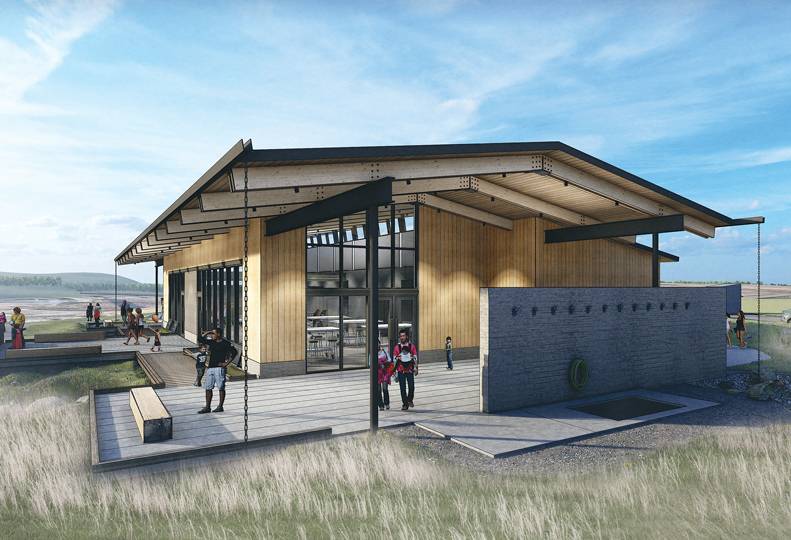 -ALSC Architects PS
The new Doris Morrison Learning Center will be located north of the Saltese Flats wetlands area in Spokane Valley. The project is expected to be completed by fall 2022.

Spokane County hopes to break ground soon on a $2 million project that will serve largely as an environmental education center for students from across the Inland Northwest.

“Not only is the center being built, but there will be the development of a private road and accompanying utilities included in the total project cost,” Brattebo says.

ALSC Architects PS, of Spokane, is the project architect. ALSC associate architect Connor Nicholas says construction documents are being finalized, and the project is expected to go out to bid next month.

Plans call for a 4,000-square-foot education center to be constructed on the bluff just above the wetlands. In addition to classrooms and exhibit space inside, an additional 2,000 square feet of covered learning space outside of the building will be made available for teachers and students. Pathways also will be built allowing participants to walk in designated areas around the wetlands, he says.

Nicholas describes the envisioned structure as a three-legged stool that has a “historical, learning, and geologic context to it.”

He estimates the project will be completed by fall 2022.

Brattebo says Spokane County officials began having conversations in the early 2000s with the former landowner, Bud Morrison, about acquiring the land.

With the desire to continue preserving the wetlands, Morrison and Spokane County officials agreed to build an educational-based facility to be named after Morrison’s mother, Doris, he says.

Brattebo says the area north of the wetlands, which is located within Central Valley School District boundaries, will eventually serve as a site to at least a “future school or two.” The school district donated two acres of land it previously owned to the county in the effort to help bring the learning center to fruition.