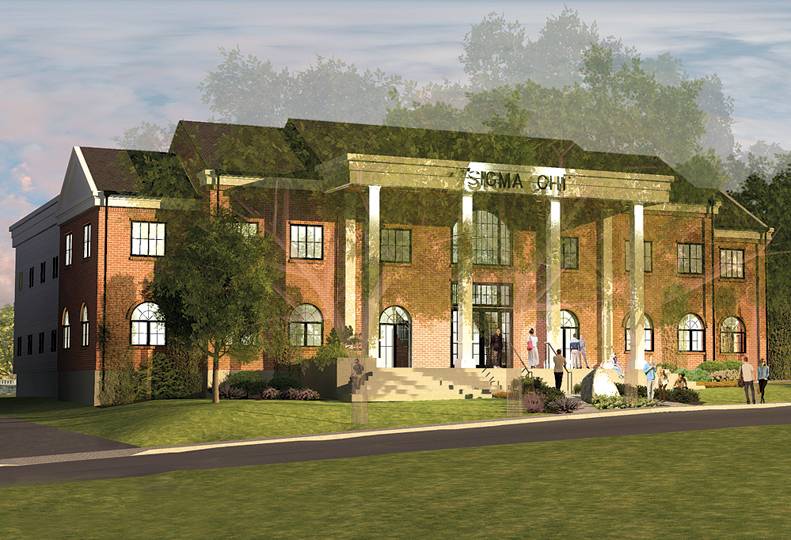 -Design West Architects PA
The Sigma Chi fraternity started construction of its new house last month. The $5.5 million structure is being built on the site of its former house.

Construction started last month on the first new fraternity house to be built in a generation at Washington State University’s Pullman campus.

Jeff Burnside, the project coordinator and a Sigma Chi member, says the fraternity’s new $5.5 million home will be called the Centennial Chapter House, in honor of the chapter’s founding 100 years ago.

The 15,000-square-foot building will be constructed at 720 N.E. California Street, on the site of the former Sigma Chi house, which was built in the 1930s and demolished in 2003.

Since then, WSU’s Sigma Chi chapter has occupied a single-family home next door to the property. The fraternity owns both properties,Burnside says.

The new fraternity building has been designed to mimic the look of the original chapter house, he says.

“There’s a lot of emotional attachment to the look of the old house, so we’re replicating that,” Burnside says. “It’ll have white colonial pillars and a brick front. It will have a beautiful, two-story grand entrance with twin sweeping rounded staircases, with a balcony landing at the top.”

The building will include a library, three dedicated study rooms, and a wing of bedrooms reserved for seniors in the fraternity. The project is expected to be completed next summer.

Burnside says the WSU chapter of Sigma Chi has been fundraising actively for the past two years but has been discussing a new home for the fraternity for nearly 50 years.

“One of the reasons it’s been so long, we found out, is because there are no real estate comparables,” Burnside says, meaning no fraternity houses have been built in recent years to establish a baseline cost for financing purposes.

After raising about $2 million in donations, the fraternity approached Liberty Lake-based STCU for a $3 million construction loan. It was then, Burnside says, that the lack of real estate comparables was discovered.

“It was really STCU that solved this problem,” Burnside says. “Now we have established a comparable for other, future projects, making it much easier for them to get financing.”

The WSU chapter of Sigma Chi has about 75 members, of which about 50 will live in the new chapter house.