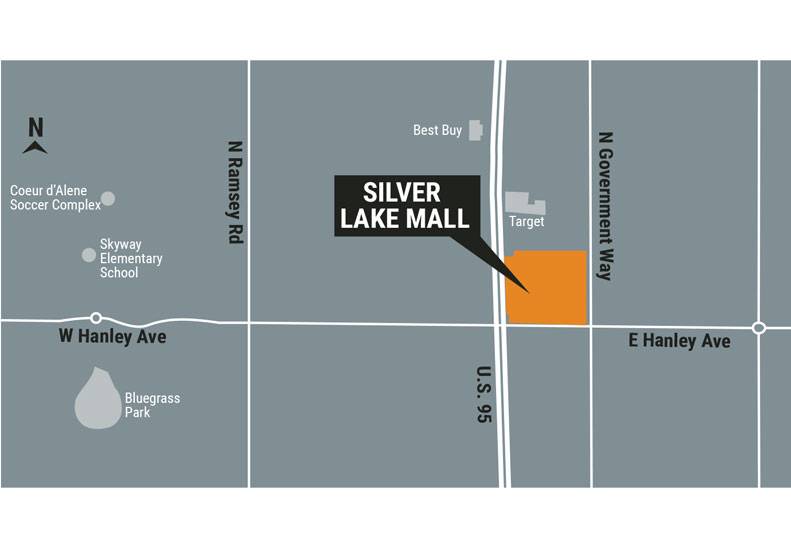 The owner of a Coeur d’Alene-based sporting goods retail store has acquired Silver Lake Mall through an affiliated company, according to documents on file with the Kootenai County Assessor’s office.

The mall is located at 200 W. Hanley, east of U.S. 95, between Canfield and Hanley avenues in Coeur d’Alene.

Terms of the transaction haven’t been disclosed, but the Kootenai County Assessor’s website shows the value of the property at nearly $12 million. The 323,700-square-foot retail complex was built in 1989.

The property had been owned and managed by Chicago-based Brookfield Properties, under its holding company Silver Lake Mall LLC, since 2018, when Brookfield acquired General Growth Properties Inc., one of the largest mall owners in the country.

A representative of Brookfield couldn’t be reached immediately for comment. The property is no longer listed in the company’s retail portfolio.

Brookfield also owns portions of the NorthTown Mall and the Spokane Valley Mall.

Black Sheep was established in 1975 at 3534 N. Government Way, which serves as the retailer’s main location. Its other location outside the Silver Lake Mall is a Bargain Barn by Black Sheep retail store, located at 308 W. Seale, in Coeur d’Alene, behind the Home Goods store off U.S. 95.

In addition to the two new Black Sheep stores, a new Boho West women’s clothing and accessories boutique opened in December, near Macy’s in the mall.

Longtime Silver Lake Mall tenant J.C. Penney Co. will close its store there this year, along with more than 150 other stores companywide, the J.C. Penney website says.

In early December, J.C. Penney also announced its retail and operating assets had been acquired by Simon Property Group and Brookfield Asset Management Inc., which has allowed the company to exit Chapter 11 bankruptcy protection and has given the 118-year-old retailer access to $1.5 billion in new financing.