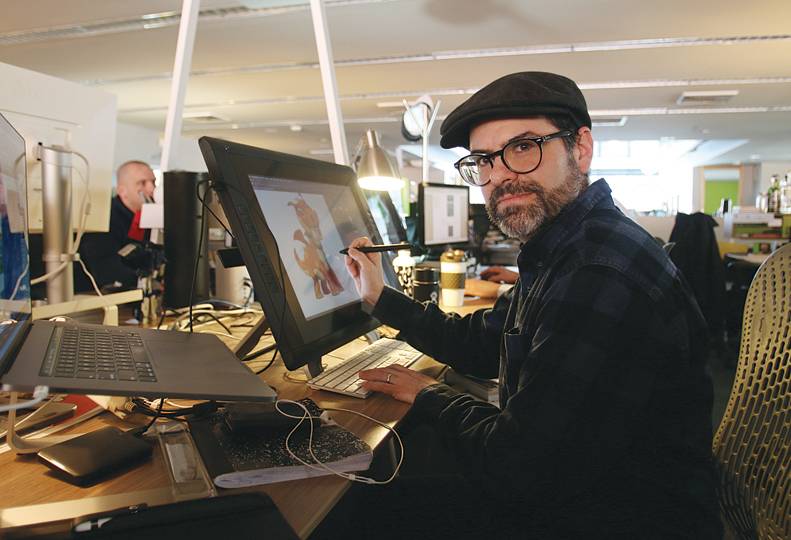 -—Linn Parish
Nick Malara, an art director at Seven2, says the Spokane market will attract some multimedia artists and animators because of a cost of living that’s lower than many major metros.

The watchers he refers to are known more formally as information security analysts, professionals who are tasked with monitoring clients’ networks and looking for potential security threats. That occupation is expected to grow at a greater rate than any other in Spokane County during the next seven years, according to projections from the Washington state Employment Security Department.

ESD estimates that 109 people currently work as information security analysts in the Spokane area, and that number will grow to more than 150 by 2026. The state’s long-term projection calls for an annual growth rate of 4.6% between 2021 and 2026.

That aligns with what Intrinium is experiencing, Heath says.

“There really are more jobs available than there are people to fill them,” he says. “At this point, we’re looking for people with solid computing backgrounds and training them. It’s easier to build the bench internally” than it is to find candidates with all of the qualifications the job requires.

Tech- and health care-related jobs top the list of occupations expected to grow at the greatest rate between now and 2026. After information security analysts, the professions with at least 50 workers that are projected to grow fastest are multimedia artists and animators, with an annual growth rate of 4.3%, followed by massage therapists and application software developers, each at 3.9% annual growth; and veterinarians, 3.6%.

Professions with fewer than 50 employees that are expected to grow at similar clips include occupational therapy aides and postsecondary health specialties teachers.

In the multimedia animation field, the number of workers is expected to grow from 115 currently to nearly 160 in 2026.

Nick Malara, an art director at Spokane-based Seven2 digital advertising company, says a few factors might be contributing to growth in that occupation.

First, he says, the multimedia art profession is somewhat of an evolution from the conventional graphic design field. More companies are looking for creative professionals who can work with more technical tools, so people who previously might have been referred to as graphic designers are now multimedia artists and animators.

Also, he says, more multimedia artists are looking for cities with lower costs of living. Anecdotally, he’s heard of more professionals in that field moving to Spokane from large West Coast cities to cut costs.

“I wouldn’t be surprised if most of that growth is from freelancers or people who are working remotely for other companies,” Malara says. “Cost of living is a very real factor for being an artist in a global market.”

While the information security analyst and multimedia animation professions are expected to grow at the fastest pace, far more people are employed as application software developers. Consequently, Spokane-area employers are expected to add more people in that field in the coming years than the other fast-growing occupations.

State data show just under 900 people are working as app software developers in Spokane now. That’s expected to balloon to nearly 1,200 by 2026.

“In Spokane, the demand is pretty high,” Sandoval says. “We’re always looking here, but a lot of our hires are from outside of the state of Washington.”

He says the company usually is looking for a higher level of expertise than it typically can find in the Spokane market because of the complexity of the projects it handles.

The massage therapy profession employs about 620 people now in the Spokane area, and that’s expected to increase by 200 therapists by 2026.

For veterinarians, about 190 work in Spokane County now, and that’s projected to grow to 250 in the next seven years.

Other professions in the top 10, in terms of projected percentage growth in employment through 2026, include tree trimmers and pruners, veterinary technologists and technicians, pest control workers, pesticide handlers, and computer network support specialists.

Occupations with at least 50 workers that are projected to decline in employment at the greatest rates in the next seven years include photographic process workers and processing machine operators, -3.7%; medical transcriptionists, -1.6%; prepress technicians and workers, -1.2%; data entry keyers, -1.1%; and switchboard operators, also at -1.1%.