Work on 10-unit complex slated to start next month 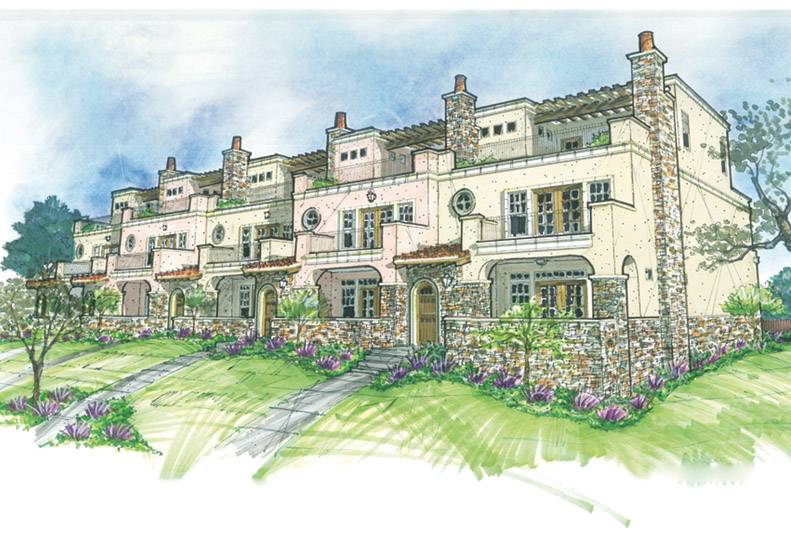 -—Tony Janson
This conceptual rendering shows the Mediterranean-style units that developer Mike Gahvarehchee envisions on the South Hill. The look, however, of the project is subject to change, he says.

A new $1.5 million to $2 million townhouse complex, called the Rockwood Townhouses, is being planned at 308 E. 10th on the South Hill.

The attached units will be three stories and will have either two or three bedrooms, Gahvarehchee says.

“They are Mediterranean (style),” he says.

The units will have flat roofs with city views, Gahvarehchee says, and will range in size from roughly 1,500 square feet to 2,000 square feet.

Construction is slated to begin on the homes next month, Gahvarehchee says.

The plan is to finish the building shells by the end of summer and to complete one unit, he says, and then to complete the rest of the interiors as the units sell.

“We want to finish as we have buyers for them, so it would be a custom build,” he says.

Gahvarehchee has been working with architect Tony Janson, of Spokane-based architectural and engineering firm Womer & Associates Inc., on the project.

Gahvarehchee and his partners launched Muneris last May, he says. The company specializes in using modular construction techniques, a process in which a building is constructed in separate modules, usually off-site, and then put together on-site.