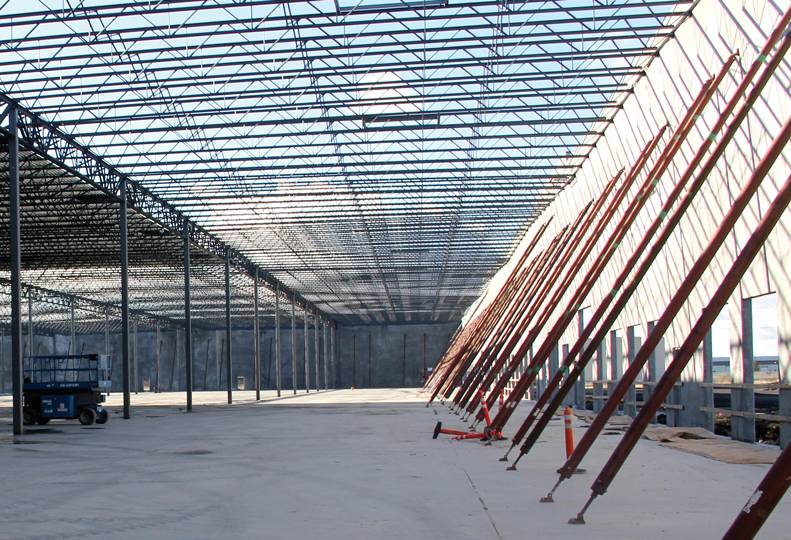 AT Acquisitions LLC, which does business as AT Industrial, is planning a two-phase, two-building warehouse project on McFarlane Road on the West Plains, planning documents submitted to the city of Spokane show.

The warehouses are planned east of AT Industrial’s 187,500-square-foot warehouse currently under construction at 12315 W. McFarlane Road. As reported last month, that facility will be the new home of an Amazon Delivery Station, which will handle last-mile deliveries for the company.

Both structures could be divided into spaces for up to 12 tenants apiece, site plans show.

VLMK Engineering & Design, of Portland, Oregon, is providing engineering services for the project.

Work is expected to begin in the fall, according to planning documents.

No architect or contractor is listed on the plans.

The planning documents also don’t list a construction value for the planned buildings, but the earlier building in the AT Industrial development was valued at $15 million for the shell. Divcon Inc., of Spokane Valley, is the contractor on that first warehouse building, and Architectural Ventures, also of Spokane Valley, designed it.

That building is now undergoing an additional $15 million in tenant improvements, which are expected to be completed by the end of the year to accommodate the Amazon facility.

AT Industrial was founded in early 2019 by Aaron Lake and Tim Wolff, a former vice president of development with The Wolff Co. The company currently owns just over 700,000 square feet of industrial space in the Spokane area.