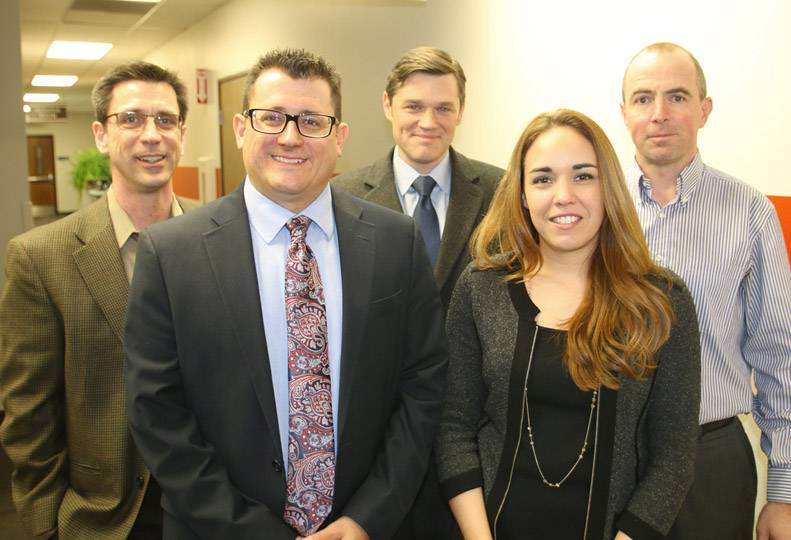 Administrators at WorkSource, Spokane’s longtime employment and worker retraining agency, say recent changes in federal laws have given it the ability to create a more practical employment and training center for their customers.

“The changes in the law give us more flexibility,” says Dawn Karber, COO of the Spokane Area Workforce Development Council.

“The WDC heads WorkSource, but we didn’t have the flexibility to operate the center as we would’ve liked due to federal restrictions that recently changed,” Karber says.

Says Kevin Williams, WorkSource’s new director, “In the past, when customers entered the center, we’d tell them about the five or six programs that we had to offer and then try to figure out which one to place them in.”

In a shift that received bipartisan congressional support, the former Workforce Investment Act law was replaced in 2014 by the Workforce Innovation and Opportunity Act. The law was changed based on the need to modernize and streamline the workforce system, U.S. Secretary of Education John B. King Jr., said at the time. Many of the provisions in the new act went into effect last summer.

“Now, if you simply need help with your resume, or maybe you’re just interested in taking classes on how to interview, you no longer have to be enrolled in a program in order to get that help,” says Williams, who has been given the official title of one-stop operator.

The WorkSource center, located at 130 S. Arthur, will also be redesigned this year. The workforce development council has hired an interior designer to help make the 20,000-square-foot center more functional and easier to navigate for its customers, Karber says.

WorkSource op-erates on the lower level of a two-story building, and WorkSource partners share in the cost of the monthly lease, which is based on the percentage of employees that each entity has working in the center, Williams says.

The Spokane Area Workforce Development Council hired Williams last August. The council is a consortium of business owners and operators working to identify and fill needs in the workforce here.

Karber says the Spokane Area Workforce Development Council also has been more active in outreach to the Spokane business community as it solicits feedback from business operators about their greatest areas of need.

“We analyze the labor market, and if skill gaps exist, we help fill them by training workers with the necessary skills,” she says.

“This can be done in several ways, such as when we purchase a course from the community college that is designed to meet the needs of employers,” she says.

“WorkSource fills the class with job seekers and then connects those job seekers to employers. This is a very important offering that will expand even further in our new design,” Karber adds.

WorkSource is a conglomeration of employment specialists from Career Path Services, which is a nonprofit employment agency; the Washington state Employment Security Department; Community Colleges of Spokane; Washington State Department of Labor & Industries; and the state’s Department of Social and Health Services and its Division of Vocational Rehabilitation.

WorkSource em-ployees offer job skill training assistance, provide customers with job search services via use of its free computer resource center, and can provide resources for access to personal assistance.

Williams and WorkSource staff recently held what they dubbed a “speed networking event.” Williams said it was a different twist to putting job seekers in contact with potential employers.

“The interviews could only last two minutes long,” Williams says. “Not only was the point to get as many job seekers as possible in front of as many employers as possible, but it was to also help job seekers learn how to be succinct and precise about themselves as an employment candidate.”

The event resulted in a total of 160 interviews being conducted in an hour, Williams says.

Rob Crow, who started working at WorkSource at the beginning of January as its administrator, says most employees at WorkSource, 43 of 64, are employed by the state’s Employment Security Department.

Crow, who is also an employee of the Employment Security Department, was hired to work in tandem with Williams to help improve customer service.

Another significant change for job seekers and employers that took place not only locally but at a statewide level last year was a complete redesign of the Employment Security Department’s website, which now has the URL, www.worksourcewa.com.

The redesign was done by Monster Worldwide Inc., the owner and operator of Monster.com.

“When the site launched last June, on its first day, 190,000 resumes from job seekers posted to the site while employers listed 160,000 jobs openings that needed to be filled,” Karber says.

“We’re really excited about the future, and we’ve only just started to scratch the surface regarding the opportunities we want to provide for businesses and job seekers down the road,” she says.