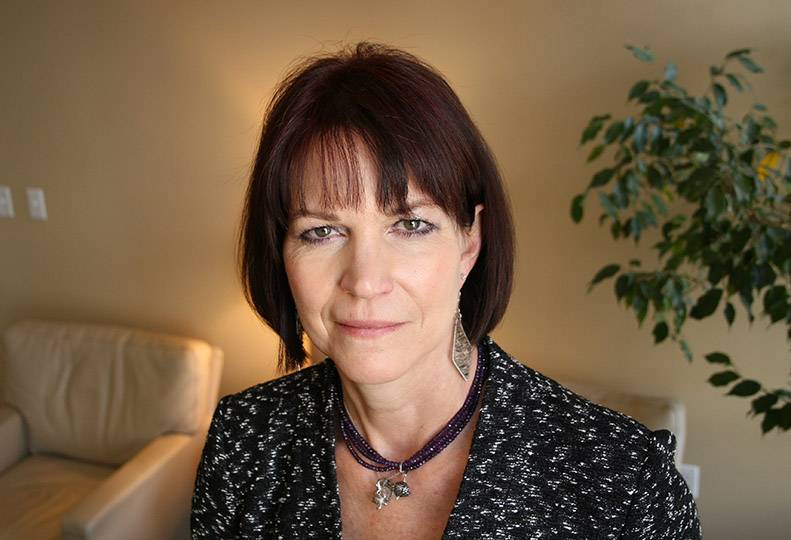 -—Staff photo by Jessica Valencia
Paine Hamblen LLP Managing Partner Jane Brown started with the firm as a legal secretary in 1990 and became an associate after graduating from law school here in 1995.

Jane Brown, who took over last April as managing partner for Spokane-based Paine Hamblen LLP after working more than 20 years with the firm in various roles, says she hopes it continues its track record of bringing on attorneys.

"It's hard to set specific goals because many things change," Brown says, but adds a long-term goal would be for the firm to show continued steady growth over the next few years. She says for the most part, Paine Hamblen has grown in practice and employment in years past.

Although all specialties within the firm are continually trying to better serve its clients, particularly when partners get older and practices need to be handed off to newer attorneys, IT law and business and tax law are key sectors within the firm for expansion, she says.

Paine Hamblen has a total of 45 attorneys firmwide. The 37 attorneys at its Spokane office include 22 partners, nine associates, and six of-counsel lawyers. It also has seven attorneys at its Coeur d'Alene office and one in Priest River.

Britt Kissock, human resources manager for the firm, says attorneys based in Spokane commute weekly to its offices in Tri-Cities and Walla Walla, which it recently opened this year. Brown says it doesn't have any plans to open another office. Including support staff, Paine Hamblen has 106 employees.

The firm hired two new lawyers this year, which is a typical annual increase for Paine Hamblen, although she adds that number can fluctuate based on the needs of the firm and the client base.

Paine Hamblen has operated here for more than 100 years, working out of the Washington Trust Financial Center, at 717 W. Sprague, since the building opened in the 1970s, Brown says. She attributes the longevity of the firm to good client service and lawyers willing to take a look at cases and situations that might be new territory. She says with almost 50 lawyers, the firm has a wide range of perspectives and areas of expertise.

The firm covers a number of law topics, including corporate law, employment-and-labor litigation, and transportation litigation, among other practice areas.

"There's something about having a mix of all these perspectives that's really good for the clients—and really good for the firm," Brown says, adding that having colleagues with different specialties enables individual lawyers to seek out help within the firm when needed.

Brown began working at Paine Hamblen in 1990 as a secretary, and started law school in 1992 at Gonzaga University.

"In our world, it's sort of the center of things," Brown says, of why she chose to enter law.

Upon graduating in 1995, Brown, who continued to work at the firm while attending school, started working in family law. She says she didn't intend to enter family law, but it was an open market at the firm.

"I think most people think of it as dividing pots and pans, but it's more complicated than that nowadays," Brown says.

Brown worked as an associate until becoming a partner in 2000. She currently handles 60 active clients and oversees about 70 other clients on average, she says.

Before joining Paine Hamblen, Brown attended college at Colorado College, a private liberal-arts institution in Colorado Springs in the late 1970s and early '80s, majoring in history. She worked in a law firm and with an independent oil company during the summer of 1979.

"I got a really good look at what it can be, and what it's like to manage a law firm," Brown says of her experience at the firm. From there, Brown worked in the oil industry for seven years until 1987, working in risk management and analyzing land titles.

Brown says learning how to delegate is one of the biggest challenge she's faced so far in her new role.

"There are only so many hours you can work," she says, adding that learning how to supervise, delegate and bring in business makes partners more effective at firms.

She says much of the business for Paine Hamblen is drummed up through word of mouth, or through longtime clients who continue to come back to the firm.

Brown, who weighed the cost of law school herself back in the early 1990s, says with tuition continuing to rise, some prospective law students will face challenges handling paying back loans.

The American Bar Association says the average cost of law school with tuition and fees has grown annually by a rate between five percent and 14 percent since the mid-80s, depending on residency of the student, and whether it's a private or public institution.

"It just keeps climbing, and sometimes it's just not a good equation," Brown says, adding that potential law students need to weigh the amount of debt against the prospect of what they will make upon graduation. She says taking into account how expensive some schools can be, there's not a lot of incentive to go to law school when debt can crest more than $100,000.

"A lot of legal jobs don't pay the money that allows that, not in the beginning anyway," Brown says.

After law school, attorneys are either hired on through a firm such as Paine Hamblen, or recent grads start up their own law practice. Both options have their own challenges, she says. Lawyers that go out on their own handle all aspects of the business, such as accounting and fronting overhead costs alone. She says some lawyers, even those who are seasoned, would prefer to work in a solo practice rather than a firm.

"It just depends on which challenge you'd rather deal with," Brown says. "You can't get around the hard work."