First of three branches slated to open in Kennewick in fall 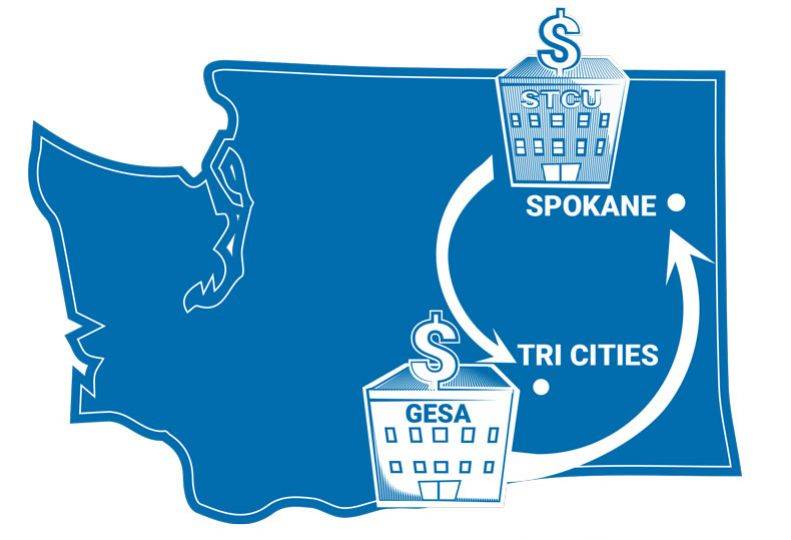 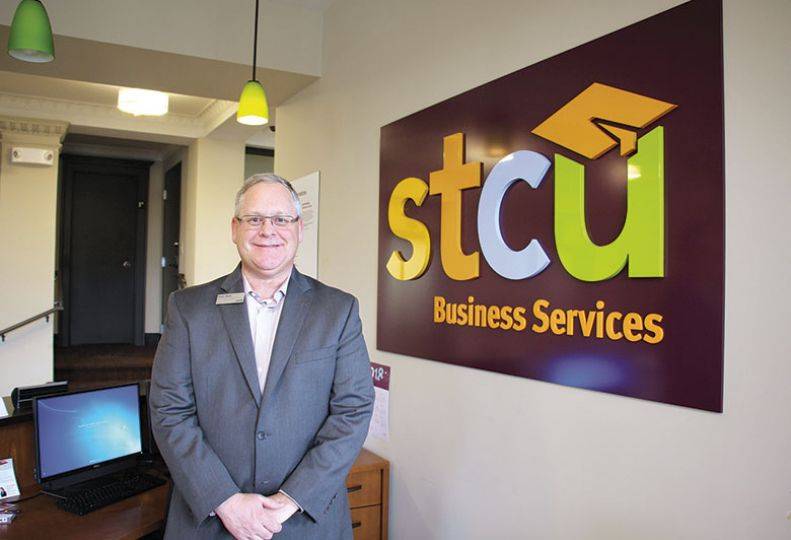 -—Samantha Peone
Sean Watt, vice president of retail and delivery for STCU, says the credit union is expanding to Tri-Cities becuse “it’s the next best place for us to be.”

Liberty Lake-based Spokane Teachers Credit Union plans to open one branch in each of the three cities collectively known as Tri-Cities by the end of next year, says Sean Watt, vice president of retail delivery for the nonprofit financial cooperative.

The growth will mark the first branches outside of the Spokane-Coeur d’Alene area for the credit union.

Watt says STCU purchased 1.5 acres of vacant land last month at 4842 W. Hildebrand Blvd., in southwest Kennewick, for its first branch in that city, which is about 140 miles southwest of Spokane. Under current plans, the branch will occupy 4,500 square feet of space and will include a drive-thru, a home loans office, and a 24-hour ATM.

ALSC Architects PS, of Spokane, is designing the project. No contractor has been selected yet, but a request for proposals is out, and construction is expected to be completed on that project in fall of this year. A project cost hasn’t been determined yet and won’t be finalized until a contractor is selected.

Aesthetically, he says the branch’s architecture and landscaping will fit in with its surrounding area.

“It’s important to us that the branch mirrors the community in which it is located,” he says.

Watt says STCU is in negotiations for properties in neighboring cities of Pasco and Richland, but he declines to disclose those locations yet. Both of those branches would most likely be built next year. Watt says opportunity is the main reason the credit union chose to open branches in the Tri-Cities.

“We see the Tri-Cities market as the next best place for us to be,” he says.

“We’re not going into this cold turkey. We’re going in there with some branch recognition and some existing members. Although we didn’t have a physical location down there, we had people who chose to bank with us because of the experience they had," Watt says.

The credit union already has 2,300 members living within the Tri-Cities, he says.

STCU spokesman Dan Hansen says some Tri-Cities residents are STCU members because of indirect lending relationships the credit union has to finance loans through some auto dealerships.

Also, many Tri-Cities members previously lived in Spokane or Coeur d’Alene before relocating to the Tri-Cities, says Hansen.

Hansen says the credit union looks forward to getting involved with the Tri-Cities’ community, especially within the education industry.

Established in 1934, STCU has more than 175,000 members, up from 160,000 at year-end 2016. The credit union has 21 branches, and membership is open to anyone who lives, works, worships, or attends school in Washington or North Idaho. Services the credit union offers include banking, online banking, credit cards, loans, savings accounts, and access to thousands of shared branching locations and ATMs.