Enrollment dips, though, due to strong economy, according to director 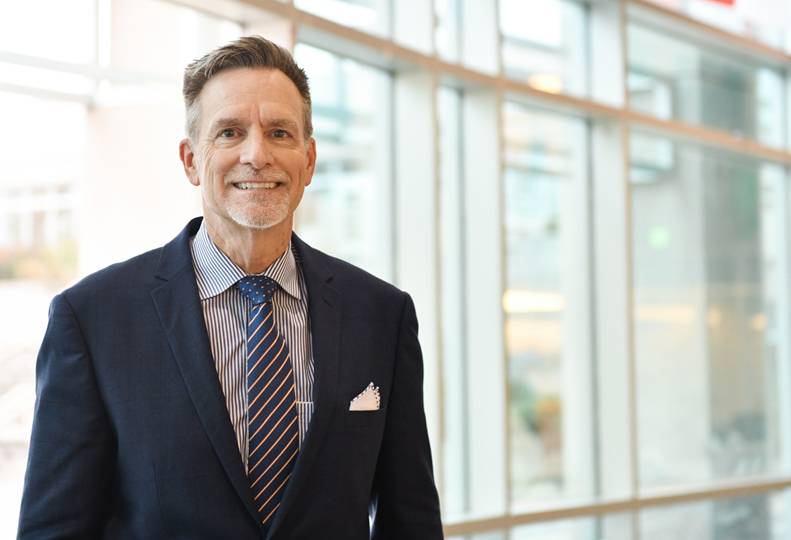 It’s ironic, but a strong economy in recent years is believed to have a played a role in a slight enrollment decline at Washington State University’s School of Hospitality Business Management.

“It’s a bit of a double-edged sword,” says Robert Harrington, the newly appointed director of the hospitality program.

“With a strong economy, there are more opportunities for students from businesses and companies, so we’ve seen some dampening of student numbers,” says Harrington, who took over as director on Jan. 1, succeeding Nancy Swanger, who has taken on the role of founding director for the Carson College of Business’s Granger Cobb Institute for Senior Living, on the Pullman campus.

Harrington says it’s common for internships to be extended, or even turn into full-time employment, when the economy is strong in the hospitality field.

Established in 1932, WSU’s hospitality program is the third oldest in U.S. The program also is affiliated with the university’s Carson College of Business.

Last fall, the hospitality program was ranked the eighth best hospitality program in the U.S. by an organization known as The Best Schools, which is a member of the National Association for College Admission Counseling and the American Council on Education.

WSU’s hospitality program is spread across a number of locations, with the majority of graduate and undergraduate students based at the Pullman campus.

Other WSU campuses where students are enrolled include Everett, Tri-Cities, Vancouver, and the César Ritz Colleges, a traditional hospitality school in Switzerland. WSU has had a relationship with the Swiss school since 1984 and has seen close to 1,000 students either study or earn their degree through César Ritz.

Statistics show a decline in undergraduate enrollment over the last five years. That trend, however, appears to have leveled off.

Meanwhile, online student enrollment, now 6% of the hospitality program’s undergrad enrollment, has been trending up. As of the fall, 14 of the 228 students were enrolled online compared to just six of 267 (2%) in 2015, records show.

University statistics show nine out of 10 graduates find employment in the industry once they’ve completed coursework.

Recently 284 program grads, out of a total 345 overall dating back to fall 2017, responded to a program survey.

Marriott International is the leading employer of recent grads, having hired 19 Cougs. The most common position first occupied out of college is that of management trainee, according to the survey.

Since taking over as director, Harrington has been soliciting input from faculty and staff to address short- and long-term goals.

“We want to be the model within our peer set of land-grant universities, to be the hospitality business management program of choice both regionally and nationally,” he says.

In order to do that, Harrington says, it’s important for faculty not only to continue, but also to expand on existing relationships with industries and experts in the hospitality field.

Pointing to the increase in students enrolled online, it’s critical for the department to expand and strengthen its online offerings moving forward, he says.

Harrington says he’s taken over an already strong program and believes it only will improve in the future.

Before being promoted, Harrington was the academic and associate director for the Carson College of Business at WSU Tri-Cities. He’s been a professor in the hospitality program since 2015 and is credited with helping play a key role in the development of the program’s wine and beverage business management degree.

Harrington was previously ranked 30th in the world by the Journal of Teaching in Travel and Tourism for his research productivity in the hospitality field.

A native of Moses Lake, Washington, he started his career in culinary arts as a line cook.

“It’s a great field to be in,” Harrington says of the hospitality industry. “If you enjoy working with others and helping others enhance their quality of life, then this is a great place to be.”