Banking in a gig economy

Wells Fargo works to meet needs of those with nontraditional incomes 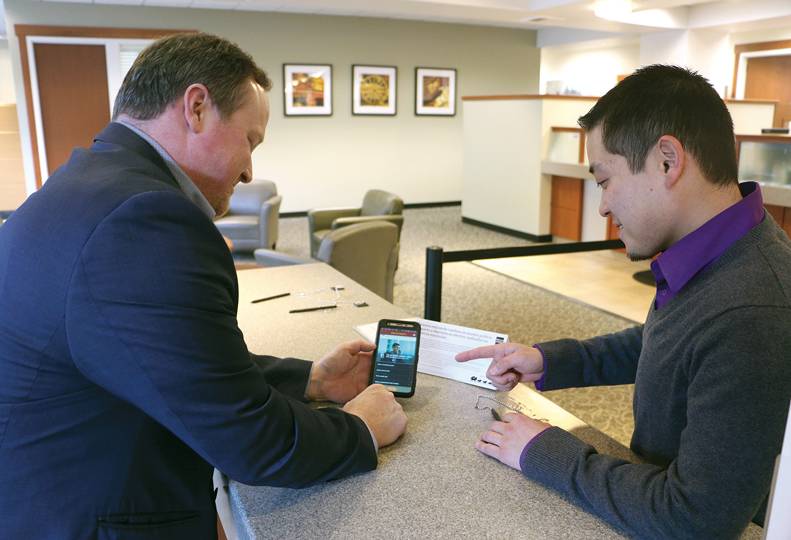 With technology enabling people to complete their work from just about anywhere, a growing number of workers are turning to “gig work,” or income-earning activities outside of traditional long-term employment.

Most gig workers are what are called freelancers—self-employed workers who offer services or goods to businesses, organizations, or individuals and often work with multiple clients at a time. These workers can choose to work freelance gigs instead of, or in addition to, full-time jobs and many are quite successful.

However, rather than a salary, such workers are paid for each “gig” they complete, which can make tracking and managing their finances a complex task.

Representatives from financial institutions with a presence here say they’re aware of the increasing popularity of gig work and are preparing to help such workers meet financial challenges, whether through existing services or newly created tools.

In November, San Francisco-based Wells Fargo & Co. launched a new phone app called Greenhouse, which is being marketed to gig economy workers, as well as to people who are just getting started in learning how to manage their finances.

Peggy Mangot, a San Francisco-based senior vice president of innovation for Wells Fargo, says the bank has started a seven-state pilot program for the app that involves customers in Washington, Oregon, California, Florida, Pennsylvania, New York, and Texas. The bank plans to use information gained through the pilot to determine a national rollout date.

Of the app, Mangot says, “It can be easier for workers who have a regular income to budget and manage their money. Those whose income fluctuates, such as seasonal workers or people with nontraditional jobs, may need additional tools to help them better understand how much they have and what they should spend in order to cover their bills.”

“It’s amazing what we can accomplish with just our mobile banking app, so it’s exciting to know we’re already thinking ahead to improving those tools,” he says. “Greenhouse is a great example of a new technology that’s been developed based on our customers’ needs and feedback.”

Although the Greenhouse app is still in the initial pilot phase, Missamore says once the app is launched nationally, local interest will likely increase quickly.

“Spokane is a very tech savvy city with lots of nontraditional workers and college students,” he says. “As those customers learn more about it and how it can benefit them, I think we can expect to see significant interest in it.”

Mangot says the idea for Greenhouse began in 2016, at a time when Wells Fargo was researching issues that customers struggle with when trying to manage their finances.

“We know there are many people who struggle with money management on a day-to-day basis, and we wanted to understand the challenges they face as well as what tools have helped them in the past,” she says. “It was fascinating to hear about some of the tricks people use, whether it’s using a calendar app to track bill due dates, spreadsheets, or setting aside cash in a physical envelope for savings.”

Mangot explains that Greenhouse uses two accounts that work together to help customers manage their finances. One account is meant for bills and savings, and the other is a daily spending account that’s tied to a debit card.

“Customers have told us that separation allows them to better control their spending and help them to feel confident in being able to pay bills on time,” she says. “Greenhouse allows customers to set reminders, so that the app will prompt you when a bill is due and give you the option of paying it directly through the app.”

Once bills are paid, she says, customers can decide how much money to place in their second account for day-to-day spending.

“Customers can see just how much they have left over for spending and set weekly spending limits if they’d like,” she says.

Mangot says the two-account method makes it easier for customers to see just how much money they have and allocate it to upcoming bills, savings goals, or their spending accounts.

“The app is also designed to help customers avoid spending more than what they have in their account,” she says. “If the customer’s account doesn’t have enough funds, the transaction will be declined.”

Mangot says there are also no monthly fees or overdraft fees associated with the app.

“Our research showed that customers were very concerned about fees, so it was important to us to offer a money management tool that didn’t include any monthly service charge or overdraft fees.”

Although she wasn’t able to disclose how many customers are using it, Mangot says so far, the Greenhouse app is meeting expectations.

“In terms of customer acquisition, we’re on track with our projections,” she says. “Feedback so far has helped us to confirm some of the app’s core functions as well as plan a roadmap for making it better for future users.”

According to the latest Federal Deposit Insurance Corp. deposit market share report, as of June 30, 2018, Wells Fargo had $787.7 million in deposits in Spokane County, or 9 percent of market share.

Although it appears that Wells Fargo is one of the first financial institutions to have created an application targeting the needs of gig workers specifically, most others here say their online banking applications are capable of providing similar services.

“STCU doesn’t have a specific app for gig economy workers,” says Dan Hansen, spokesman for Liberty Lake-based Spokane Teachers Credit Union. “However, many of the tools built into our online banking and mobile app can be used similarly.”

Hansen says STCU and most other credit unions offer accounts that don’t come with additional fees.

“That can be helpful for someone like a gig worker, who’s piecing together a living,” he says. “You can open as many accounts as you want, so a person could have all of their gig income going into a specific checking account, with automatic monthly transfers from that account into savings accounts labeled for expenses or savings. All of them can be managed through online banking or our mobile app, and they don’t take long to set up.”

Hansen says customers also are able to set up alerts for low balances or savings goals, and have bills paid out of any of the accounts.

“Anyone working the gig economy is going to have to budget carefully, and our online banking platform allows users to establish budgets with their known expenses and income and set goals for specific accounts,” he says. “We also offer free financial education workshops including budgeting 101, and we help members to avoid scams, some of which target those looking for ways to make money on the side.”

Britney Sheehan, a Seattle-based media relations spokeswoman for Charlotte, N.C.-based Bank of America, says the bank chose to design its online mobile banking application to include spending and budgeting tools, rather than a stand-alone product geared toward certain customers.

“This allows clients to see their entire relationship with us and helps us to better meet their changing expectations and financial needs,” she says. “The tool allows customers to choose which deposit and credit card accounts to include in the analysis and outlines up to 13 months of spending trends. It also integrates custom financial education content from Better Money Habits, an online training site we created in partnership with the Khan Academy.”

Sheehan says the bank also offers clients an account option called Advantage SafeBalance, which protects them from overdrafts and doesn’t include checks.

“I believe that financial health is core to the strategy of many large and small financial institutions,” she says. “And as we go forward, most will continue to seek new, better ways to help customers manage their money so they can better manage their lives.”