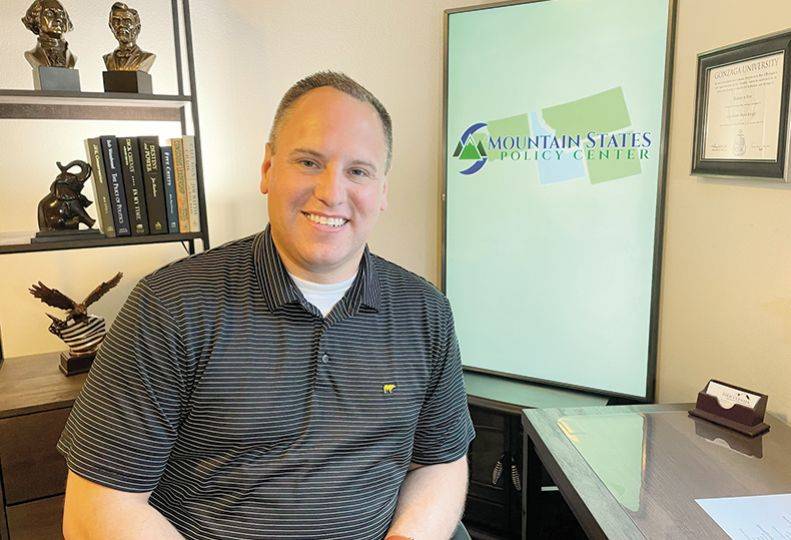 Chris Cargill, director of the Washington Policy Center’s Eastern Washington office, has announced he will step down in September to become the president and CEO of a new think tank organization, Mountain States Policy Center.

Cargill, 41, has been with Washington Policy Center for the past 13 years. His last day there will be Sept. 16. He begins work with Mountain West Policy Center the following Monday, Sept. 19.

“I’ve been really impressed by the notion of needing more free-market voices, not just in our area but in areas where you might think the free market doesn’t face any challenges, but indeed it really does,” says Cargill.

Mountain States Policy Center will represent Eastern Washington, Idaho, Montana, and Wyoming when it formally launches in October. He adds that the organization isn’t being created to compete with other free market groups in the region but to supplement the work they do.

Cargill will be the new organization’s only employee and will work under a 13-person board of directors. He says he plans to hire additional staff members as funding is raised.

However, the organization will work initially with a five-person team of contract researchers to provide analysis and content, says Cargill.

“We’ve raised over $300,000 in short-term and long-term contributions from all over the region,” he says.

Cargill, who lives in Liberty Lake, says he doesn’t have any plans to move, and the organization eventually will have offices in Coeur d’Alene and Boise.

Cargill was elected to the Liberty Lake City Council in January 2021 for a four-year term, which he says won’t conflict with or impact his new position.

One of the Mountain States Policy Center’s first projects will be to provide research and analysis regarding the Quality Education Act, a statewide initiative that will appear on Idaho ballots in November. If passed, the measure will increase funding for K-12 public schools by $323 million a year.

According to Reclaim Idaho, the grassroots organization supporting the ballot, the initiative proposes to restore corporate income tax rate to 8% and add 4.5% tax on income earned over $500,000 for married couples and $250,000 for individuals.

“We don’t believe that increasing the income tax is a good idea,” says Cargill. “The broader question is whether putting more money into K-12 improves outcomes.”

He contends that there are better solutions, such as giving parents the freedom to send their children to the school of their choice.