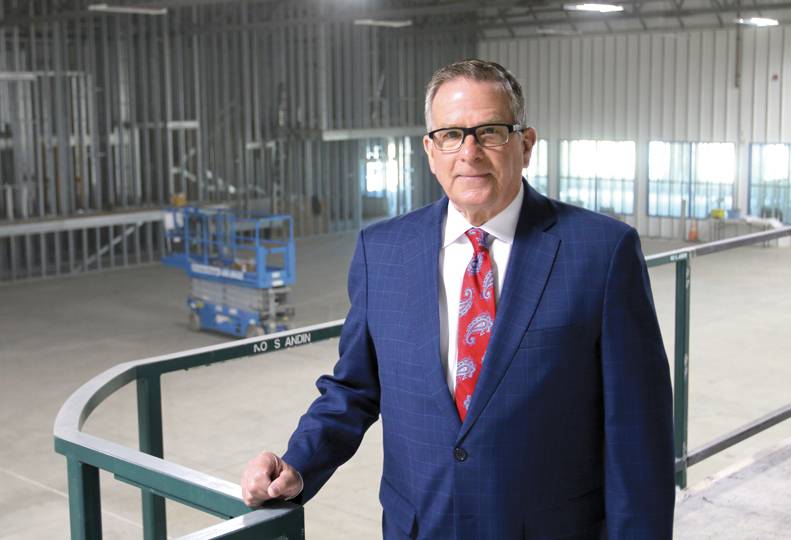 The Cornerstone Pentecostal Church has purchased the former Ice World facility in Liberty Lake, where the church plans to move from its current location following a $2 million remodel.

The newly acquired facility is located at 21510 E. Mission, northwest of the George Gee dealerships in Liberty Lake and east of the church’s current home at 21326 E. Mission.

The organization plans to renovate the 37,000-square-foot facility into a new sanctuary for the church, says Pastor Rick Mayo, who founded the church in 1994. Once the work is completed, the church will move into the new facility and work will begin at its current site to renovate the space into a private Christian school, he says.

Work on the former Ice World structure is expected to be completed by August, with preschool slated to begin there in September, says Mayo.

Cornerstone bought the site, which includes nearly 4 acres of land, for $2.7 million, according to the Spokane County Assessor’s Office records.

The new building will host a sanctuary capable of accommodating about 1,000 members, says Mayo. The current 23,000-square-foot church facility has a 600-person capacity. Additionally, the church’s administrative offices, coffee shop, and bookstore will move into the new building, where plans also include a full-size gym with a basketball and volleyball court, he adds.

The building was constructed in 2000 as an Ice World USA skating rink. In 2007, Hunt Family Properties LLC, the company behind Huntwood Custom Cabinets purchased it. The facility was occupied by Bargain Hunt, Huntwood’s bargain cabinet store, until the church bought it.

At the church’s current site, the school will be named Cornerstone Academy and will host kindergarten through sixth grade initially, with plans to add middle and high school grades eventually. Classes are expected to begin in January, says Mayo.

“We want to make sure we’re providing the type of academics they’d expect in a safe and protected environment,” he says, adding the school has already received state approvals.