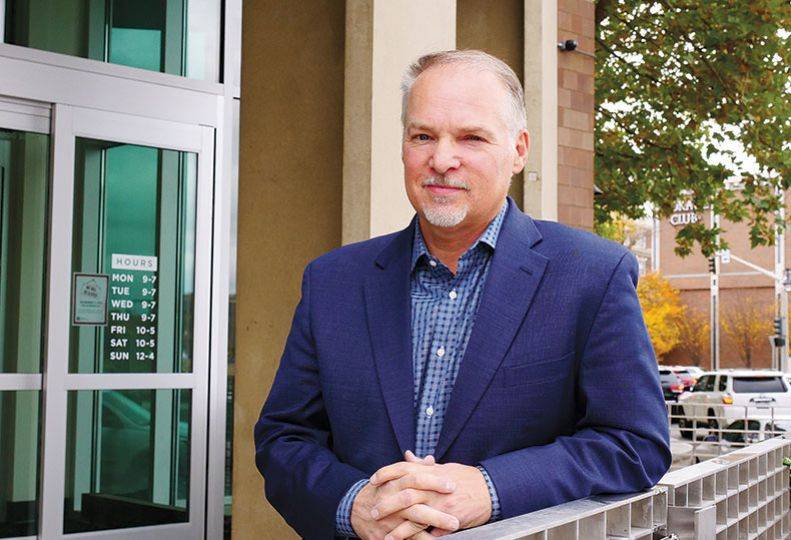 The Inland Northwest has become a minor hub for cybersecurity and is poised for further growth and recognition in the field as regional universities create programs for future cybersecurity workers, some experts in the field here say.

“It’s what I call a hidden innovation community, a hidden tech community, around the Inland Northwest, this sort of boutique industry cluster for cybersecurity,” says Kalivas, who has been involved in the founding of tech industry networking and events organization LaunchPad INW and entrepreneurship support nonprofit Connect Northwest. “I have a list of 40 or 50 (Inland Northwest) companies that either provide cybersecurity consulting or services, or they have a product related to security.”

“People don’t realize how many technology and cyber experts are making the Inland Northwest their home,” says Stratford, who is also CEO of Drip7 Inc., a subscription-based microlearning cybersecurity and compliance training startup. “They don’t necessarily work for a company that’s down the street, but they live here. They’re part of a brain trust that’s in the area.”

The cybersecurity industry also is growing in the Inland Northwest as more startups in the industry are created here, such as Coeur d’Alene-based cybersecurity threat detection company Quantum Star Technologies Inc.

“We have a micro-hub here because we have several startups and several companies addressing the huge need nationwide and globally,” Stratford says. “It’s a good place for startups to grow.”

Some cybersecurity companies started elsewhere have moved here or have established an office in the area, Stratford says.

Kalivas notes that many of the cybersecurity companies here are business-to-business product and service providers.

“There are so many software companies that people around here aren’t aware of, but they’re software as a service, which you don’t see … so you don’t really identify with them,” Kalivas says.

Another reason many people don’t realize the industry has grown in the area is a lack of promoting it.

“We haven’t really figured out a way to brand this … innovation ecosystem we have here,” Kalivas says.

Pat Massey, the Seattle-based director for Region 10 of the U.S. Cybersecurity and Infrastructure Security Agency, says, “Every industry is at risk from a cyberattack.”

Region 10 of CISA includes Washington, Idaho, Oregon, and Alaska. The federal agency was formed in 2018.

Massey says that cybersecurity as an industry is growing exponentially because the need for protection is growing.

“Our job is to work with industry, with government, and with the American people to try to make cyberspace more safe and secure,” he says.

In 2021, 43% of cyberattacks targeted small businesses, according to CISA. Such attacks on small businesses increased about 400% from 2019 to 2021, the agency’s data shows.

Stratford says that some large health care networks in the area report blocking up to 800,000 attacks in a one-week timeframe.

“We’re a medical hub. It’s one of the things Spokane is known for,” Stratford says. “The medical industry as a whole has had a huge increase in ransomware and cyberattacks nationwide. Medical is attacked because it’s information rich.”

Universities are also frequent targets for attacks due to the volume of student information such institutions keep. Whitworth University is one such example. The university announced in August that it had been the target of a ransomware attack that paralyzed many critical operations for several days, including the university’s email system.

“Because of the growth of the bigger businesses in that area, we’ve seen the demand for additional support with cybersecurity,” Moore says.

The global cybersecurity market was valued at about $185 billion in 2021, and is expected to surpass $202 billion this year, according to business consulting firm Grand View Research.

Educational institutions are responding to the need for increased cybersecurity education in order to produce a future workforce for the cybersecurity industry, Stratford says.

“It’s one of the fastest-growing areas of STEM, and in all different aspects, whether it’s hardware, software, workforce development, or certifications,” she says. “University of Idaho has master’s programs in cybersecurity that are known nationally.”

She adds that Gonzaga University is about to launch some cybersecurity certificates, and Whitworth, Spokane Community College, and Spokane Falls Community College are working on addressing more training and career tracks for students.

There are more than 769,000 unfilled cybersecurity roles in the U.S., according to cybersecurity workforce analytics platform CyberSeek. More than 16,000 of those positions are in Washington.

According to employment marketplace website ZipRecruiter, annual pay for most cybersecurity jobs in Spokane ranges from $39,500 to $297,000, with the average salary being $110,800 a year.

Massey says there are a growing number of colleges and universities in the U.S. that offer degrees and certificates in cybersecurity.

“We’re starting to turn the tide a little on getting people into the pipeline for cybersecurity,” he says. “The next decade is going to be critical. As more devices are connected to the internet, are we going to have the skilled workforce to try to secure all those devices and all those businesses that are connected?”

Stu Steiner, assistant professor of computer science at Eastern Washington University, says the Cheney-based university was designated a National Center of Academic Excellence in Cyber Defense in October 2021 by the U.S. Department of Homeland Security and the National Security Agency.

Two students are enrolled in the cyber operations bachelor’s degree program, which focuses on teaching students to seek and shut down cyber threats, Steiner says. Those students are expected to graduate in June 2024.

“They both already have conditional offers for summer of 2024 from various federal executive agencies,” Steiner says. “Coupling a computer science degree and cybersecurity, you’re pretty much guaranteed a job. Our goal is to graduate as many students as we can who are hands-on and ready ... for work as cybersecurity analysts, architects, and engineers.”