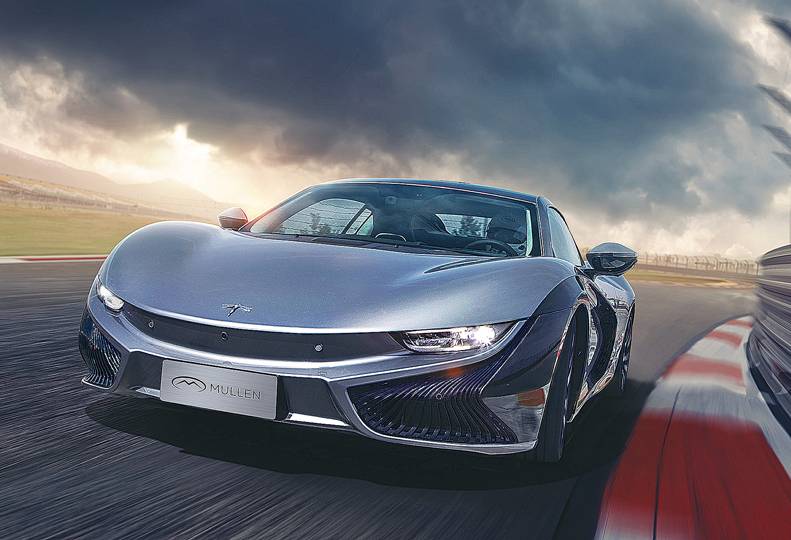 A young California company that plans to produce an electric sports car wants to plug its future into Spokane and aims to base hundreds—and perhaps eventually thousands—of jobs here.

Todd Coleman, executive director of the PDA, says initial operations are expected to create 55 jobs, and Mullen expects to employ over 860 here by 2026. Furthermore, the company has expressed interest through Mullen Energy to bring its next-generation lithium battery research and development to Spokane, which could increase the job count to roughly 3,000 at the facility. Coleman describes the planned positions as “strong wage-earning jobs.”

The development authority has agreed to build a two-phase facility totaling 1.3 million square feet and lease it to Mullen.

In the interim, the PDA is working with Mullen to secure a 100,000-square-foot facility that the company can occupy immediately to begin manufacturing the K50 while the new facility is being built.

“They need about 100,000 square feet now, in 2019, in order to have those first 55 jobs,” he says. “And they would start the assembly of a few hundred of the sports cars, and they would do the research and development of their lithium battery in that facility.”

Coleman says the PDA has helped locate a few suitable temporary facilities, one within the PDA boundary and some that lie outside the boundary.

The permanent facility will be located within PDA, at northeast corner of Thorpe and Craig roads, about two miles west of the airport and a mile southwest of Kent, Washington-based Exotic Metals Forming Co., at 12821 W. McFarlane Road.

The permanent facility will be built in two phases, he says, the first consisting of 500,000 square feet that will be able to accommodate the production of the Qiantu K50 and research and development of a new lithium battery.

“They would like to work here on the (research and development) for their lithium batteries,” says Coleman. “It’s an air-cooled lithium battery … they can make a lighter battery that has more capacity so they can get more range out of it for automobiles.”

The additional 800,000 square feet would accommodate the production of the lithium battery, he says.

Calin Popa, CEO of Mullen Automotive, a division of Mullen Technologies, says, “We’re going to start looking at the building plans as soon as next month. We’ve been offered quite a bit of land, so now we’re thinking maybe we should expand from the beginning into a larger area.”

Popa says the company plans to use Spokane-area contractors during the planning phase.

Next steps include completing a lease with Mullen, Coleman says.

“The concept here is that we will start negotiating on a lease agreement now that we have the letter of intent,” says Coleman. “The PDA will start putting together a package, because we would lease the land from the airport and build the facility.”

Coleman says the PDA plans to sell revenue bonds to finance the project.

Terry Dunne, of Terrence Dunne & Associates, who was involved in pitching Mullen to the PDA, says the easily accessible location—being near Interstate 90 and the airport, and having rail access—was a big selling point for Mullen.

Coleman adds, “They really see an advantage here of being able to use our advanced engineering programs (at the universities), because 100 of those jobs will be engineering jobs, so we’re hoping we can keep some of those engineering graduates from leaving the Spokane region.”

Popa says, “The (PDA) showed they’re going to do everything it takes to develop the Spokane area into a full-blown electric vehicle and manufacturing site. There are incentives to hiring local folks and bringing that unemployment rate down, training, and everything that contributes to helping create a dynamic workforce.”

Dunne, who is friends with Michael Magat, of Pasadena, California-based MZM Capital Management—a consulting company working with Mullen—says Magat reached out to him at the start of the year about Mullen Technologies, saying the company was in the process of raising capital in order to begin production on its electric sports car within the year.

Dunne says Magat told him the company was looking at Southern California locations, and Dunne suggested the Spokane area as a potential manufacturing site.

“I said, ‘Why don’t you take a look at Spokane?’” he says. “There are a lot of attractive features about the Spokane area, especially the state of Washington with no income tax and other favorable tax structures.”

“So, (Magat) passed that on to Mullen, and then I started contacting local people like Greater Spokane Incorporated, and then they contacted the West Plains-Airport Area Public Development Authority,” he says.

Dunne says that got the ball rolling to have Coleman visit Mullen’s facilities earlier this year and for Mullen and the PDA to draft a letter of intent.

Dunne estimates Mullen could begin initial operations in the Spokane area by mid- to late summer.

Adds Coleman, “This is right in line with what we’re trying to have the West Plains PDA area known for,” says Coleman. “and that’s advanced manufacturing and aerospace.”

Coleman says Mullen also has expressed interest in taking over operations at the Spokane County Raceway, which would continue to host its regular events, he says, but also would be used by the company to demonstrate the Qiantu K50 for prospective buyers.

Mullen had a busy 2018, having entered an agreement in December with Qiantu Motor, a subsidiary of CH-Auto, a leading automotive design and manufacturing company in China, to assemble and market the Qiantu K50 in North America.

Last week, Mullen debuted the new Qiantu K50 electric sports car, with an expected median price of $125,000, at the New York International Auto Show. The company will be the North American manufacturer and marketer of the car, which will be assembled with Chinese-made components. Qiantu means “future” in Chinese.

The K50 features an aluminum body frame with carbon-fiber body panels that have the color resin baked in, dual motors - one on each axel - which gives it all-wheel-drive capability with more than 400 horsepower. It has a top speed of 125 mph and a range of over 250 miles, says Frank McMahon, chief technical officer and chief engineer of Mullen Technologies.

The high-performance sports car is entirely electric, says McMahon, and has a solar panel on top of the car that charges the lower voltage battery that activates car’s air-conditioning system to keep the interior cool on warm days.

Mullen is expected to launch the new electric sports car in 2020, which it markets as an affordable electric vehicle option. Its website states Mullen is accepting a limited number of K50 reservations through 2019. McMahon says the next step will be for Mullen to produce an all-electric, “mid-premium” SUV that will be produced at a higher volume than the Qiantu.

Mullen is a privately held company but information on its website shows the company is planning an initial public offering this year.