Consolidation expected to be completed in late 2022 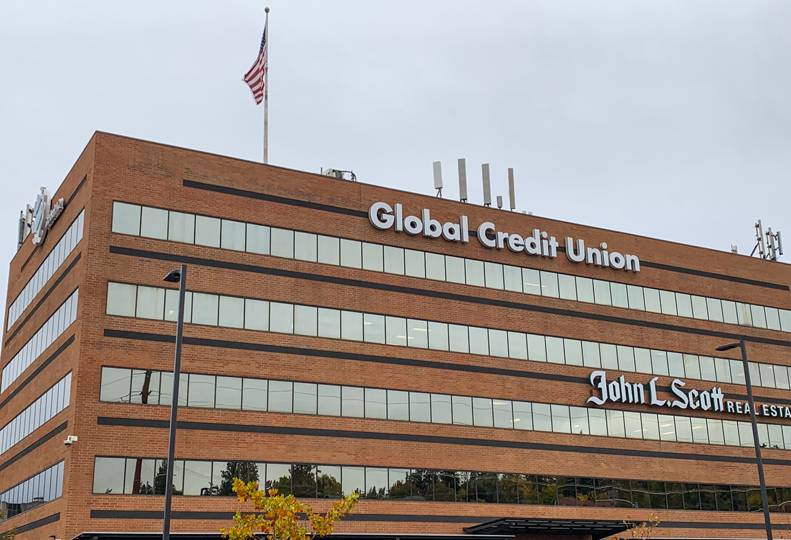 -Linn Parish
Global Credit Union operates nine branches in the Spokane-Coeur d'Alene area and is headquartered at this building , at 1500 W. Fourth in Spokane.

Pending regulatory approval, the combined entity will have about 745,000 members, 2,200 employees, and combined assets of over $11 billion, which would make the combined credit union one of the 15 largest credit unions in the U.S., according to a joint press release from the two credit unions.

The transaction, which is contingent on approval by Global Credit Union members and the National Credit Union Administration, is scheduled to be completed by late next year.

The press release characterizes the transaction as a merger, but some characteristics are more consistent with an acquisition.

For example, Alaska USA will extend employment offers to Global’s 200 employees, and Global’s current board of directors will serve as volunteers on a regional advisory committee.

Global operates 12 total branches in Washington, Idaho, and on U.S. military installations in Italy. Seven Global branches are located in Spokane County, and two are in Kootenai County. The credit union was founded in 1954 as Fairchild Credit Union and primarily served military and civil service employees of the Fairchild Air Force Base, on the West Plains, in its early years.

At year-end 2020, Global Credit Union reported assets of $536.1 million. Global ranks as the fourth-largest credit union in the Spokane-Coeur area, in terms of local deposits, on the Journal’s most recent Spokane-area Credit Unions list, published June 17.

Alaska USA, founded in 1948, has 67 branches in Alaska, Washington, California, and Arizona. One branch is located in Spokane, within the Safeway grocery store building at 933 E. Mission