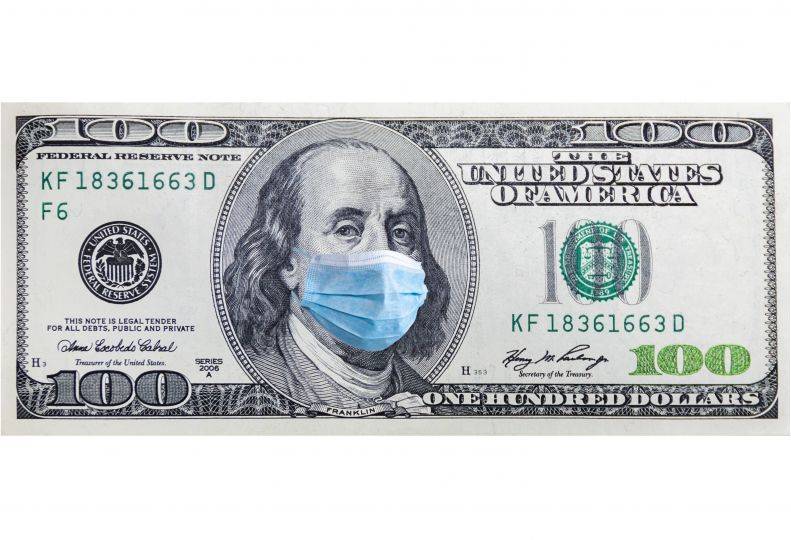 Fear of coronavirus has spread even faster than the virus itself, and Inland Northwest businesses are feeling the impacts both of the fear and the outbreak, through disruptions to supply chains, travel itineraries, and everyday office life.

Earlier this week, for example, one of Spokane’s largest private employers, Avista Corp., sent out a recommendation to its workers saying  they should work from home, if possible, through at least Friday, March 27. Avista spokeswoman Casey Fielder says the recommendation is intended to prevent the spread of the virus at the energy company, which employs about 1,200 people in the Spokane area and another 425 elsewhere.

Coronavirus, also known as COVID-19, is a highly contagious virus that originated in China and has spread to much of the world, including Washington state. While numbers change daily, at least 125 people in the state were confirmed to have coronavirus and 22 people had died of the virus as of press time, with a heavy concentration of cases and resulting deaths in the Puget Sound area. Symptoms include fever, coughing, and shortness of breath.

As of press time, no cases of coronavirus had been detected in Spokane County.

Rohinni LLC CEO Matthew Gerber says the 6-year-old micron-scale lighting application and tech engineering company expects at least one project timeline will be affected by a slowdown in productivity due to quarantines placed on Rohinni’s partners in China. Gerber says a joint venture, called BOE Pixey, was just ramping up toward production when the outbreak hit workers at the BOE facility, which is located about 200 miles east of the epicenter of the outbreak, and the area went into quarantine.

“The risk there is we don’t ramp it up as quickly as we had hoped, so we lose out on the ability to start production this year,” says Gerber, from Rohinni’s headquarters in Coeur d’Alene.

Gerber says he’s not too worried about a delay in production, partially because most of the employees at the BOE facility have returned to work after the quarantine was lifted about two weeks ago. Due to supply chain issues, production at the facility is at 80%, but Gerber says he expects it to return to 100% soon.

“At worst, we’ll be maybe a quarter or so behind where we wanted to be at this point, given how things are unfolding,” he says. “It could change, because it’s a fluid situation. But we’re not seeing catastrophic impacts; we’re seeing delay impacts more than anything else.”

“We were early,” Gerber says. “We have such frequent contact with our partners on the ground in China that we probably had more of an awareness of what was going on than other companies.”

Other manufacturers here are monitoring the situation, but appear reticent to comment on it. Liberty Lake-based meter reading technology maker Itron Inc. said in a written statement that it has established a risk management team to evaluate potential impacts to its operations. The company didn’t respond to follow-up questions. Some others didn’t respond at all to the Journal’s inquiries.

With the option of traveling to China off the table, Gerber says the Rohinni team has significantly increased use of video conferencing platforms.

Video calls are a technological solution many other companies have adopted, including Seattle-based dogsitting and walking service provider Rover.com, which has 75 employees in an office in Spokane’s Wonder Building.

Jovana Teodorovic, head of people and culture at A Place for Rover LLC, which does business as Rover, says the leadership team decided on March 1 to release new guidance encouraging its office employees to work from home and requiring job candidate interviews to be conducted online.

Since then, Rover’s offices in Spokane and Seattle have remained open, but those offices are much quieter than they were before the outbreak.

“Most people are choosing to work from home,” Teodorovic says. “Some have come into the Spokane office and the Seattle office — not a ton, though.”

The leadership team is assessing the situation on a weekly basis to determine when to invite those working from home to return to the office and when to lift its corporate travel restriction, Teodorovic says.

“There’s no playbook for this,” Teodorovic says. “Our best approach is to remain on top of the information that’s coming out and assess things every week.”

Meanwhile at other companies, some employees continue to travel on business — even if they cancel personal travel plans.

Harry Sladich, Spokane-based executive vice president of lodging and franchise operations for Denver-based Red Lion Hotels Corp., which has an office of about 15 people here, says he canceled his family’s spring break trip to Paris due to the outbreak itself and the fact that fear of the virus has closed many tourist attractions.

However, Sladich says he is required to travel for his job and is continuing to do so.

“I’m probably in an airplane every two weeks,” he says. “I haven’t canceled any of those flights. If I could make a choice, I would probably cut down on travel.”

Sladich says he’s always wiped down his seating area when traveling on airplanes, but now he’s more diligent and thorough in his cleaning process.

He’s also more hesitant about boarding a plane if business can be conducted other ways.

“I’m now saying to myself, ‘Can I handle that with a phone call rather than a trip?’” Sladich says. “I’m pausing more than I would have before.”

Red Lion hasn’t imposed a travel-restriction policy, but Sladich says the company is making it clear to employees that travel is optional.

“We’ve told them that if they feel uncomfortable with travel, to let us know, and we’re happy to find a workaround,” he says. “So far, no one has told us that, but we want to make sure that they feel comfortable saying ‘I just don’t want to go on this trip.’”

Red Lion has been making plans for how to continue operations in case some employees must be quarantined or the company enacts a work-from-home policy.

“Our chief information officer, the IT folks, HR, operations, we’re all in meetings talking about … what resources does the company have to make sure an employee can stay home and get what they need,” Sladich says.

The company has issued laptops to critical employees, Sladich says, and upgraded its phone system to allow employees to work from home.

Employees at Tacoma-based MultiCare Health System, which owns Deaconess Hospital, Valley Hospital, and Rockwood Clinic in the Spokane area, don’t have the option to work from home due to the nature of health care work in many cases. Kevin Maloney, Spokane-based spokesman for MultiCare, says the company continues to encourage employees to stay home if they feel ill. Also, it has suspended all internal meetings of more than 100 people, and it has restricted most air travel.

“If there’s not a reason to travel, then why take that risk?” Maloney says. “We’re trying to keep business as usual, while using good common sense.”

Sladich says one of the most powerful things Red Lion accomplishes by holding meetings with employees regarding the company’s reaction to the COVID-19 is educating employees about the virus and how prevent it.

For example, when employees requested that the company buy masks for them, Sladich says the company referred to a message the U.S. surgeon general’s office disseminated in late February: there aren’t enough masks for those who need them, such as people who are immunocompromised or already sick, and masks don’t protect healthy people against the virus.

“Read how you get it and what you can do to prevent it, because knowledge is power,” Sladich says.