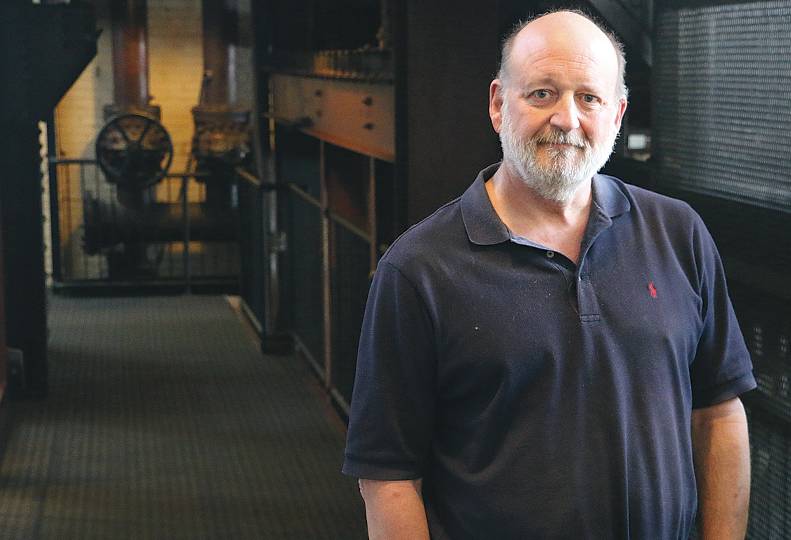 Spokane architecture firm Sam Rodell Architects AIA is one of two Spokane-area companies that have signed on to the 2030 Challenge to reduce greenhouse emissions produced by the construction industry, a challenge owner Sam Rodell says his firm is well on its way to meeting.

“It’s hard to be articulate about the nature of the challenge that we face,” says Rodell. “Climate change is the ultimate thing that we need to address … the construction industry is clearly going to have to be part of the solution.”

The American Institute of Architects estimates the construction and use of buildings is responsible for 75% of the annual global greenhouse gas emissions. Buildings alone account for 39% of emissions, according to AIA estimates.

“We’re never going to get to where we need to be without the construction industry changing the way that it does business very quickly,” Rodell says.

Rodell is located at 159 S. Lincoln in Steam Plant Square, and currently has six employees.

In Washington, only four companies are signed onto the challenge, including Rodell’s. The only other company here that’s participating is the Spokane office of Omaha, Nebraska-based HDR Inc., which has an office at 835 N. Post in downtown Spokane.

Colin Rohlfing, Chicago-based director of sustainable development for HDR Inc., says, “We work a lot in the environmental sciences space … and we’ve seen the direct impacts that environmental degradation and climate change are having on our communities.”

He adds, “It just made sense to us, the company, that if our mission is to work on these projects, our mission is also to sign on to industry commitments that allow us to prove it. You can’t really improve what you don’t measure.”

Rohlfing says he was a member of the working group that designed the reporting system the 2030 Challenge currently uses.

“It’s using the same technologies,” he says. “The good news is that the change is possible; it’s not hard.”

Rodell contends that other industries, such as aerospace, would require research and technology that potentially doesn’t exist yet to reduce emissions.

The construction industry already has all the technology necessary to make the change, says Rodell, who has adopted the German Passive House design techniques.

“This is a way of building that has been mainstream for a long time in Europe,” he says. “There’s nothing new, or edgy, this is not cutting-edge stuff.”

Data compiled by the AIA show all the residential and commercial projects by Rodell in 2018 exceeded the goals set by the 2030 Challenge, showing the average overall reduction in emissions across Rodell’s portfolio was 85%.

Rohlfing says HDR’s portfolio has seen a 5% reduction in emissions per year since it signed on in 2009 and is currently at a weighted average of 52% emissions reduction.

Rodell contends that the use of the passive house techniques played a significant role in the reduction rate by his firm.

Passive house is a building standard designed to be energy efficient, comfortable, and affordable says Rodell.

“You can think of it as the Tesla of architecture,” says Rodell. “It’s all about physics, it’s all about intelligent design, there’s nothing approximate about it.”

“This works so well with commercial and institutional projects,” he says. “You’re talking about savings that are just jaw dropping, because it’s six figures annual savings to a building owner that has high energy needs.”

Passive houses are designed to be completely airtight, allowing for controlled air filtration.

“There’s a tremendous benefit in terms of health with passive house, because of the interior air quality, which is pristine,” he says.

“Building an airtight building allows us to manage the ventilation. We can engineer it and know with confidence that it’s going to work properly,” he says. “If you build a building using mainstream construction methods, it’s so porous that you give up that control.”

“There’s quality control over the build,” he says. “We register our projects with (the institute) and they critique our work … it’s a real assurance to both us and our clients that nothing’s being missed.”

As part of an internal initiative to create environmentally friendly models of 100% of its projects, Rohlfing says HDR has implemented several new technologies into its design process, including design software Rhino with a plug-in Grasshopper, and has created coded scripts that allow employees to run energy models, daylight models, and wellness models.

“That’s been the most effective thing,” he says. “Giving designers tools. Tools that are easy to use, tools that are graphic in nature, and tools that are really design tools that overlay energy and carbon information into their process.”

Rohlfing adds that HDR’s Seattle office has set up a regenerative design studio, in which all projects are pushed to reach triple-net-zero and beyond.

“We are creating a regenerative design framework that is trying to figure out what’s next,” he says. “We’re trying to focus on regeneration now, where we’re actually sequestering carbon on projects, where we’re revitalizing habitats … so that all of the negative environmental degradation that’s been done in the past 100 years, we’re trying to undo.”

Triple net zero means the buildings are not only energy efficient, but water and waste efficient as well.

Rohlfing states that the Pacific Northwest’s policies make it a perfect testing ground for such projects.

Along with the passive house standard, Rodell also works with hot water systems and is exploring hybridizing electrical systems to better use low-voltage direct current power systems in homes to increase energy efficiency.

“After you’ve taken care of your heating and cooling demands, hot water becomes a relatively big number … delivering hot water in a way where the clients don’t wait for it … those are the things they care about,” says Rodell. “We’re also producing it at a third of the cost of energy of a mainstream hot water system.”

As of July 2018, the 2030 Challenge has 525 firms signed. Data released by AIA show 17.8 million metric tons of carbon were saved over the 2030 baseline equivalent buildings, amounting to $3.2 billion in annual operating savings in 2017. Data on savings for 2018 is not yet available.

Rodell’s firm is also the smallest signed on out of the Washington companies, which boast from 100 to over 1,000 employees, while Rodell’s firm ranks in the five-to-nine employee category.

He contends that the West Coast markets - California, Washington, and Oregon - and federal clients are the biggest contributors to the emissions reductions, which is closely followed by Canada, the East Coast, and Germany.

However, data analysis provided by the association states that the current trajectory shows the 100% carbon neutral by 2030 will not be attained. It suggests the goal could be met with stricter codes, more energy modeling, and other market motivators.

“It’s going to take collective action,” says Rodell. “The fact that we’re doing all this isn’t going to matter if we’re the only people doing it. That’s why the 2030 Challenge is so important.”

Rohlfing adds, “We only have 12 years left before we hit a fairly large tipping point when it comes to climate change. We have to show how we’re tracking toward it and improve faster.”