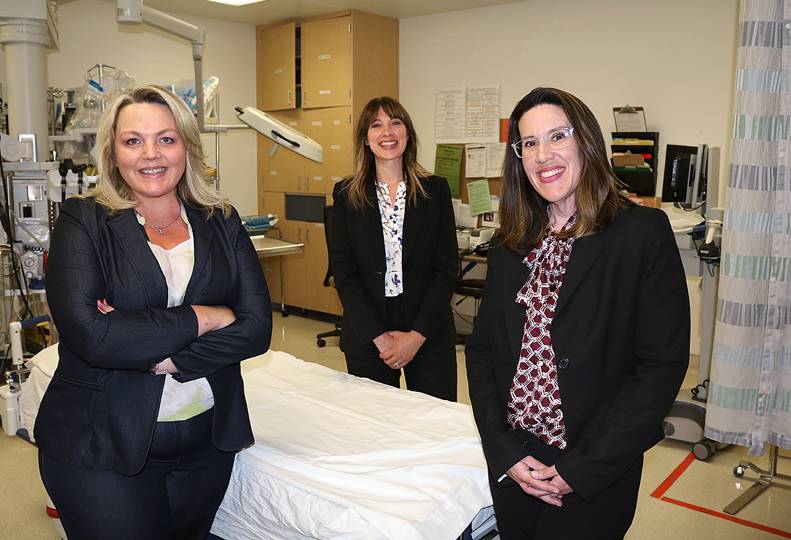 For many professionals, being notified that their jobs are to be eliminated would cause alarm and stressful uncertainty. For Lori Gibson and Jennifer Offereins, it provided the impetus to launch an entrepreneurial venture.

“We were told on 11/7/16 we were going to be laid off, and on 11/8 we looked at each other and said we should open our own consulting firm. That’s how we got the name Eleven8 Consulting,” Gibson says.

Offereins says, “We were both pretty vocal about it because we were really excited. It was kind of a snowball effect – from ‘Can we do this?’ to ‘We can do this,’ and then, ‘We’re going to do this.’”

She adds, “We actually had a signed contract before our last day, so it was a very natural transition.”

In the 32 months since Eleven8’s launch, Gibson says, it has added three employees and a new soon-to-be part-owner, Danielle Langdon, who lives in the Seattle-area and has extensive experience in customer engagement. It has contracted so far with five clients, but on multiple projects for some of them, leading to work in Spokane, Seattle, elsewhere along the West Coast, and even on the other side of the country, in New York.

Offereins says Eleven8’s own revenues have shown steady quarter-to-quarter improvement, and she adds that its employees are informed at monthly team meetings about how Eleven8 is performing financially.

Asked how it has fared overall compared with what she and Gibson had anticipated when they launched it, she says, “I think it has exceeded all expectations.”

Gibson, Offereins, and Langdon say they hope to expand Eleven8’s reach into other business sectors, such as technology, retail, service, and education, though that probably won’t occur any time soon.

Langdon’s professional resume includes years of customer-focused efforts, including working for Amazon and Time magazine. She’s working limited hours for Eleven8 at the moment, but says she already is being treated like a business partner by Gibson and Offereins and expects to be working full time with Eleven8 by this fall.

“Right now, our focus and strategy is to stay within health care because there is such opportunity there,” Langdon says. “As hospitals downsize and really try to save money, they still need operational-excellence people to come in, but they can’t afford to keep them longer term,” which translates into contract work opportunities for Eleven8.

“There is so much opportunity there, not only in Spokane, but in Seattle and across the U.S., where we are able to fly in and provide that very ‘surgical’ help and produce tangible results in the timeframe we’re there, and then move on,” she says. “In health care in particular, they’re so behind in measuring those things, they’re just catching up.”

Eleven8 leased some office space initially, but Gibson says she and Offereins decided it wasn’t needed – partly because it performs so much of its work onsite at clients’ locations – so the owners and employees now work from their homes.

The firm’s billing method depends on the client and the type and duration of the work it’s being asked to do, Gibson says, meaning it typically charges an hourly fee on long-term contracts and negotiates a lump-sum fee on short-term projects.

Gibson and Offereins, as the firm’s founders, also serve as its principal consultants.

Gibson, originally from Libby, Montana, has a master’s degree in social work and began her career in 1995 as a licensed therapist with a focus on crisis management and intervention. She developed considerable expertise in behavioral health before expanding into primary care and internal medicine leadership roles.

“People say it’s kind of an odd transition, but I use my behavioral health skills every day,” Gibson says of her professional evolution.”

Offereins, a Spokane native who lived and worked in Seattle before returning here 12 years ago, has a master’s degree in industrial organization psychology, which she describes as “basically the psychology of business.”

Offereins has worked in a couple of industries since 2003, starting out in banking, where she helped create leadership development programs, manage employee surveys, and analyze employee performance levels. She transitioned into health care in 2008 after her husband landed a promotion that brought the couple back to Spokane.

She was the first hire in Providence’s operational-excellence department here, starting that year and applying her efforts at both Providence Sacred Heart Medical Center and Providence Holy Family Hospital, as well as at other Providence facilities in Eastern Washington and Montana. Gibson, already a Providence employee, joined the department in 2014.

Gibson and Offereins got to know Langdon when Eleven8 contracted with its first client, a Seattle-area technology startup focused on health care software, where Langdon was employed as head of customer engagement.

The Eleven8 founders worked directly for Langdon from 2016 until just recently, and Gibson says their positive impressions of her “special twinkle” in the area of customer relations led them to invite her to join them as owners of the firm.

Langdon adds, “I come from big business, big tech, so my background is not health care per se, but is more about customer obsession and really starting with the customer and working backwards.”

With Eleven8, she says, her focus will be on “working our networks here and in Seattle to develop a groundwork and a very structured business plan to get us over the next five, 10, 15 years” and positioning Eleven8 for expansion.

Eleven8’s other employees include another consultant, a full-time data analyst who Gibson says focuses on gathering “big data” that’s key to the firm’s services, and a part-time business manager.