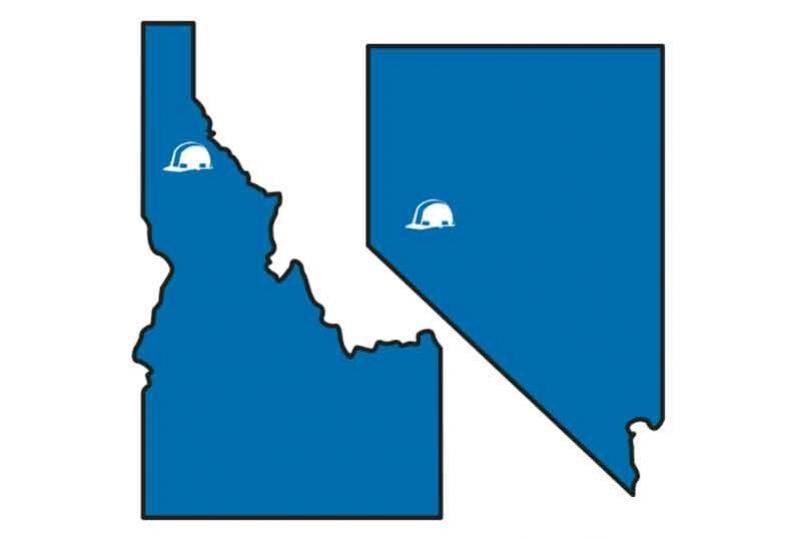 A pair of shareholders has filed a lawsuit against Hecla Mining Co. accusing the 128-year-old Coeur d’Alene-based company of violating federal securities law.

The lawsuit, filed in the Southern District court of New York, alleges Hecla senior executives misrepresented for over a year the cash flow outlook of its Nevada operations—acquired last year for about $153 million and 75 million shares of Hecla stock—and failed to notify investors of issues found at the Nevada mines.

The civil complaint names as defendants the company and three members of its C-suite, CEO and president Phillips S. Baker; senior vice president, chief financial officer, and treasurer Lindsay A. Hall; and senior vice president of operations Lawrence P. Radford. It was filed May 24 on behalf of two shareholders who also are seeking certification as a class action on behalf of all shareholders who bought stock in the company between March 19, 2018, and May 8, 2019.

A Hecla spokesman denies the allegations.

“We do believe this lawsuit is without merit and will defend it vigorously,” says Luke Russell, Hecla’s vice president of external affairs. Russell declines to provide additional comments, citing a company policy against commenting on ongoing litigation.

The complaint accuses Hecla and its executives of engaging in a plot to deceive the market and of acting in such a way that Hecla’s stock was artificially inflated. It further accuses the company of defrauding investors by misrepresenting the conditions of the Nevada mines and their potential for profits.

The company initially had high expectations when it announced its plans on March 19, 2018, to acquire Reno, Nevada-based Klondex Mines Ltd., and its three Nevada gold mines: Fire Creek, Midas, and Hollister.

In a series of subsequent press releases and earnings statements, however, the complaint says the company described unforeseen problems and expenses associated with the Nevada properties, and last month warned that it might not realize a return on its investment in them.

At the time of the initial acquisition, the suit says, Baker said the mines were “some of the highest-grade gold mines in the world” and that after “extensive due diligence, we see significant opportunity to improve costs, throughput, and recoveries over time with our expertise.”

During a conference call following the press release, Baker said Hecla was familiar with the mines, as Hecla had been involved in the Hollister mine about a decade ago.

Baker said the company began doing due diligence around the beginning of 2018 and that Hecla had been granted access to the mines and key employees, “which gave us significant insights into the properties, particularly Fire Creek.” He stated that the principal driver for the acquisition was the Fire Creek mine, “and the hundred thousand-plus ounces of gold it produces a year.”

Hecla completed the acquisition of the Nevada mines on July 23, 2018.

The complaint says that on Aug. 9, 2018, during a question-and-answer session on a conference call following a press release regarding second-quarter financial results, Baker said that Hecla expected the mines to be self-funding for the remainder of 2018 and that the company didn’t expect to funnel additional capital into the Nevada mining operations.

Just over six months later, on Feb. 22, Hecla filed its annual report with the U.S. Securities and Exchange Commission. The suit alleges that the report attempted to warn that the benefits expected from the Nevada mines might not materialize. The report gave several reasons for the warning, including issues integrating operations and personnel, higher-than-expected acquisition and operating costs, inaccurate reserve estimates, and unrealized exploration potential, among other reasons.

On May 9, Hecla issued a press release regarding its first-quarter results for 2019. The release stated that the company’s Nevada operations were under review.

“A year ago, when doing the due diligence, we recognized certain problems with Fire Creek dealing with tough material, managing the water, equipment availability, getting enough development to have consistent production, (and) lack of characterization of ore types,” Baker said in a conference call following the release; mineral ore such as gold is characterized by its grade, or the concentration of the mineral. “And while we’ve made progress in dealing with the issues we saw, the short answer is it’s not been enough.”

Baker said Hecla was questioning whether the company would get a return on its investments in the Nevada mines.

“Since we don’t know the outcome of the review, we are suspending guidance until we do,” he said.

During that first quarter, Hecla reported a net loss of $25.7 million, or 5 cents a share, compared with net income of $8.2 million, or 2 cents a share, in the year-earlier quarter. The company said the results were primarily due to $13.8 million in losses from the Nevada operations resulting from higher costs, as well as a lower quality of ore and lower quantities of recovered ore than Hecla had expected. Expenditures at the Nevada mines were 1.5 times that of Hecla’s other mining operations combined. In the press release, Hecla said it was deactivating the mining contractor and focusing on mining previously developed parts of the Midas mine as part of its efforts to reduce spending and improve cash flow at the Nevada operations.

The lawsuit asserts the executives knew of the issues with the Nevada mines and neglected to disclose those issues prior to the May 9 release. The lawsuit says the defendants have the power and authority to control press releases and other presentations, and could have prevented false information from being released, or corrected such information after its release, but failed to do so.

As Hecla deals with the lawsuit, it continues to be engaged in a labor dispute closer to home.

At Hecla’s Lucky Friday mine, near Mullan, Idaho, 230 union workers have been on strike for more than two years. The Lucky Friday Strike began on March 13, 2017, over workers’ demands for better worker safety standards and opposition to Hecla’s desire to change the seniority-based bidding system that governs work assignments, according to Mining.com. The Lucky Friday mine is the largest underground silver mine in Idaho’s Silver Valley; in 2016, the mine produced 3.6 million ounces of silver.