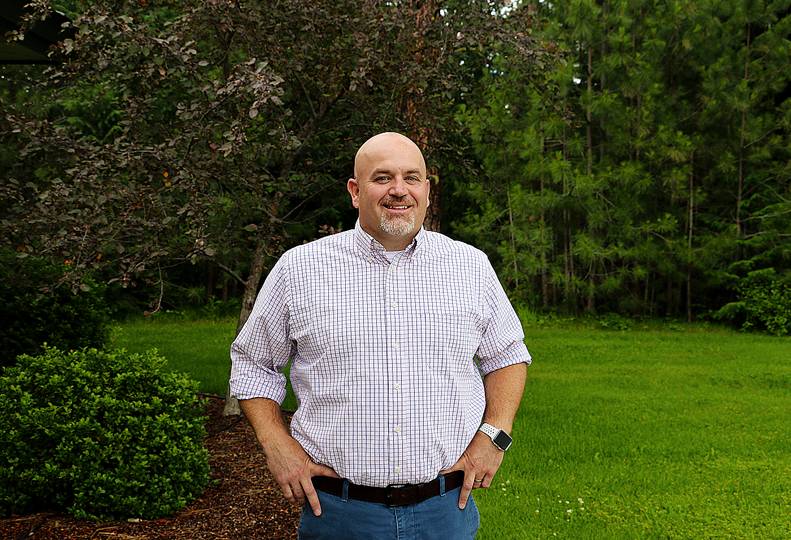 Coeur d’Alene-based nonprofit health care provider Heritage Health has witnessed a six-fold increase in the number of patients it serves annually during the past decade.

With the state of Idaho’s upcoming Medicaid expansion and an anticipated increase in demand from Medicare patients, that number is expected to ramp up even more in the coming years, CEO Mike Baker says.

“I believe that over the next five or six years, we need to double in size. We’ll be looking at about 60,000 patients instead of 30,000 patients,” Baker says. “That’s going to be a big lift for all of us, but that’s the pace that our community is growing.”

As Idaho’s expansion of Medicaid – which was signed into law by Gov. Brad Little in April – takes effect, Baker says Heritage Health will have to determine how it will serve an inevitable increase in the number of Medicaid patients seeking care. He says about 24% of the total number of patients Heritage Health serves are insured through Medicaid, and the nonprofit expects to see that number increase by 5% to 10% once Idaho’s Medicaid expansion has been fully implemented.

Medicaid, which receives federal and state funds, is a state-administered medical insurance program for people with low incomes or little access to health care resources.

“Medicaid expansion will be a huge game changer for Idaho,” Baker says. “We have watched while all the other states around us have expanded Medicaid, and we’ve seen some really good outcomes from that. People aren’t declaring bankruptcy because they had a heart attack, because they have coverage now.”

Baker says Heritage Health, which operates 12 offices and clinics throughout North Idaho and employs 300 people, of which about 100 are providers, is likely to be busy serving new Medicaid patients, and the costs of serving those patients will briefly spike.

“I think we all know that costs for the first several years are going to be higher than anybody thought, because there’s pent-up demand in the system,” Baker says. “We have patients who have needed a knee replacement for five years. They’ve done physical therapy. They’ve done everything they can, but at some point, there’s just nothing else we can do, so we need to do a knee replacement. We have to remind the Legislature that that’s kind of the cost of delaying care. Once we get through that backlog, we really have to make sure that everybody sees that costs of care start to reduce.”

Baker says there’s also a backlog of patients in Kootenai County who are already on Medicare, but struggle to access prompt care.

“If you have Medicare and you move into the community today … it’s going to be really hard to find a provider that will see you anytime soon,” Baker says. “That population continues to grow, so you’ll have people who are moving here but can’t find a doctor.”

Baker says the nonprofit’s 2019 operating budget is about $30 million. About 12% of that comes from a federal Health Center Program grant, Baker says, while the rest of the budget is funded through patient fees and insurance billings.

He says that Heritage Health’s funding model has undergone major changes in the past 10 years. The amount of the federal Health Center Program grant Heritage Health receives annually – about $2.5 million – doesn’t fluctuate, Baker says, so the organization must depend on other sources for the rest of its funding needs, especially for treating uninsured or underinsured patients.

“When I started here, we were at about 70% uninsured, and that’s just not sustainable,” Baker says. “We had to find ways to get that to be more balanced.”

Rather than reducing access for uninsured patients, Baker says Heritage Health focused on spreading the word about the services the nonprofit offers and its accessibility for Medicaid and Medicare patients.

“There are a lot of offices in town that don’t take Medicaid and Medicare,” Baker says. “By opening it up (to those patients), we’re continuing to meet our mission by working with folks who are underserved.”

Payments from insurance providers help to offset the cost of care for uninsured patients, he says.

“We’ve used that model for the last 10 years, and it really has worked,” Baker says. “This place has always had a good reputation in the community for caring for patients who were kind of left out of the system. I think a lot of our patients recognize that by choosing Heritage Health for their health care needs, that they’re also helping their neighbor who doesn’t have insurance, and that feels good to them.”

Heritage Health has set aside some money over the past few years to fund an innovative new health care clinic that the organization hopes to begin building sometime in the next five years, Baker says. He says he envisions a center where patients can access fitness equipment, learn how to cook healthy recipes, and attend appointments.

“We’re in the dreaming phase,” Baker says. “We dream of a one-stop shop where all of our patients can get the care that they need. We’d really like to be able to start talking about that more with the community and see what kind of partnerships we can put together to make that happen.”

The nonprofit has designed a facility, he says, but has not yet identified a location.

In the 10 years since he became CEO of Heritage Health, Baker says he’s seen the beginning of an industrywide shift from focusing on the quantity of patients served to the quality of their outcomes and increased emphasis on lengthening patients’ lives.

“We see all of this wasted potential, because people aren’t focused on the outcomes of their health care,” Baker says. “Patients are starting to see that, providers are starting to recognize the value that they have in helping people move to better lives, and insurance companies are starting to pay for that.”

Heritage Health provides primary medical care, general dentistry, pediatrics, counseling, and psychiatric services to patients regardless of their ability to pay. The nonprofit was founded in 1985 as Dirne Health Centers Inc., with the mission to help people who don’t have access to health care. The organization rebranded has Heritage Health in 2013, but still operates under the Dirne name.

With the aim of serving patients more effectively, Heritage Health has made some radical changes to the way it treats patients, Baker says. Providers attempt to impart to patients the importance of healthy daily habits in creating positive long-term outcomes, a departure from the traditional “disease-focused model” that Baker says is more concerned with the past than the future.

“We’re going to treat your diabetes, but wouldn’t it have been better to go back 10 years and prevent diabetes?” Baker says. “There are lots of things that we can do, but it takes the doctor and the patient working together.”

To facilitate such collaboration, Heritage Health has created programs that allow doctors and patients to coordinate on patient care, as well as programs that help patients connect to and support one another.

Baker says shared medical appointments, based on an approach pioneered by the Cleveland Clinic, are one way for doctors to address patient concerns more efficiently.

“You put 10 or 15 people together in a room and talk about the disease, how to manage it, and what that looks like,” Baker explains. “A traditional office visit is abbreviated because we have to try to see a bunch of patients. With shared appointments, you can get an hour with patients, and then you introduce them to other people so they can have that group learning.”

In 2015, Heritage Health launched the Kroc Rx program. The program is a partnership between Heritage Health and the Salvation Army Ray & Joan Kroc Corps Community Center, in Coeur d’Alene, in which Heritage Health providers and patients exercise together at the fitness facility.

“We were taking patients to the fitness center, working out with them, and teaching them how to eat better and exercise,” Baker says.

He says Kroc Rx was so popular that the Kroc Center was overwhelmed. That program was suspended about six months ago so that the partnership can evaluate how to meet demand, Baker says, but the outcomes of the Kroc Rx program were positive.

“We had a research study with the University of Idaho that showed that depression scores dropped, patients were losing weight, there was a direct impact on their diabetes measures,” Baker says. “Everybody was reinvigorated. Who would have thought that just going to the gym with your doctor or meeting with a nutritionist would have such an impact? But it does. That’s our challenge now: how do we scale that up?”