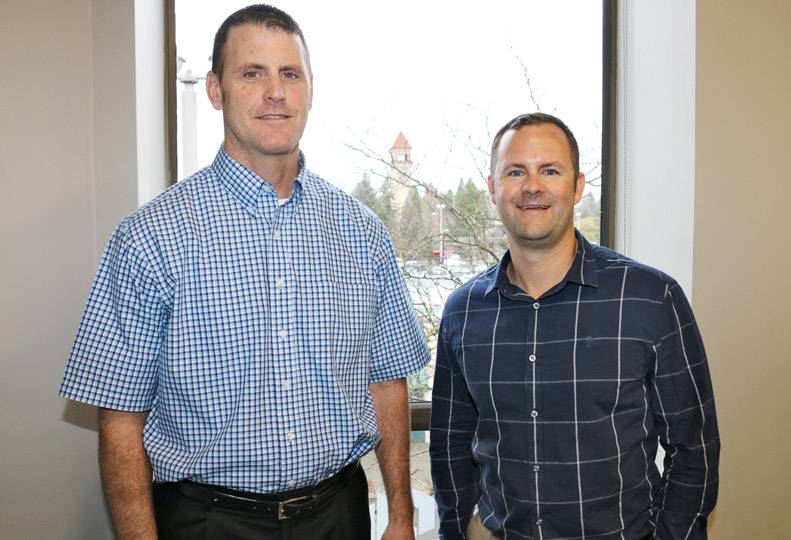 Since its launch in 2008, Inland Capital LLC, a Spokane-based private money lender, has grown its total annual loan volume to $30 million, as of year-end 2016.

Now, the company plans to start its first private equity fund this spring with a goal of raising $50 million to lend to a niche market of buyers of distressed residential and commercial real estate, says Aaron Cunningham and John Urquhart, Inland Capital’s founding partners.

Cunningham says, “This is our big jump from being solely our private equity to offering other individuals the opportunity to invest in a fund doing what we’ve done.”

Investors will own a percentage of the fund, which will involve many loans, Cunningham says.

“Our belief is the risk profile is significantly lower because the fund is spread over hundreds of loans,” he says. “We’ve set the bar where we feel it’s attractive for investors.”

Inland Capital hopes to launch a sister fund in about 18 months, he says.

Cunningham and Urquhart started Inland Capital with their own funds and some bank credit lines with their focus on providing short-duration loans to investors in distressed real estate.

Distressed properties include foreclosed, bank-owned, and short-sale properties, which are sold under urgent situations, often at below-market value.

Inland Capital currently is based in the 1889 Building, at 120 N. Stevens, downtown. Its offices are on the top floor of the three-story building with two other companies that have some common ownership.

So far, Cunningham says, he and Urquhart have grown the company through their own equity, issuing 900 private money loans along the way.

Jason Delp, chief operating officer, says only five loans have gone through foreclosure, which is a default rate of roughly one half of 1 percent.

Of the defaulted properties, three were resold at courthouse auctions, Inland Capital resold one last year, and the company still owns another, Delp says.

He says Cunningham and Urquhart have the expertise to rehab and sell properties if Inland Capital has to take them back from borrowers.

“We have a very low default and foreclosure rate, with an extremely low loss rate,” he says.

Cunningham asserts, “The majority of what we’ve done is invested our own money and reinvested our returns year after year. We’ve had a history of real estate bridge lending coming up on 10 years, and our history has been really successful.”

Before starting Inland Capital, Cunningham and Urquhart were West Side real estate agents and house flippers from 2001 to 2008.

They started buying distressed properties in the Spokane area in 2005.

“We were utilizing hard money lenders ourselves to finance our projects,” Cunningham says, adding that he prefers the term “private money lender” to describe Inland Capital.

“We borrowed private money on 100 projects,” he says. “That brought on our idea that maybe we should start something and approach it a little differently than our competitors.”

Inland Capital doesn’t target borrowers who want to own and occupy homes for the long term.

“We’re only structured to lend money to investors,” Cunningham says. “We don’t do any homeowner-type loans.”

Urquhart says the majority of clients buy homes to fix and sell, while 30 percent to 40 percent of Inland Capital’s borrowers buy properties to turn into rentals.

Urquhart says Inland Capital’s lending territory includes Washington, Idaho, and Oregon, with about half of all loans going toward properties in the Seattle area.

Cunningham says Inland Capital typically writes loans with terms of up to nine months, and they’re often paid off early.

“Our average loan duration is seven months,” he says.

Cunningham says the average loan amount equates to about 55 percent of the market value of the property it’s borrowed against.

“Our core philosophy is lending based on low loan-to-value ratios because we believe if people have equity in their property, they don’t walk away from it,” Cunningham says, adding, “Every loan we do, we’re looking for a down payment from the investor.”

Cunningham says the average rate of return for an Inland Capital loan is significantly higher than the return on a conventional loan.

He declines to disclose the interest rate, but says, “It’s competitive for the world that we finance. It’s better than a business partner that costs you 50 percent.”

One key advantage of private money lending is that borrowers can secure funds to acquire properties without delay or regard to condition.

“Our borrowers’ credit scores are probably on the higher end,” he says.

Regardless of credit score, no one can get a conventional loan on a house that needs a roof, a kitchen, or a furnace, he says.

“Banks don’t even have a category for lending on those types of properties,” Cunningham says. “They’re thinking of 30-year mortgages for individuals who are going to occupy their property. They’re not thinking of distressed property that needs a different type of product to get it into a condition in which it can be sold to a retail buyer. That’s the market that we really hit.”

About 75 percent of Inland Capital’s borrowers are repeat clients.

While the number of distressed properties has been declining in recent years, Cunningham says, “We’re still seeing a larger number than we might have seen 20 years ago.”

He adds that a lot of properties are still underwater, meaning they have no equity because the amount owed on them is greater than the market value.

Ever-present factors that can lead to distressed sales include death, divorce, and job loss, he says.

There’s also a number of properties that owners haven’t kept up with needed improvements for several decades, he says.

“The average retail buyer won’t buy those properties,” he says. “That’s where our client will come in and scoop it up.”

While Cunningham also is a principal in Citibrokers LLC real estate agency and Launched I.T. LLC, both of which also are based on the third floor of the 1889 Building, he says Inland Capital is his and Urquhart’s main enterprise.

“Inland Capital has been my main gig since 2009, and it’s also John’s main gig,” he says. “Eight people work for the company, and it’s where the majority of our time and energy is focused.”