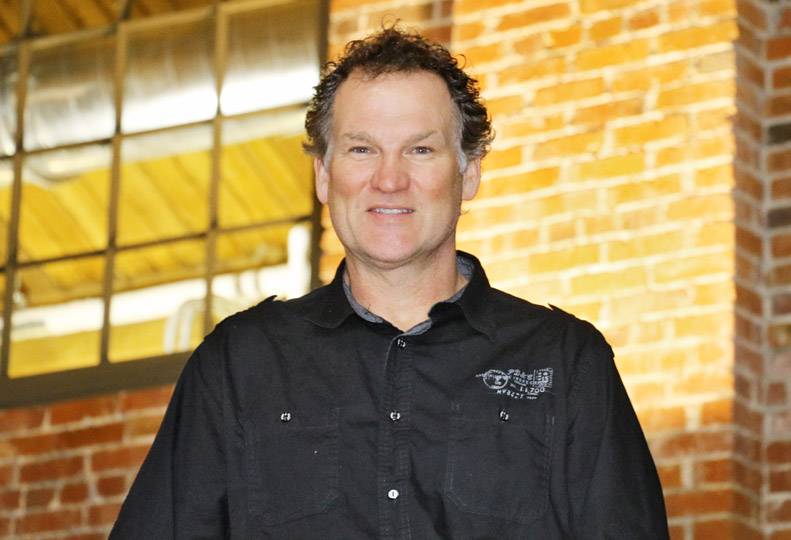 Kick-Start III and the Spokane Angel Alliance were co-founded and are operated by Spokane entrepreneur Tom Simpson, also co-founder of online retailer etailz Inc., which was acquired last October by a New York company for $75 million.

Roark, a self-described serial entrepreneur from Spokane, will travel to India and Taiwan later this month to demonstrate to medical professionals—specifically pathologists—Pathworkflow, software that Gestalt has helped develop to reduce the time it takes to review pathology samples.

For the past year, Roark has been collaborating on the project with Jon Copeland, CEO of Spokane-based information technology company Nuvodia LLC. Inland Imaging is Nuvodia’s parent company.

Pathworkflow software is capable of creating digital scans of pathology samples, which would enable pathologists to review samples more quickly and download and share them with their colleagues. Reviewing digitized slides is faster than the traditional method of viewing single slides under a microscope in a laboratory, Roark says.

Adopters of the software would pay Gestalt for implementation, integration services, and training, Roark says.

Gestalt is working with Nuvodia to take pathology completely digital with the development of a digitizer and viewer that will have the ability to move data globally, Roark says.

“Pathologists in this country review on average nearly 10,000 slides each year, which breaks down to an average of about 3,000 medical cases per year,” Roark says. “This translates to a logistics issue for laboratories and pathologists.”

Pathology today involves the use of microscopes, glass slides, couriers to transport them, warehouse storage, and the daily challenges presented by accessibility, damage, and loss, he says.

“Digitally, you can remove at least half the steps it takes to review tissue samples. As it is now, it can take up to two weeks to diagnose for cancer,” Roark says.

Digitizing pathology also will help address the shortage of pathologists in the U.S., where the average age is almost 60. Pathologists are also in short supply worldwide. The U.S., with about 20,000 pathologists, is home to 80 percent of all pathologists worldwide, says Roark, citing The U.S. Anatomic Pathology Market, Forecast & Trends 2016 publication.

“We’ve got a shortage of pathologists in the industry, and we run the risk of losing institutional knowledge when these medical experts look at retirement. This would give them the opportunity to work remotely from home in a part-time capacity where they could still do (pathology) reads,” Roark says.

The previously mentioned publication, U.S. Anatomic Pathology Market Forecast & Trends, reports that the pathology industry in the U.S. generated $14.7 billion in revenue in 2016.

“Improving cancer diagnosis and patient outcomes with a shortage in trained pathologists worldwide is a critical need. India has roughly 1,000 pathologists for its population of 1.2 billion,” he says.

In 1994, Roark co-founded CCS Automation in Torrance, Calif., a company that focused on laboratory automation for pharmaceutical, biotechnology, and reference laboratories. Six years later, He sold that company to PerkinElmer Inc., a multinational corporation based in Waltham, Mass. specializing in human and environmental health.

He then co-founded MatriCal Bioscience Inc., a company focused on automated storage for biological, DNA, and new drug candidates, and he and his co-founders moved the company here from the East Coast in 2000.

In the past year, Nuvodia has entered and expanded in areas of medicine that use image-based diagnostics, such as pathology, cardiology, ophthalmology, and gastroenterology, while Inland Imaging has grown to be the sixth largest radiology practice in the U.S., with a physician roster approaching close to 100, Roark says.

Copeland was out of town and couldn’t be reached by the Journal at press time for this story. However, last year he told the Journal, “Right now, we’re bringing work from India to the states to be read. India has a severe shortage of pathologists. With our EBM partners and the use of Amazon AWS (Amazon Web Services) Cloud, doctors can read, dictate, and transmit reports in about 48 hours.”

Copeland added, “Currently, a patient in Bangalore can wait up to a month for their pathology results, and our goal is to get it done in 48 hours.”