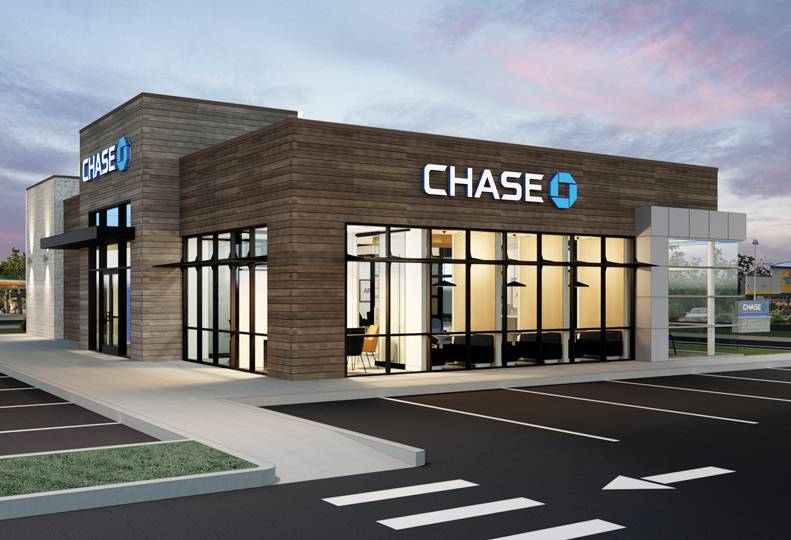 Two financial institutions are planning to construct new branches, one on Spokane’s North Side and one in Coeur d’Alene.

Chase Bank plans to construct a branch at 143 W. Neider, in the retail development that includes a Safeway grocery store, an At Home store, and Tractor Supply Co. According to building permits issued by Coeur d’Alene’s building department, the Chase Bank branch is valued at $1 million.

“The new location will provide us more space to meet with clients about investments, mortgages, and small business services,” says Donahoe-Wilmot. The new branch will occupy about 3,270 square feet of space, she says. The project was designed by Vancouver, Washington-based PM Design Group Inc., and will be constructed by Clarkston, Michigan-based Summit Properties & Development Co.

Donahoe-Wilmot says eight to 10 employees will work at the Neider Avenue branch.

In Spokane, Washington State Employees Credit Union has applied for a permit to construct a 4,000-square-foot branch at 6301 N. Division, on the northwest corner of the intersection of Division Street and Francis Avenue. The site formerly was occupied by Aces Casino; that building has since been torn down.

According to documents filed with the Spokane planning department, the credit union building is valued at $1.8 million.

Scott Liljedahl, WSECU’s vice president of facility services, says preliminary site work has begun, but progress will depend on the weather. If all goes according to plan, the branch will be completed by the end of September 2021.

Spokane-based Bernardo|Wills Architects PC is designing the credit union building. Yost Gallagher Construction LLC, also of Spokane, is the contractor on the project.

This will be WSECU’s fourth branch in the Spokane area, Liljedahl says.