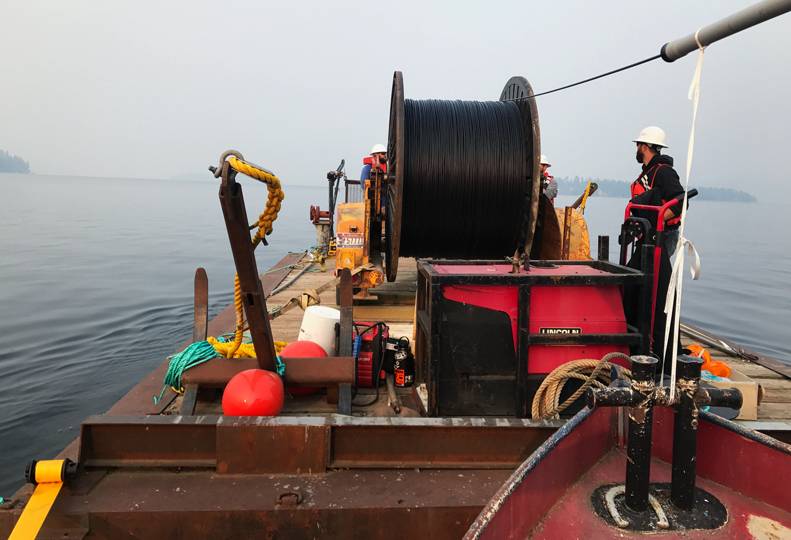 The companies announced the transaction on Jan. 28.

“This will allow (Fatbeam co-founder Shawn Swanby) and I to pay off our high-interest loans and add millions to the company’s balance sheet,” Green says.

He adds, “It’s a solid investment amount and one that will allow us to do additional hiring in future months.”

Fatbeam currently has 35 employees. Green will continue to remain president and CEO. He and Swanby, CEO of Fatbeam’s sister company, Ednetics Inc., now will have 49% interest in the company.

“We’re really eyeing markets in California, and this invest funding will potentially help us in that effort,” he says.

Fatbeam builds high-capacity fiber optic networks and then leases connectivity through what is referred to as dark fiber – or fiber infrastructure – on a wholesale basis to businesses, hospitals, and other customers.

The emergence, however, of fifth-generation wireless technology, known as 5G, for digital cellular telecommunications networks is creating more opportunities for the company, Green says.

Fatbeam was co-founded in 2010 by Green and Swanby and operates out of a 3,000-square-foot office in the Riverstone development, northwest of downtown Coeur d’Alene.

Green contends that Fatbeam’s profits are reminiscent of those of a utility in that it generates recurring revenue.

“Right now, we have $60 million in contract value total,” he says.

SDC Capital describes itself on its website as “specialized investors” in the information technology and communications infrastructure sectors.

SDC’s Capital’s typical investment size is between $20 million and $100 million, according to information on the website.

SDC’s managing partner Todd Aaron says in a press release regarding the acquisition, “Fatbeam has developed a distinctive, high-quality regional network and has earned a reputation for delivering complex, customized solutions and first-class service to its customers.”

SDC principal Clinton Karcher adds, “Fatbeam’s capabilities with respect to both educational and enterprise end-users are unique and extremely leverageable. We look forward to working closely with the Fatbeam team in support of their continued execution.”