On a roll at Silverwood 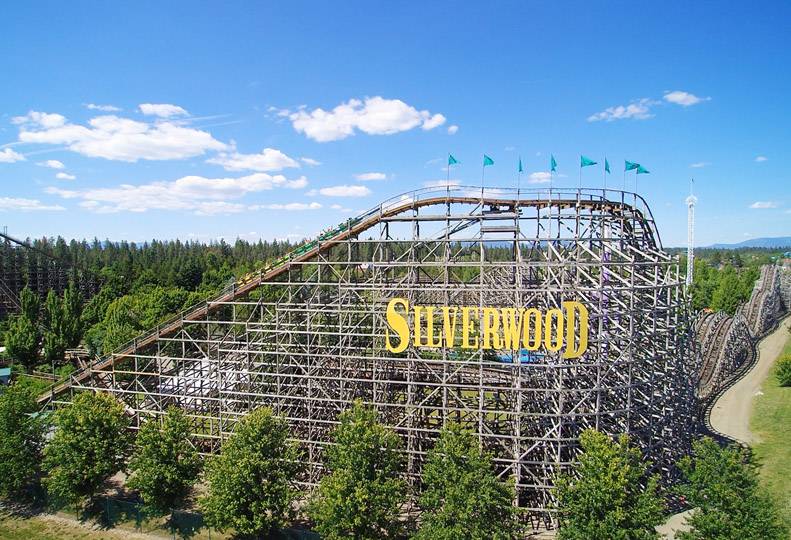 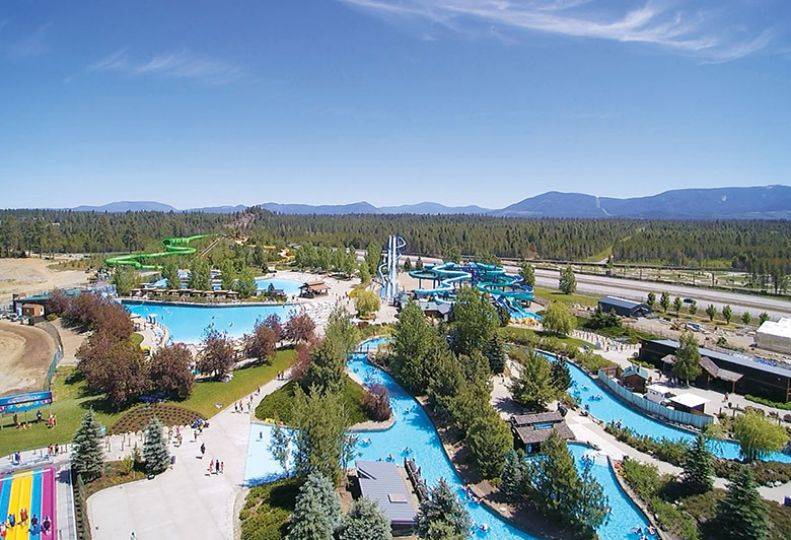 More adventure seekers than ever before are expected to pass through the gates of Silverwood Theme Park this season as the region’s largest amusement attraction celebrates its 30th anniversary.

“Based on how fast and how many tickets we sold early, we’re definitely on track to see more people than last year,” Sampson says. “By mid-April, we passed all projections for sales through May.”

The theme park employs 100 people year-round, and this summer, it will hire up to 1,500 seasonal workers, from cooks and cashiers, to restaurant servers, lifeguards, ride operators and bartenders. Starting hourly wages this season were increased by $1 to $9.75, and Sampson says the park is looking for all levels of experience.

Boasting more than 70 rides, slides, shows, and attractions, Silverwood has implemented some improvements for the milestone season, including extended hours and a renovated toy store that has doubled in size.

In response to visitor feedback, the park will keep its gates open an extra hour until 9 p.m. Sunday through Thursday once it opens full-time after Memorial Day, May 28. Until then, Silverwood is open weekends only, until 10 p.m. The season runs through Sept. 23, after which time the amusement park is converted into Scarywood, with horror-themed rides and attractions that are offered through Halloween.

Tickets at the gate are $51 per person, and two-day passes are available online for $79. Season passes are $150 and can also be purchased from the park’s website.

Silverwood continues to break attendance records, Sampson asserts, because the park is continually evolving and expanding with a commitment to family fun.

One attraction at a time, visionary Gary Norton in 1988 began transforming a sleepy airstrip near the tiny North Idaho town of Athol, population 741, into a renowned attraction that over the years has lured millions of guests from across the country.

Boulder Beach, a popular 20-acre water park, was added to Silverwood in 2003 and includes two large wave pools and a lazy river, among more adventurous rides and slides.

Guests can walk up a mountain trail, climb aboard a raft, and splash their way down a 650-foot slide before landing in a below-ground canyon. Avalanche Mountain simulates the thrill of rafting through river rapids.

Sampson says her grandfather regularly strolls the park grounds as an inconspicuous observer to develop new ideas for improvements.

“He’ll walk through the park like a guest and wait in line and take notes and sit on a bench and listen to children laugh and play and have fun,” Sampson says. “That is the reason why we’ve grown and why we’re still here.”

Scores of Norton’s extended family members are employed at the park, filling roles ranging from general manager to barbecue chef, and even a charismatic magician who promises to have something new up his sleeve this season, Sampson says.

While Silverwood has a strategic marketing plan to spread the word, the park’s ever-growing popularity can be attributed largely to visitors sharing their experiences with their friends, Sampson asserts.

“It’s word of mouth,” she says. “People love our park and they love to talk about us.”

According to Silverwood’s website, a majority of park visitors come from Spokane, the Tri-Cities, and Seattle. Fewer than 7 percent are from North Idaho, while nearly 18 percent travel from neighboring Spokane County. Another 7 percent hail from the Canadian provinces of British Columbia and Alberta.

A major draw to the park, of course, is its collection of rollercoasters—including Tremors, the Corkscrew, Timber Terror, and Aftershock. Depending on the coaster, the rider can be whisked at speeds exceeding 65 mph, plummet up to 177 feet in a single drop, and defy gravity while hanging upside down.

In the heat of the summer, however, Silverwood’s most popular attraction is Thunder Canyon, which gives visitors a wild whitewater ride on inner tube-like rafts that seat up to eight people.

Weather plays a major role in crowd size, and so does when you go. Saturday, for example, is easily the busiest day at Silverwood with more than 20 percent of park goers visiting on that day. That’s followed by Sunday with about 14 percent. The least busy days are Wednesday (fewer than 12 percent) and Thursday (just shy of 13 percent).

August is the busiest month.

Sampson says she’s still awestruck by the joyfulness of visitors at the park.

She adds, “This just reassures me that my grandpa’s mission has spread. He wanted to provide a beautiful atmosphere where cast and crew members are passionate about creating memorable experiences for the guests.”