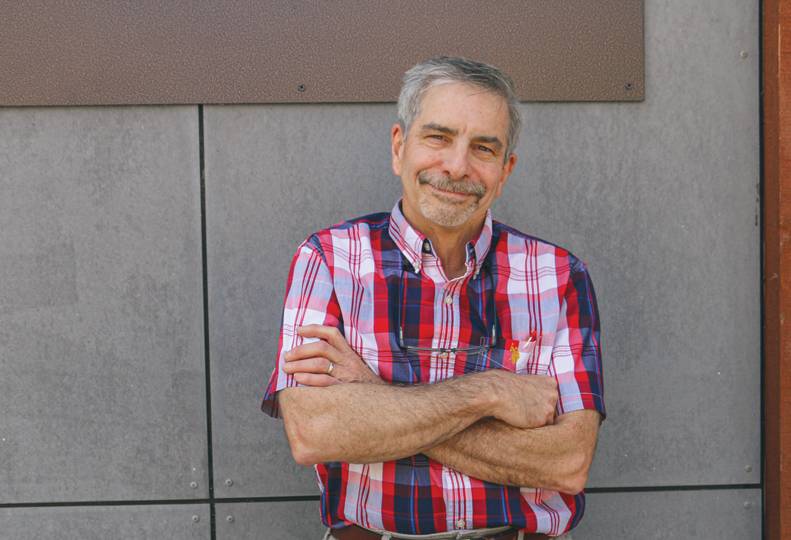 Scott Fischer has spent nearly 40 years of his 45-year career working at Coeur d’Alene-based Architects West Inc. In that time, he’s been involved with dozens of projects in North Idaho and Eastern Washington and rose to become president of the company’s board of directors.

Now, Fischer is downsizing his responsibilities as he moves toward retirement within the next couple of years. As of May 2, Fischer, age 66, is working at Architects West part time.

Fischer, the child of an Air Force sergeant, was born in Alaska before moving around the country as his father’s career dictated. In 1967, Fischer’s family moved to Coeur d’Alene. Except for the years he spent earning his architecture degree at the University of Idaho, he’s never left.

Fischer says his mother intended for him to become a dentist and his brother an artist. Instead, his brother became a dentist, and Fischer went into architecture after discovering a love for drafting in high school. He worked for Coeur d’Alene architect Jim Bellamy for several summers while he attended college. After Fischer graduated, he returned to Coeur d’Alene to work at a few firms there, ultimately landing at Architects West.

The Journal sat down with Fischer to discuss his career arc, his loyalty to the firm, and the process of shifting into retirement.

How did your career begin?

I was really fortunate at Jim Bellamy’s office to be able to learn by making mistakes and by doing. I continued to develop those skills, and I think that’s one of the reasons that I got hired at Architects West — I had those skills, and they knew I could manage projects. Obviously, I was still really green. I took those skills, and was fortunate enough with Mike Patano, my first boss at Architect West, to be given more and more responsibility. I don’t know if that was because he didn’t want to do some of the projects that weren’t the greatest and he handed them to me and I just did them, or what. I took care of what was thrown at me and moved on. Initially, that involved work that nobody else wanted to do. It evolved into doing schools.

Architects West has a good reputation for school facilities, and we probably still do 60% of our work in that K-12 market. I did the majority of my career in school work in Idaho and Washington, dabbled a little in Oregon. You start to develop kind of a niche and you stay in that and suddenly 45 years have gone by.

What’s kept you at Architects West all these years?

I developed a strong bond with the original group of guys I was hired with. Five of those guys, myself included, became an ownership group after Mike Patano, the second owner of the company, sold it to us. Since that time, we’ve converted it to an employee stock ownership plan.

I like the fact that we’re doing work in the community that makes a difference in the school market. Because we’re in the community, we’ve been able to be involved in things like United Way. I did a couple of stints on the board and have run the campaign in this office for 25 or 30 years. I also spent 12 or 15 years as a nonvoting member of the Coeur d’Alene School District Long-Range Planning Committee. We had the opportunity to do some of those things locally to give back.

As the firm grew over the years, we ended up naturally developing a culture that people liked to work at. It felt like family. Why would I leave?

You’re taking steps toward future retirement, rather than retiring fully now. How will that process work?

If I back up two to three years, my thinking was that come the day I was eligible for full Social Security — 66 years and two months — I would hang it up and tell the folks here that all I wanted to do was help out people when they wanted specs written or cost estimates done or quality control or programming. I didn’t want to manage projects anymore.

As it turned out, everyone here is busy, and though we’re bringing up some intern people on the projects I was working on, they’re not necessarily comfortable taking over the projects as they go out to bid and into construction administration. I agreed to stay on while those go through construction. I currently have two projects out to bid, one that just started construction, and another one that’s still in design. Those four are the ones that are still bringing me into the office part time.

Within a year, I will be done with this batch of projects that I’m managing. Then, if I want to still work — and don’t get me wrong, I like what I do — and if they have a need for it, then I will. Nobody here likes to do specs. Nobody likes to do cost estimates. It’s just not the flashy part of the job. I don’t mind doing that. I think there’s always going to be a need for that, and if people here needed some spec writing done, I’d probably be happy to come in and do that on a short-term basis. I don’t know that I’m going to totally hang it up within a year. I’ll leave that out there.

I was president of Architects West until the first of this year. I resigned the presidency and got off the board. We have five board members: Marcus Valentine, Keith Dixon, Kevin Cole, Steve Roth, and Ed Champagne. Steve is kind of the junior member of the group, who has been on the board as a nonvoting member for about 16 or 18 months in preparation for me to step down and for him to become a voting member.

How has the local industry changed over the years?

The economy goes up and down. We’ve had a few downturns, but not too many. Sometimes we’ve been fortunate enough to have enough backlog to carry ourselves through. Back in 2008, when the market fell, we had just picked up a long-term school bond in Moses Lake for five or six projects. That carried us through for a couple of years, until things started to rebound.

Now, growth is outrageous. Being in the school market has generally been a good thing. The jury’s still out on what’s going to happen long term, with COVID and kids learning from home and how much of that will carry over as time goes on.

Looking back on your career, what was the greatest challenge you faced?

I actually think the greatest challenge I faced was the last year with COVID-19. It was tough, with all the restrictions that required us to work from home, and going through three or four positive COVID tests in the office and all that was related to that. We were trying to get projects under construction to the finish line last summer and dealing with material delays and labor shortages.

In your time at Architects West, what have been some of the high points?

We’ve had the opportunity to do some incredible projects. Way back in 1988, ‘89, I was tasked with putting together the documents and supporting the designers on the jail that we built north of town near the fairgrounds. That was at the same time that the Coeur d’Alene Resort was being constructed, so we were always competing for the labor market. Usually, we lost. We ended up hiring a jail specialist from the coast, and they were the ones who really designed it, but I learned a ton in putting the documents together and managing it through construction.