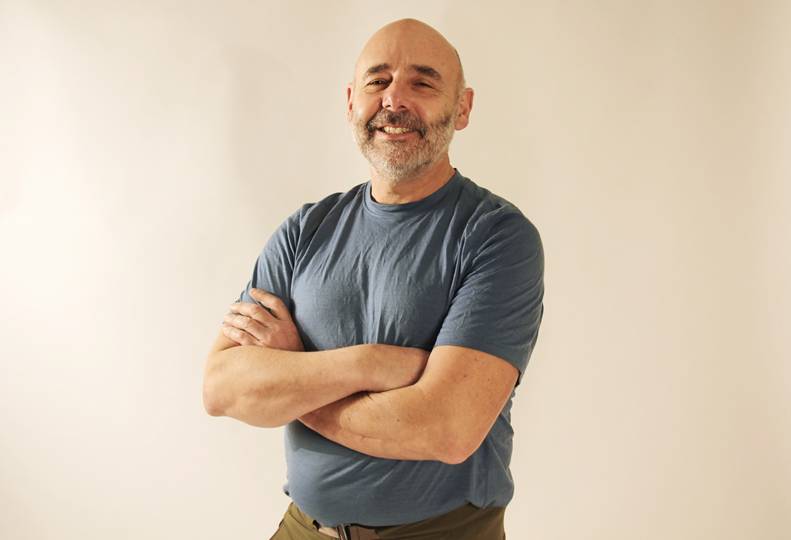 As I follow Mountain Gear Inc. owner, president, and CEO Paul Fish into the cubicle forest of Mountain Gear’s corporate facility on our way to his office, we pass a fully-assembled camping tent. It’s a stark reminder: while the trappings of a business are necessary, the company was founded out of love for spending time outdoors.

Fish, a soft-spoken and good-humored 60-year-old rock climber, tells me that closing the business is much harder than starting it. This weekend, the 37-year-old outdoor gear company will close the doors of its Division Street retail store and shut down its website.

The Journal spoke to Fish about Mountain Gear’s legacy, challenges the company faced, and what Fish plans to do next.

Journal: How did Mountain Gear start?

Before that, Mountain Gear existed as a small manufacturer of custom climbing harnesses, packs, repairs. I had no business background. I had $3,000. We started with the brands that other people didn’t sell, and people would call for those brands from other places because they were smaller or lesser known.

I can find the roots for everything we’ve done anywhere in things we did in Spokane; the Spokane customer is different than any anywhere in the world in terms of their enthusiasm for the outdoors. And it doesn’t matter whether they hunt and fish or climb and ski, everybody has that same enthusiasm.

Journal: Looking back, what are some high points in Mountain Gear’s history?

Fish: The high point, for me, is looking back and seeing that 800 employees have walked through these doors, and they’ve all played an integral role in the company, and many of them have moved on to doing good things in their lives. That a little retail store and nascent online business can fledge 800 people out into the bigger world is pretty cool. I’m incredibly proud of the people who have worked here and the people who are working here now to help me close it down.

Journal: How has the outdoor gear industry changed over the years?

Fish: People are looking for convenience and guarantees. It’s great that you can take a trip to the Bahamas with a new baby, and you can have diapers, a playpen, stuff you would have had to travel with showing up because you ordered from Amazon beforehand, so it’s there when you get there. That’s kind of cool. But you aren’t going to get Conner, who’s going to show you how to use your (avalanche) airbag. You aren’t going to get Carlos, who will walk you through fitting your backpack on the phone because you bought it mail-order. Public reviews just aren’t the same thing — you might try to fix your car from watching YouTube, but you’re not going to learn how to deploy your avalanche pack from reading reviews on some website. It may be a really good avalanche pack, but if you don’t know how to use it, what’s the point? I think losing local retail stores and the knowledge from them is going to be rough. Consumers don’t realize how much money comes back from a local retailer where the owner lives in the community.

Journal: What would you tell somebody who is looking to get into the outdoor retail industry?

Fish: The biggest challenge I faced was when we tried to launch a new website in 2012. We invested good money after the company I was working with did a joint venture and split up. The partnership no longer existed, and they couldn’t deliver what they said they would. I just kept going on this project because the first 90% of a job takes the first 90% of the time and money, the last 10% takes the second 90% of the time and money.

We didn’t scrap it, we used it, but it never delivered on what it was supposed to, and it strapped the company financially in a way that we couldn’t invest in doing it again. That was the biggest mistake I made. It was twice what it should have been, and the starting amount was more than I thought it should be. Working to recover from that was the hardest thing I’ve ever done. I wish I had stopped the project halfway in and moved on to something else.

Journal: Is there anything else that you wish you had done differently?

Fish: I think this company influenced a lot of people and a big chunk of the industry. I wish I had realized that equity in the workplace and equity in business was more important, that I had made that a strong part of Mountain Gear’s path. I think businesses can be big influencers in how the world works. I see a lot of businesses that fight every employment law and every wage increase. If a business can’t afford to pay people a living wage but they can afford to pay the owner and buy the owner a car and a nice house, maybe they need to think twice about their priorities.

Journal: Any other parting words of wisdom?

Fish: I love Spokane, and I think businesses here should show how much they appreciate this great community. We live in an amazing place — take care of it, and take care of the people.

Journal: What’s next for you?

Public lands issues are really important to me. The Access Fund does great work — I was on the board for a while, and now I’m back, engaged at a grassroots level.

We’re going to continue to bring the Banff Film Festival to Spokane, but I’m also going to tour it to 12 other cities around the country.

I’ll do a little bit of biking, a lot of climbing, and a few good dark, deep, cold scuba dives to focus my mind.