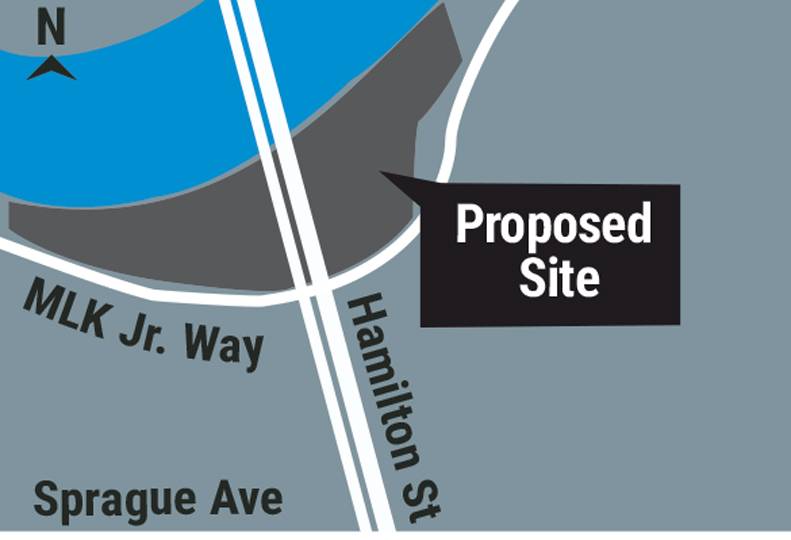 Sagamore Capital has doubled the scope of its planned River Bend waterfront multifamily community in Spokane’s University District, with the addition of two multifamily housing buildings to the plans.

A representative of the Phoenix-based development company couldn’t be reached immediately for comment.

A predevelopment application filed with the city of Spokane this month shows the scope of the project has doubled with the addition of two more buildings with an expected 134 living units. River Bend was originally billed as a two-building, 133-unit project.

The total development is valued at $45 million, according to site plans.

The development will land on the 100 and 200 blocks of north Erie Street, just off the recently constructed extension of Martin Luther King Jr. Way.

As envisioned, the development will flank the southern end of Hamilton Street Bridge and overlook the Spokane River. Rustin Hall, of ALSC Architects PS, told the Journal earlier this year that Sagamore intends to build a park beneath the overpass to connect the development.

ALSC Architects, of Spokane, is the architecture firm working on the project. Seattle-based DCI Engineers, which has an office in Spokane, is providing engineering services.

Hall couldn’t be reached immediately for comment on the updated plans.

With the two new buildings, the size of the development jumps to 420,000 square feet of space and 267 units.

Construction is expected to begin next April. The project is divided into two phases, two buildings per phase. A contractor isn’t listed on the project plans.

A portion of the vacant 9.6-acre property is owned by Brown Properties LLC, of Spokane, while the rest is owned by an affiliate, the Riverbend Property Owners Association.