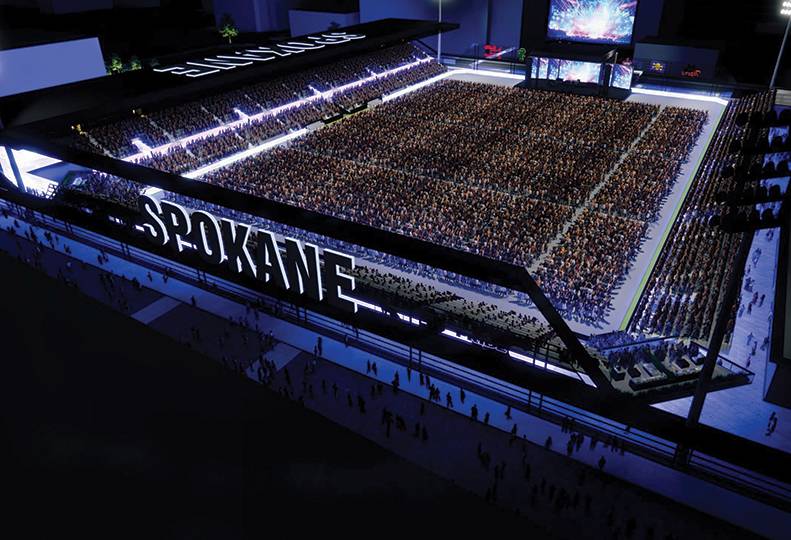 -Odell Architecture
The new stadium primarily will host Spokane Public Schools’ events, but it also will be a venue for other functions. 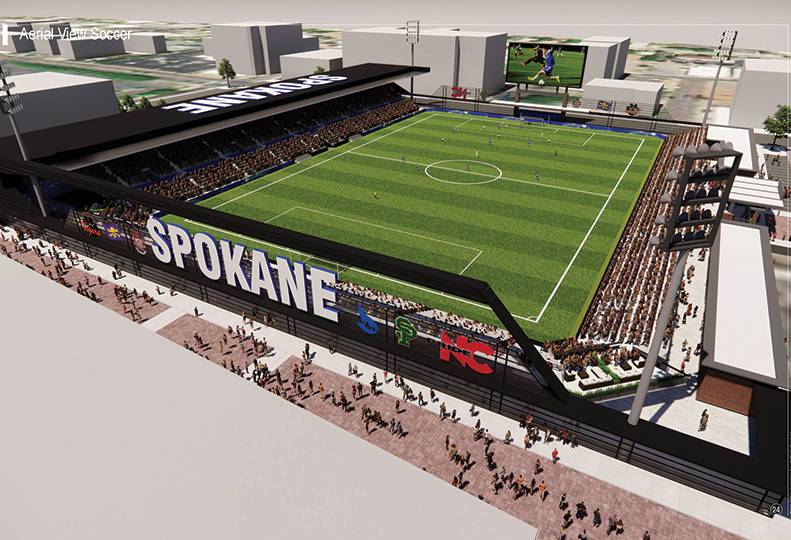 -Odell Architecture
The United Soccer League plans to expand into the Spokane market, and its teams would play at the new venue.

Greg Forsyth, director of capital projects for the school district, says the site is being prepared through the general contractor and construction management model by Spokane-based Garco Construction Inc., with help from Halme Construction Inc., also of Spokane.

“It will start coming out of the ground in April, with a completion date of summer of 2023 or 2024,” Forsyth says. “There’s a lot of factors that could happen between now and then, so it’s hard to pin down an exact date.”

“Our design team is moving forward with full construction documents,” he says.

The stadium will be built on Spokane Public Facilities District-owned property located between Howard and Washington streets, south of Boone Avenue and just north of The Podium athletic facility.

Initially, the school district was to replace its aging Joe Albi Stadium in northwest Spokane. In May 2021, however, the school board voted to build a new stadium with more than 5,000 seats at the site just north of downtown.

Forsyth says a total construction cost will be determined this spring.

“We are still looking at alternates and options of construction methods for value engineering,” he says.

United Soccer League has pledged an additional $2 million on top of the $31 million Spokane Public Schools has committed to the project. USL plans to expand its men’s and women’s soccer leagues by starting teams in Spokane.