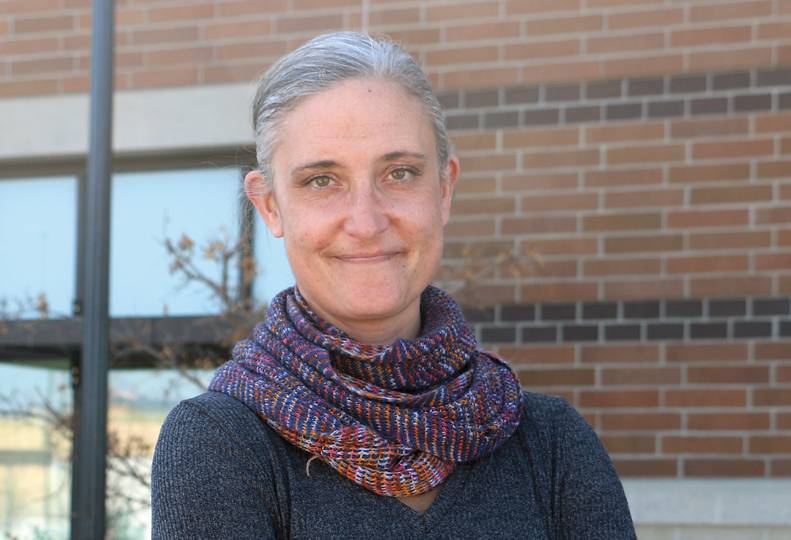 Arielle Anderson was hired March 16 as the city of Spokane Valley’s first housing and homeless coordinator.

Anderson says she’s adjusting the scope of the newly created role and settling into a routine of focusing alternately on direct outreach and administrative work.

How did you start in homeless services?

I didn’t start in homeless services until after I began at SNAP, which was in 2015. I was onboarded with homeless services in early 2016, directly working with folks who were literally homeless, either in camps outside or at shelters or staying in their cars.

At SNAP homeless services, the biggest program is Rapid Re-housing. That’s short- to medium-term rental assistance. We would work directly with the client in identifying and searching for apartments.

It’s tough to find a landlord who’s willing to work with an individual who comes with a little extra stuff in comparison to me or you or anyone else that hasn’t ever experienced homelessness. A lot of it was reaching out to landlords, cultivating existing relationships, identifying new potential landlords who would be willing to work with these housing programs.

I did that for 1 1/2 years. Then I moved up and began to oversee the coordinated entry system for single adults and young adults. Coordinated entry is the primary gateway to accessing homeless services. I helped build out a system that was certainly more accessible for folks who may not necessarily live in the city of Spokane to access services.

That gateway is people who do street outreach. They are empowered to enroll people in coordinated entry and place those housing referrals, like the permanent supportive housing that you see in downtown Spokane, the Havens out here in the Valley. Volunteers of America has some scattered sites out here in the Valley as well. That’s how you reach people — by being mobile and co-locating in otherwise more rural jurisdictions.

Around January 2020, the homeless coordinator position came open, I applied, and I was hired. Then COVID happened. Due to the pandemic, we had to be a lot more responsive in terms of those community needs.

Why did Spokane Valley decide to create this new role?

There’s been a recognition, with creating this position, that there is certainly an increase in unsheltered folks who are out here. How do we effectively connect with those people and get them plugged into services without having to necessarily rely on the Spokane Continuum of Care program?

We need to start looking more inward to support our community here. Right now, what tends to happen — and this is not unique to the Valley — is that most of the services are offered in the city of Spokane. I think with this position is the expectation that we will figure out how to bring services to the folks who need it.

The first week I was here, I was helping the legal department with tightening up some language in the unauthorized camping statute as it concerned outreach. The end goal with that is that we’re not unnecessarily kicking people out of camps if they are working toward permanent housing. It may not even be permanent housing. Maybe we’re working with them to get them into treatment, or whatever it is that they want and they need help with.

I’m helping guide the work that the city is doing—which includes the parks department, law enforcement, and code enforcement—to ensure we’re not just moving people around the city or making it more difficult for service providers to help people. It becomes very challenging when people who are unsheltered and living outside are just shuffled about, and then you lose touch with them, so you’re not really solving anything permanently.

What are other homelessness challenges specific to Spokane Valley?

Lack of shelter. There are no shelters out here, so from an outreach perspective, it makes it difficult to convince folks to go into the city of Spokane to access shelter. That doesn’t mean it doesn’t happen, because it does.

Another one is simply having access to homeless services programs. Some of that is happening now at Spokane Valley Partners, but it’s very limited in scope.

I would also say transportation is a barrier. There are buses out here, but they only go certain places, and it’s certainly not as robust as in the city of Spokane.

Right now, I’m working with the planning department on our comprehensive plan amendment, specifically the chapter that relates to housing and homeless resources … to identify potential zoning law changes to accommodate a day drop-in center or a hub of sorts.

What I envision is having something potentially somewhere out in the Valley, a kind of a one-stop shop where folks can access services. That’s more long term, but if we don’t start talking about that now, then it’ll be more difficult to materialize.

Short term, I’m doing a lot of fact-gathering. Even though I’m very in tune with the work that’s happening out in the Valley, because there is a lot of work and a lot of helpers out here, I’m meeting with them through the lens of this position, as that will eventually be translated into developing, in written form, a short, medium, and long-term plan.

My most immediate work right now is also working on policies as they concern that unauthorized camping statute. It’s not enough just to have a code. You also have to have a set of policies that accompany that so that we — not just me, but code enforcement, law enforcement, legal, the parks department — can use that as a guide. We need to know how we are supposed to interact with camps and what the expectations are in terms of offering services.

If we do get to the point where we have to clean up a camp, what does that mean for storing their items and making sure that shelters are available and that shelter beds have been offered to folks? I’d say it’s 50/50; some people are absolutely willing to access shelter, and some folks aren’t.