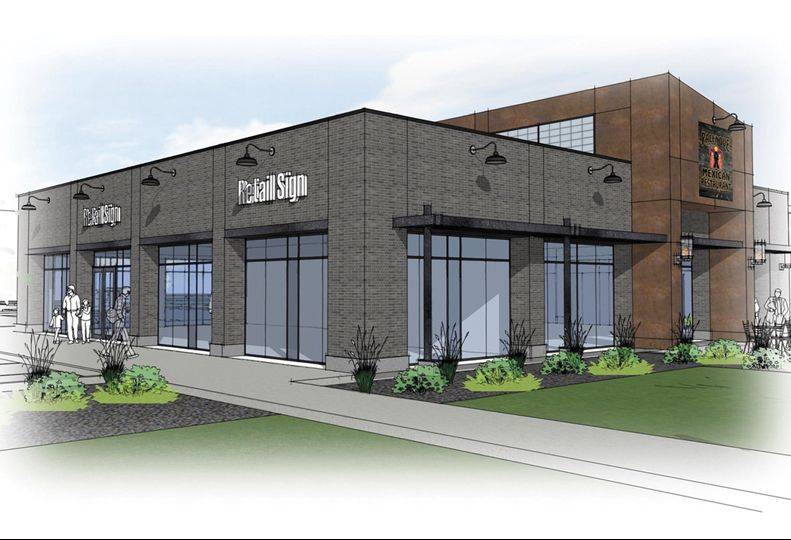 A new $8 million development at the southwest corner of Country Vista Drive and Whitman Lane is expected to bring a pediatric dental office, a Mexican cuisine restaurant, and retail space to Liberty Lake.

Jared Silvey, co-owner of Spokane Valley-based development company Legacy Group Development LLC, says the project, which is currently in the permitting stages, will be constructed in three phases.

The first phase will consist of two buildings on the southern half of the site, with expected completion dates in late 2021. The first structure in that phase will consist of 4,400 square feet of restaurant and potential retail space. Silvey says the restaurant tenant will be Palenque Mexican Restaurant, which currently is located at the Trailhead Golf Course, about a half-mile east of the development site.

Silvey also expects to lease about 1,000 square feet of retail space in the building. That structure is expected to be completed by September 2021, according to planning documents filed with the city of Liberty Lake.

Combined, the phase one structures are expected to cost about $3.5 million, Silvey says.

“The restaurant building will be the one that we’ll break ground on first, with the pediatric building anticipated to have permits issued a couple of weeks later,” he says.

Both buildings will be designed by Bernardo|Wills Architects PC, of Spokane. The construction company Silvey co-owns, Silvey Construction Inc., will be the contractor on the project.

Silvey says the development group currently is pursuing a binding site plan to break up the northern portion of the parcel into a few smaller parcels.

The third phase of the development likely would be retail or office buildings, Silvey says. That portion of the project hasn’t been designed yet, nor have tenants yet been identified. According to planning documents, that phase would be completed in 2022.

“We’ve done a number of these projects around the area, in Spokane and around Pullman,” Silvey says. “Two of our partners live in Liberty Lake, and they were the ones who got us thinking about it. A lot’s been happening in that area, and a lot is projected to happen, especially with the new high school going in and the new middle school that was recently completed.”