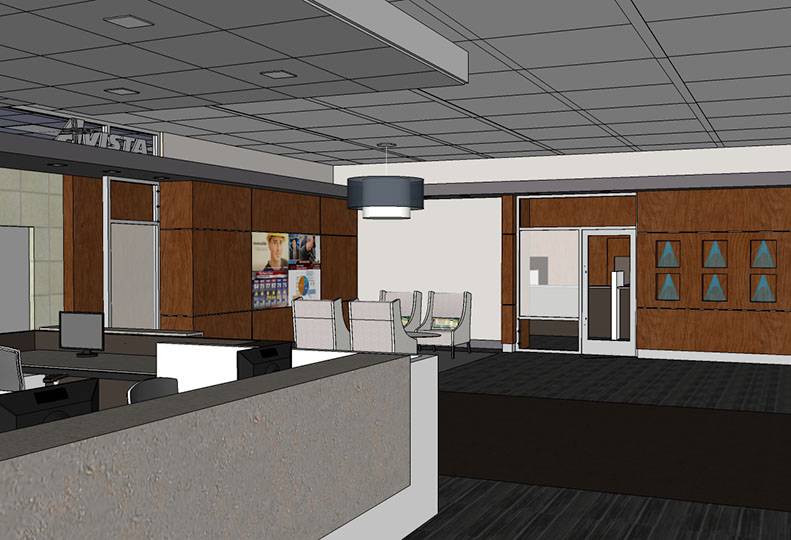 Avista Corp., of Spokane, is remodeling the lobby and basement of its headquarters building, at 1411 E. Mission, and says it plans to start work in March on a 42,000-square-foot addition.

The projects are part of a multiyear, $28 million renovation with a large emphasis on improving energy efficiency in the five-story structure.

The Spokane office of Seattle-based McKinstry Co. is the contractor for a phased project that began in 2009 and is expected to wrap up by the spring of 2015.

Installation of a more efficient heating, ventilation, and air conditioning system is a major component of the overall project, Bowles says. The work also has included asbestos abatement work and installation of thermal-pane windows, among other improvements.

The overall construction cost includes $21 million for improvements to the 54-year-old portion of the Avista building, which has 108,700 square feet of floor space. The next phase of construction expected to start next spring will include nearly $7 million for similar energy upgrades to a 35-year-old addition, which is attached to the north. Both buildings include basements, Bowles says.

McKinstry has estimated that final phase of the overall project will be completed in April or May of 2015, he says.

He adds, "We're getting toward the end of the main building project. Work on the first floor and basement is still under way and won't be completed until second quarter 2014. By February, the new lobby will be open."

About a year ago, Avista opened a temporary public entrance on the east side of the building during construction, Bowles says, and the company set up a temporary lobby inside of the north side addition.

When all of the renovation work is completed, Avista expects to save $300,000 a year in electricity costs, says Laurine Jue, an Avista spokeswoman. From the energy upgrades completed so far on several floors, the company estimates it has saved more than $860,000 in energy costs over the last four years.

Bowles says work started in 2009 on the fifth floor and continued in phases with renovations being completed on one story of the main building each year since then.

The company says it's received LEED gold certification from the U.S. Green Building Council, of Washington D.C., for renovation of the fifth, fourth, and third floors of the main building.

"It's been filed for the second floor, too, but there is a review period for that, and it takes about a year," Bowles says. "All of the materials we use are green materials in the way they're manufactured."

Jue says the project is the first substantial renovation to the main building since it was constructed.

Avista employs about 1,500 people, and roughly half of its employees work out of the headquarters building. Avista Utilities provides electric service to 359,000 customers and natural gas to 320,000 customers. Its territory includes Eastern Washington, North Idaho, and parts of southern and eastern Oregon.