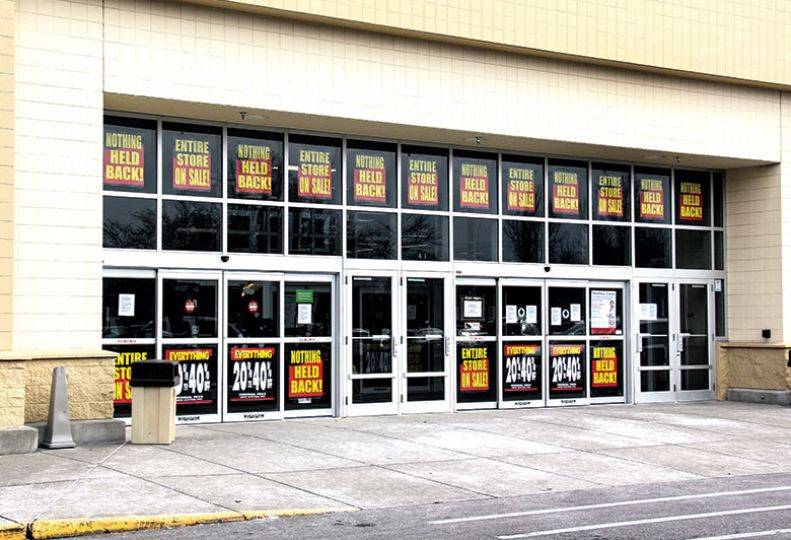 Potential future uses for the soon-to-be closed Shopko store building on Spokane’s South Hill could include another big-box retailer, a grocery store, a multitenant retail complex, or a mixed-use development, say commercial real estate professionals and a neighborhood spokesman familiar with the property.

Although Shopko hasn’t announced an official closing date for the store at 4515 S. Regal, signs on the South Hill store’s doors say a liquidation sale is ongoing, and deals available at other stores won’t be honored at that location.

Leo Notar, real estate broker with Business Properties LLC, says he was involved in the transaction when Wyoming-based SHS Building LLC purchased the Shopko building and surrounding land in 2015. Notar says Shopko’s lease was already in place at the time of purchase. The company is still under a long-term lease agreement, so it’ll be up to Shopko as to what goes into the building once it’s vacant, he says.

The building consists of 99,200 square feet of floor space on a 13.1-acre parcel of land on the southeast corner of 44th Avenue and Regal Street, according to Spokane County Assessor’s records.

Black says businesses that could fit well at the Shopko site include fitness companies, home improvement stores, and clothing retailers.

“I know a couple of developers have been kicking around that idea, but none of those plans have come to fruition,” says Teske.

The council represents residents in about 4,500 homes and works on behalf of the residents in that part of town. The Shopko site is within the Southgate neighborhood. As of Dec. 14, the council hasn’t met to discuss possible effects of the store closure, says Teske.

In general, Teske says, the council encourages mixed-use development along the Regal corridor.

He adds, “We’re hoping that somebody will have a use for it sooner rather than later,” so that the structure doesn’t sit vacant for too long.

Carl Guenzel, a broker with Spokane-based commercial real estate company Kiemle Hagood, also says the building might have potential as a multitenant structure.

“The most logical solution would be a redevelopment of the building and possibly putting smaller tenants in there,” says Guenzel.

Throughout the years, some larger retail tenants have considered the land neighboring the Shopko site for new stores.

In 2007, an Oklahoma businessman who had represented home-improvement giant Home Depot Inc. in development projects elsewhere sought a zone change for 16 acres adjacent to Shopko to accommodate a major retailer, according to a Journal report.

The application states there was a pent-up demand for locating major retailers to that area, but there was very little land of size and location suitable for such uses.

Shortly before the potential Home Depot project surfaced, Bentonville, Ark.-based Walmart Inc. had proposed developing a 186,000-square-foot supercenter on a Harlan Douglass property at the northeast corner of 44th and Regal, about a block north of the Shopko site. The retail giant nixed that plan, saying radio signal from nearby commercial broadcast towers would interfere with retailer’s computer equipment.

Around the same time, a wetland on that property was discovered to have been filled illegally.

Guenzel says some larger retailers have chosen not to expand to the South Hill because current population numbers constrain the market.

“The market, even though it’s a really good market, is a limited market. You’ve got a finite amount of people on the South Hill,” he says.

Additionally, the retail sector is dealing with competition from online suppliers, known as the Amazon effect, which is slowing that market’s growth, Guenzel asserts.

However, a smaller grocery store could work, and there’s also some demand in the area for more restaurants and bars, he contends.

Guenzel is involved with the Radio Tower Village development, which is envisioned on 17 acres of land known informally as the KXLY site on the west side of south Regal Street, west of the Regal Plaza shopping center and south of the Southeast Sports Complex.

The long-planned complex, also known as the KXLY South Complex, is envisioned to include seven commercial structures with a total of 180,550 square feet of retail space and a completed value of about $40 million.

The original vision for the development includes a 48,000-square-foot grocery story fronting Regal that would anchor the first of two phases of the complex.

Spokane-based Bernardo|Wills Architects PS is designing the development, and Yost Gallagher Construction, also of Spokane, has been named the contractor for it.

Guenzel says that project, which has been in the works for about eight years, is still moving forward.

A soccer field, which was part of a developer agreement with the city of Spokane, and a master drainage pond were recently built and developers are working on a “large residential component” on the western half of the property.

“This ownership specifically has time to be patient, and we want to do the right thing,” he says. “We’ve turned down a number of deals we didn’t feel benefited the neighborhood or benefited the project.”

Another nearby, prominent project is the $12 million Commons on Regal development. The development site is on 9 acres of land once occupied by South Regal Lumber Yard Inc., at 5415 S. Regal.

Guy Byrd, a broker with Spokane-based SVN Cornerstone, who is involved with the project, says anchor tenants haven’t been secured, so buildings for the project haven’t been erected yet.

Preliminary plans also called for a second phase, which would include a 27,000-square-foot grocery store and two more retail buildings, one with 12,000 square feet and the other with 4,100 square feet.

The South Hill Shopko is owned by Shopko Stores Operating Co. The retail chain sells a variety of goods, including clothing, bedding, seasonal wares, and some food items.

The company operates three other stores in the Spokane-Coeur d’Alene area. They’re located at 9520 N. Newport Highway, in the Northpointe Plaza shopping center; at 13414 E. Sprague, in Spokane Valley; and at 217 W. Ironwood Drive, in Coeur d’Alene.

Shopko hasn’t given any indications that it plans to close any of the other Spokane-area stores at this time.