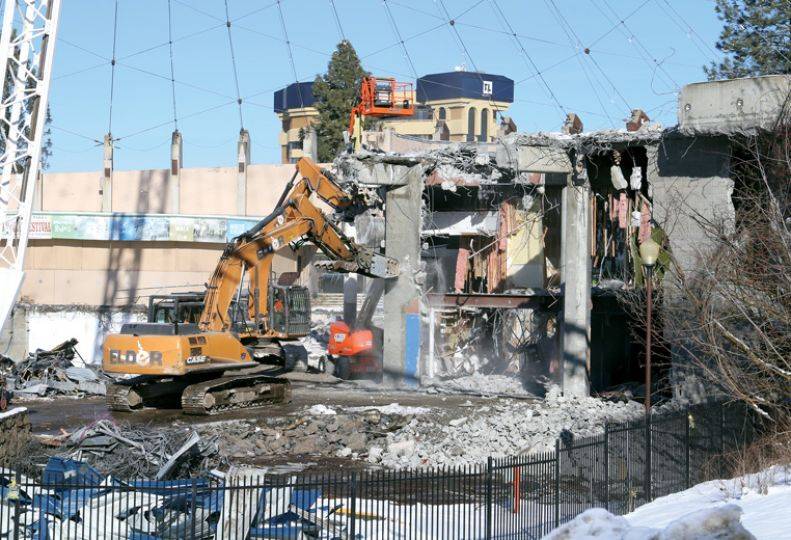 -—Kevin Blocker
Demolition work progresses on buildings neighboring the old U.S. Pavilion structure in Riverfront Park. The IMAX theater building there already has been torn down. 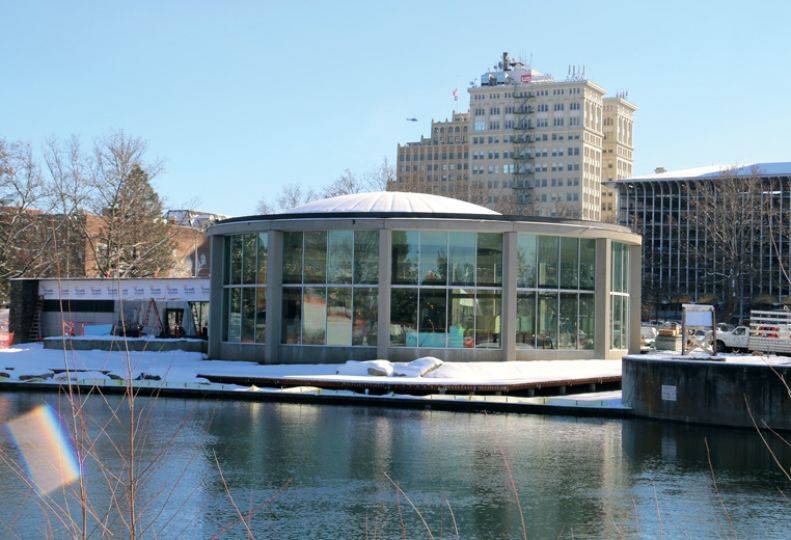 -—Kevin Blocker
The $10.2 million reconstruction of the Looff Carrousel building is scheduled to be completed in late April or early May. Walker Construction Inc., of Spokane, is the contractor on that project.

The most visible places where the general public can see changes to Riverfront Park downtown are along and around the areas of west Spokane Falls Boulevard and north Washington Street.

Along those two streets, and through the southern portion of the park, it’s clear to see the progress that’s been made since the first of $64.3 million in total renovations began in November 2016.

But construction work now has moved into the park’s central location and for the first time is occurring on the north side of the park.

In November 2014, Spokane voters approved a bond measure to provide funding for an overhaul of the aging park.

The IMAX theater building is gone. Construction crews quickly demolished the theater building last month to make way for the next phase of planning and development of renovations at the park’s pavilion, a $16.5 million project.

Fianna Dickson, communications manager for the city of Spokane Parks and Recreation department, says the design-build team has completed all of its design concepts for the pavilion and has forwarded them to the Parks Department.

“We’re doing demolition of the pavilion and the site prep, so technically that area is under construction,” Dickson says.

The U.S. Pavilion and Central Promenade is scheduled to remain under construction until the fall of 2019, Dickson says.

North of there, Garco has erected fencing around the park’s north promenade as $4.1 million in renovations are scheduled to start there soon and conclude in the fall.

Meanwhile, the following projects have been completed or are close to being finished:

•The $7.2 million Howard Street Bridge South Channel construction project, built by Athol-based T. LaRievere Equipment & Excavation Inc., is finished and will be open to the public when the Looff Carousel is complete,w Dickson says.