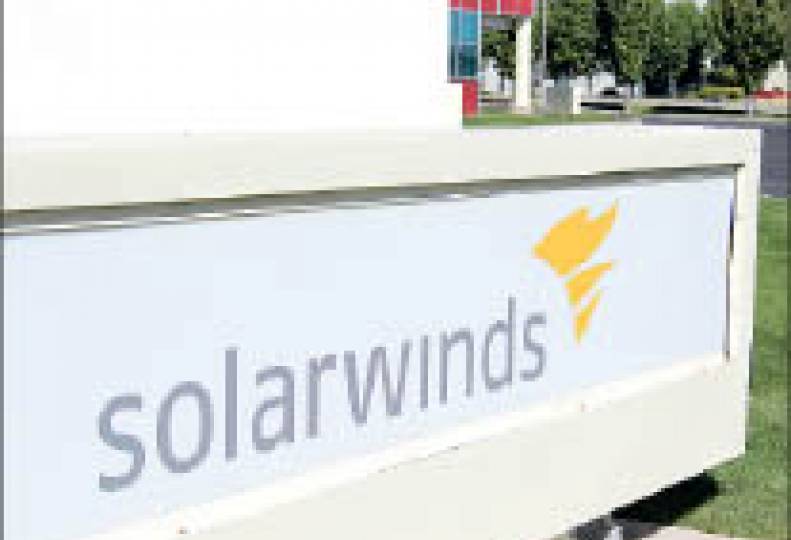 TriGeo, which was founded in 2001 and was privately held, had grown in recent years through the sales of its network security software primarily to banks, credit unions, hospitals, and colleges.

SolarWinds President and CEO Kevin Thompson says that company now is marketing TriGeo's software globally under the SolarWinds brand, based on what it sees as a demand for how the product monitors and tracks corporate networks. With the July 1 acquisition, the TriGeo operations, located at 510 Clearwater Loop in the Riverbend Commercial Park, are being integrated into a SolarWinds office.

The former TriGeo staff of about 60 people will continue to work out of the Post Falls location, Thompson says. He says the company plans to hire additional employees here during the next year to 15 months, though he is unsure how many people it will add.

"We do expect to grow in that location," Thompson adds. "We expect to do hiring in sales, in research and development, and technical support. The administrative side, we'll do here (in Austin)."

With the deal's close, longtime TriGeo leader Michelle Dickman, who joined the company in 2002 as an early investor, is no longer president and CEO. Thompson says SolarWinds has one of its executives regularly visiting the Post Falls operation until a site leader is selected.

SolarWinds develops network management tools, applications, and storage-management software, and TriGeo's software is being added to a base of about 20 products it offers. The company says it provides its software and interactive online-technology sharing to more than 95,000 customers worldwide, from Fortune 500 enterprises to small businesses.

Besides its corporate headquarters in Austin and its new operation in Post Falls, SolarWinds has offices in Dallas; Tulsa, Okla.; and the Salt Lake City area. It also has international offices, including in Ireland, Australia, India, Singapore, and the Czech Republic. This is its first location in the Northwest.

"We didn't have a competitive product," Thompson says about the reasons TriGeo was attractive. "We saw a lot of demand from our customers to get a log-management tool. It's completely new for us, and it adds another solution we can provide to the portfolio we already have."

"We were looking for a company that had great technology, but also built in the way we build technology," he says. "This is a company that had built a product that solves problems out of the box, with a really good user interface. It points you to the problems you need to worry about from the IT manager perspective."

TriGeo started here in 2001 as a privately held company founded by John Shovic and Deborah Frincke. TriGeo's technology is a spinoff of research performed by the University of Idaho and the University of Washington. TriGeo received a 2001 Sirti $100,000 innovation grant and its startup assistance. Early on, the company also grew with venture capital funding, and it secured a $2 million advance technical program grant from the National Institute of Standards and Technology, Shovic told the Journal for a 2001 article about the company.

It continued to grow here initially through funding from a group of local private investors, including Dickman, who wasn't available to comment for this story. However, in a 2004 Journal story, Dickman described being one of those investors beginning in May 2002 after coming to the area with a 20-year background in software and finance in California. She became TriGeo president July 2002, and then CEO four months later.

TriGeo's acquisition adds to a list of startup successes here, says Tom Simpson, president of the Spokane Angel Alliance, a nonprofit entity set up within the past two years to help fund promising companies. Simpson cited at least two other recent acquisitions in that category: the Massachusetts-based PerkinElmer Inc. purchasing Signature Genomics LLC, of Spokane, for an undisclosed sum in 2010, and Ciena Corp. buying World Wide Packets, of Spokane Valley, for roughly $300 million in 2008.

While credit goes to the people within a company who work hard to make a business grow, Simpson says, investors also view such acquisitions in light of an area's overall track record in nurturing startup companies.

"We have evidence of that here," Simpson says. "That (list) verifies that Spokane can in fact identify and nurture and grow young companies that ultimately can be acquired by larger leading industry companies."

He adds, "A lot of early-stage investors in Spokane are more likely to continue to put money into young emerging companies if they see a pattern of these companies being acquired or going public. We can point to that list of companies, and you can say yes, there is a demonstrated history in Spokane."

While the company grew, TriGeo promoted its software for its strength in analyzing and responding to security threats. It protects a computer network with a real-time security information management appliance that automatically identifies, notifies, and responds to suspicious behavior, policy violations, and network attacks.

While TriGeo's technology for security protection is still a strong sales appeal, Thompson says the product also is sophisticated in capturing logs and events and what those mean in order to improve performance.

"They have a really good team in Post Falls, especially on the engineering side," he says. "The people there are a big part of what we acquired. We're very committed to that team and to that location."

After the acquisition, Thompson says one of SolarWinds' first steps was to cut the price of the TriGeo product by about 50 percent, a move the company can make because of its business model and size, he adds.

"We plan to close a high volume," Thompson says. SolarWinds also plans to promote the TriGeo product more in the global marketplace. "About 26 percent of our business is outside the U.S., and we'll start to push this product outside the U.S. That will help with the growth of the product."

Looking forward, TriGeo is expected this year to add $3 million to $3.5 million to SolarWinds' overall revenue for the full second half of 2011, Thompson says.

For second quarter of this year, SolarWinds (NYSE: SWI) reported net income of $13.5 million, or 18 cents per share, up sharply from $8.3 million, or 11 cents per share, in the year-earlier quarter. The company also had record revenue of $45.8 million for the latest quarter, up 29 percent from the same period in 2010.