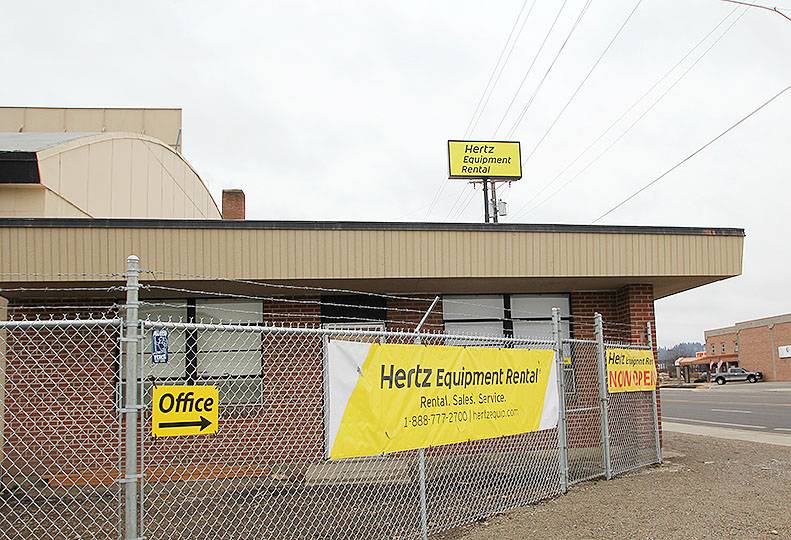 When Hertz Equipment Rental opened a 25,000-square-foot showroom and service outlet here two months ago to sell and rent out industrial and construction equipment, the global company noted that the new site is located in one of the top 100 U.S. metro markets.
Indeed, the U.S. Office of Management and Budget quietly made that designation official earlier this year when it expanded the Spokane-Spokane Valley Metropolitan Statistical Area to include neighboring  Pend Oreille and Stevens counties, which have strong economic ties to Spokane County based on commuter rates.
Since the 2010 U.S. Census, the consensus here was that it was inevitable that the Spokane-Spokane Valley MSA would be expanded in geographic reach and population count, says Patrick, Jones, executive director of the Institute for Public Policy and Economic Analysis at Eastern Washington University.
So it’s no surprise that once expanded, the Spokane-Spokane Valley MSA jumped into the top quarter of U.S. metro markets from previous midlevel status, based on population, Jones says.
What is surprising, though, is that the expanded Spokane-Spokane Valley MSA doesn’t include Coeur d’Alene, he says.
“The bottom line is a measure of commute patterns used by the Office of Management and Budget,” Jones says. “It has reached a point that both Pend Oreille and Stevens counties are automatically included.”
An MSA consists of one or more counties encompassing at least one urban area with a population exceeding 50,000. An MSA can include adjacent counties that have a high degree of economic integration as measured by the number of commuters between counties, says Frank Benenati, spokesman for the Office of Management and Budget.
The U.S. Census Bureau population estimate for the Spokane, Stevens, and Pend Oreille counties combined was 532,253 as of July 1, 2012, which ranks it as 100th out of 381 metropolitan statistical areas, Benenati says. OMB approved the three-county MSA designation in February of this year, he says.
Hertz Corp., the international auto and equipment rental giant, considered the metro ranking when it chose to open the big Hertz Equipment Rental outlet here, at 328 N. Fancher, says Zoe White, a Middlesex, England-based spokeswoman for Hertz.
“The fact that Spokane-Spokane Valley is now a top 100 metro market was a contributing factor in our decision to launch there,” White says. “It also helped validate the business case to make the investment in the new operation.”
That said, Hertz Equipment Rental considers its market area farther reaching than the Spokane-Spokane Valley MSA. Its customer base ranges from Central Washington to western Montana, the company said in a press release when it announced the Valley store opening.
Eldonna Shaw, president and CEO of the Greater Spokane Valley Chamber of Commerce, says the new MSA ranking should lift the Spokane area higher on the radar for other companies looking to expand into growth areas.
“Anytime you have a larger metro area, it attracts larger retail and larger business enterprises,” Shaw says. “I’m sure we’ll be hearing shortly of others who are monitoring this.”
Rich Hadley, president and CEO of Greater Spokane Incorporated, the Spokane-area joint chamber of commerce and economic development agency, says a lot of national companies look for new markets in areas reaching certain population thresholds.
“These are retail establishments and restaurants that come into a market area based on population,” Hadley says. “Other companies bringing manufacturing or technology look at that information relative to the labor force. That’s a plus.”
The urban population threshold for some companies to consider entering a new market is 500,000, he says, adding, “This puts us over.”
EWU’s Jones says employment interchange data used to expand the Spokane-Spokane Valley MSA has only recently been available through a new U.S. Department of Commerce mapping system that differentiates where people work and where they live.
In the case of Pend Oreille County, 27 percent of all residents who were employed in 2011 commuted to a job in Spokane County. For Stevens County, about 36 of all residents who were employed commuted to work in Spokane County, Jones says.
Both outlying counties are above the 25 percent threshold to be merged automatically into the Spokane-Spokane Valley MSA, he says.
The employment interchange measure between Kootenai and Spokane counties was 18 percent in 2011, which puts the Spokane-Spokane Valley and Coeur d’Alene MSAs in the optional range to merge MSAs.
For OMB to consider merging MSAs for those with employment interchanges of between 15 and 25 percent, OMB requires support through local opinion, Jones says.
He interprets that to mean such an MSA merger would require support from both Spokane and Kootenai counties.
Spokane-area interests have long supported merging the Spokane and Coeur d’Alene statistical areas to raise the regional ranking here among U.S. metro markets. Some Coeur d’Alene interests, though, opposed merging the Spokane and Coeur d’Alene statistical areas, especially for marketing purposes, for fear of Coeur d’Alene losing its separately branded identity.
Steve Wilson, president and CEO of the Coeur d’Alene Chamber of Commerce, says he hasn’t been part of any discussions recently regarding the MSA designation.
“From a chamber perspective, we’ve haven’t had a conversation on it one way or another,” Wilson says.
He says he’s surprised, however, to hear that Pend Oreille and Stevens counties would be merged into the Spokane-Spokane Valley MSA before Coeur d’Alene.
In a separate designation, Spokane, Spokane Valley, and Coeur d’Alene are grouped together in what’s called a combined statistical area, says OMB’s Benenati. The CSA designation recognizes areas with a considerable employment interchange that don’t qualify to become a single metropolitan area, he says.
“Metro areas that are included within a CSA retain their identity as individual metro areas; they’re just also identified as being part of a larger unit, too,” Benenati says.
CSAs are sometimes used by researchers who focus on regional issues, such as air quality or transportation, he says.
For the time being, the Coeur d’Alene MSA includes only Kootenai County. By population, it’s ranked 285 among the 381 MSAs nationwide. If the commuter interchange were to increase to 25 percent, it would be merged into the Spokane-Spokane Valley MSA, Benenati says.