Spokane orthopedists on a mission

Surgeons say they gain perspective, adaptability working outside of U.S. 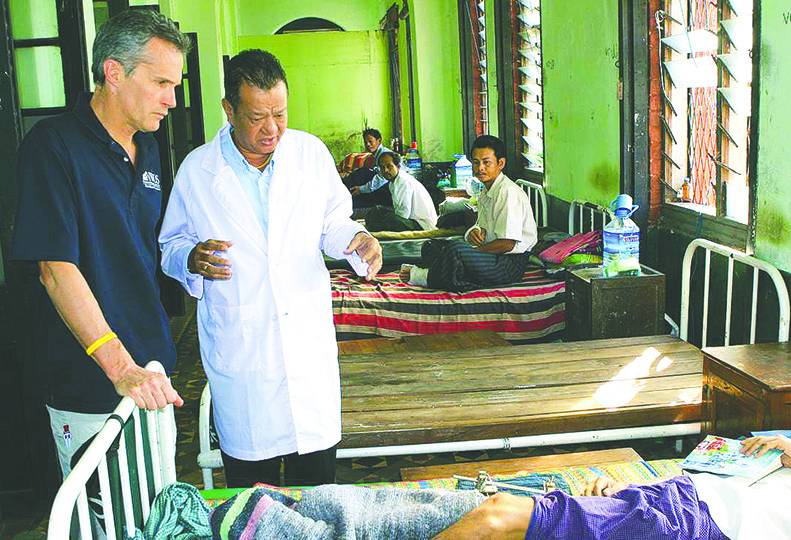 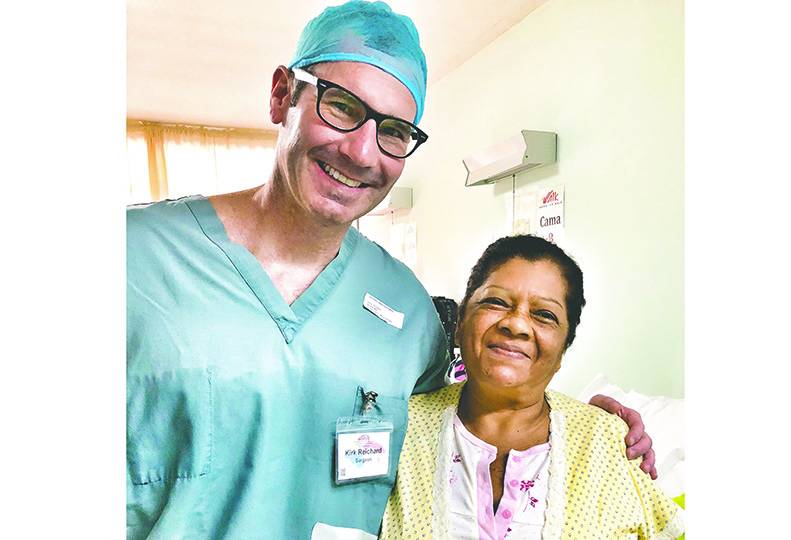 -—Northwest Orthopaedic Specialists
Dr. A. Kirk Reichard stands with a patient in Panama.

Three providers with Northwest Orthopaedic Specialists here say their time participating in international medical missions has taught them to be more adaptable in providing care and more mindful of the benefits of American health care.

Dr. Jonathan Keeve, an orthopedic surgeon, says he began traveling to other countries on medical missions in 1999, when he visited Vietnam for the first time.

“I was always curious what it would be like to work in a place that didn’t have a lot of resources, and I like to travel,” Keeve says. “I brought a bunch of equipment and went by myself with eyes wide open. I really enjoyed the experience in terms of being able to teach.”

Since then, Keeve has participated in nearly a dozen medical missions to Southeast Asia, Germany, and Haiti.

Dr. A. Kirk Reichard, also an orthopedic surgeon, and physician assistant David Baca travelled to Panama in April with Operation Walk, a nonprofit founded in 1996 by an orthopedic surgeon from Maryland. Now based in Los Angeles, Operation Walk has provided more than 10,000 patients with joint replacement surgeries at no cost to those in need throughout the U.S. and in many developing countries, according to the organization’s website.

Reichard and Baca met while they were working at a clinic in Virginia. After Reichard joined Northwest Orthopaedic Specialists, business picked up and he found he needed another physician assistant — that’s when he called Baca, who moved to Spokane and joined Northwest Orthopaedic Specialists in 2014. The two spent several days in Panama this spring, where they and four other teams of orthopedic surgeons, physician assistants, nurses, and anesthesiologists completed 60 joint replacements.

“There were four other physicians and there were four other PAs, so we had four rooms running the entire time,” Reichard says. “Over three days, we did a tremendous amount of work, which is really fruitful not only to those patients, but also really rewarding from our standpoint.”

“If you have a skill to offer a greater number of people, whether it’s through teaching or service, it just seems like the right thing to do,” Keeve says of participating in medical missions.

Keeve says he’s gone on some medical missions on his own and also has participated in missions through Richland, Wash.-based SIGN Fracture Care International. The nonprofit designs and manufactures implants and surgical instruments, which it donates or provides through cost reimbursement to underresourced hospitals, according to the organization’s website. The nonprofit also sends orthopedic surgeons, like Keeve, to train their peers in the use of the equipment and in some procedures and techniques.

Many who need orthopedic attention were injured in traffic accidents, Keeve says.

Operation Walk focuses almost exclusively on hip and knee replacements for those with arthritis, so Reichard and Baca dealt only with arthritic patients in Panama. Those patients may have been suffering for years, Baca says, due to a lack of access to affordable health care.

Performing surgery in a developing country comes with a degree of uncertainty, Keeve says, and providers’ adaptability can be challenged by a host of factors.

“A hospital runs out of oxygen, for example, and all of a sudden you can’t do the procedures you would normally do,” he says. “Some places have people with a wide variety of training, some with almost no training. You never know what kind of equipment you’re going to find there, if any.”

Everything is donated, Reichard says, from joint replacement implants to surgical instruments. That means volunteering surgeons often must use tools that are older than they’re accustom to using or that are made by different manufacturers than the tools they use at home.

“There’s a lot of improvising techniques,” Keeve says. “A surgical technique that hasn’t been done in this country in 30 or 40 years might be the only thing you can do there.”

Keeve says he also has to adapt to the abilities and resources of the surgeons he instructs during teaching missions.

Performing joint replacements is part of Reichard’s routine in Spokane, but he says performing the same surgery in a different country is somewhat more complex.

“One thing I was surprised by was how stressful it is to not do this in your own environment,” Reichard says. “We get so used to controlling every little aspect of it in the U.S. You know who’s going to be helping you. You know how long the surgery’s going to take. You know exactly where the patient’s coming from.”

“We’re pretty spoiled in this country. We have lots of fancy equipment and lots of people to help and everyone speaks the same language,” he says. “When you come back, at least for a while, and hopefully for a long time, you’re extremely grateful for what we have here. You have a very deep appreciation for not only the resources that we have but the people that we work with. You become a much more patient person and realize that something may not be so bad compared to things that you’ve seen elsewhere.”

Operation Walk missions take a great deal of planning and coordination, Baca says, but much of the work leading up to a patient’s surgery is done by the time the orthopedic surgery teams arrive. Operation Walk volunteers arrive long before the medical providers and spend weeks identifying patients in need of joint replacements who are good candidates for the procedure, taking x-rays and sending them to surgeons, and ensuring the correct sizes of implants will be available.

On the first day the teams arrive, some time is spent unpacking equipment and preparing examination rooms before providers begin a final screening process, Reichard says.

“We look at their X-rays. We make sure they’re a good candidate for surgery, and we make sure that they’re medically healthy enough for surgery,” Reichard says. Everyone involved in the surgery, from surgeons to anesthesiologists, gathers in one room to agree on the course of action and prepare for potential complications.

Four or five surgeries are performed the first day, he says.

“For the next three days, it’s all surgery, all day,” Reichard says. “After that, it’s a matter of following the patients in the hospital, having the physical therapists work with them, and getting them on the road to recovery.”

Reichard and Baca say they were impressed by the speed at which patients recover with little pain-relieving medication.

“There was a patient of mine that I did both knee replacements, and the day after surgery, I saw her and she said she was in tons of pain and was really hurting,” Reichard recalls. “They gave her one pain pill and some Tylenol. I saw her that afternoon, and she’s walking with a walker and smiling.”

Seeing patients who have healed from past joint replacement surgeries is gratifying, Baca says.

Reichard says nearly as many joint replacement surgeries in Panama are performed through Operation Walk as are provided by Panamanian surgeons.

“When Operation Walk goes there and does 60 cases, that’s a lot of the cases that are done there for that year,” he says.

“We impact people here and people have significant improvements in their quality of life, but there they just have no other option, it would never have happened unless we went there and did it,” Baca adds.

Keeve says medical missions have a variety of lasting effects for everyone involved.

“Patients and practitioners in the developing countries benefit from you being there; you benefit from being around people who work under difficult circumstances to provide care for people, and it’s also a good public relations thing for the U.S. and for Western medicine in general,” he says.

“If you’re interested in medical missionary work, you don’t necessarily have to be a surgeon or a nurse,” he says.

Baca adds, “There are lots of different ways to contribute to the surgery and getting these people better. We have volunteers that go on all of our trips that help people just get up and walk after surgery.”

Keeve says he has no plans for a mission next year, but intends to return to Myanmar in the next few years.

Reichard and Baca say they’re considering a mission to Nepal in fall of next year, but they’re not sure there’s enough time to plan for that, as most medical missions take at least a year of advance planning and coordination. All three say they intend to continue medical mission work in some way.

“Once you’ve been on a medical mission trip, it would be very difficult not to continue to want to do something like that,” Keeve says. “That’s why I’ve done it for almost 20 years.”