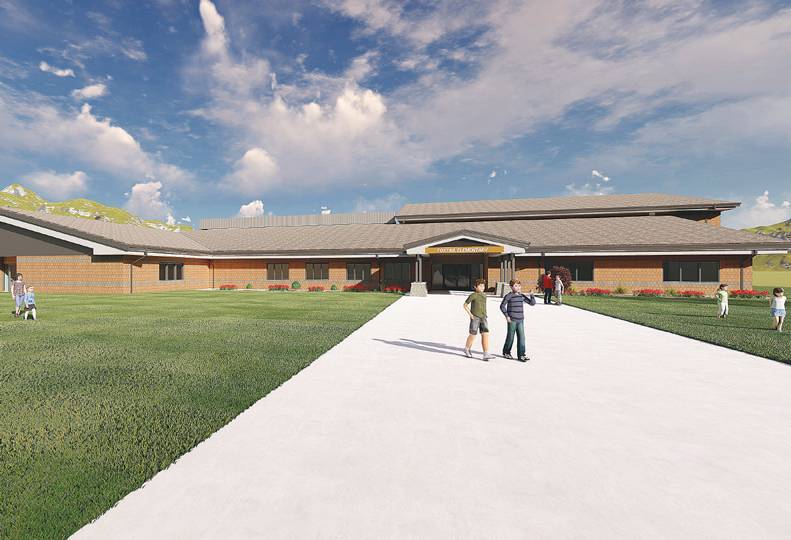 -—Architects West Inc.
Work has begun on a new, yet-to-be-named elementary school in Post Falls. The project is scheduled to be completed in about a year.

The 50,700-square-foot school is scheduled be completed in time for the start of the 2020 school year, Keane says. Some 500 students will attend the yet-to-be-named elementary school, which is valued at $10.3 million.

Keane says the 11 acres on which the elementary is being built were donated to the school district by Coeur d’Alene-based Architerra Homes, which is the builder for the Foxtail project.

The $12.5 million bond levy to fund construction of the school was passed by Post Falls taxpayers earlier this year.

Coeur d’Alene-based Ginno Construction Co. is the contractor for the elementary school. Architects West Inc., based in Coeur d’Alene, designed the project.

Scott Fischer, principal at Architects West, says the school is the fourth version of a prototype plan the company has been using for Post Falls schools since 1992.

The facility will include 21 classrooms, a gymnasium, a media center, a combined commons and cafeteria with a stage, and a life skills suite. A parking lot will offer 103 parking spaces, as well as a separate bus and parent drop-off area.

A secure entry will open into the commons area, Fischer says.

The Foxtail development was started by Hayden LLC in 2007. Architerra Homes has been building houses in the development since 2013.