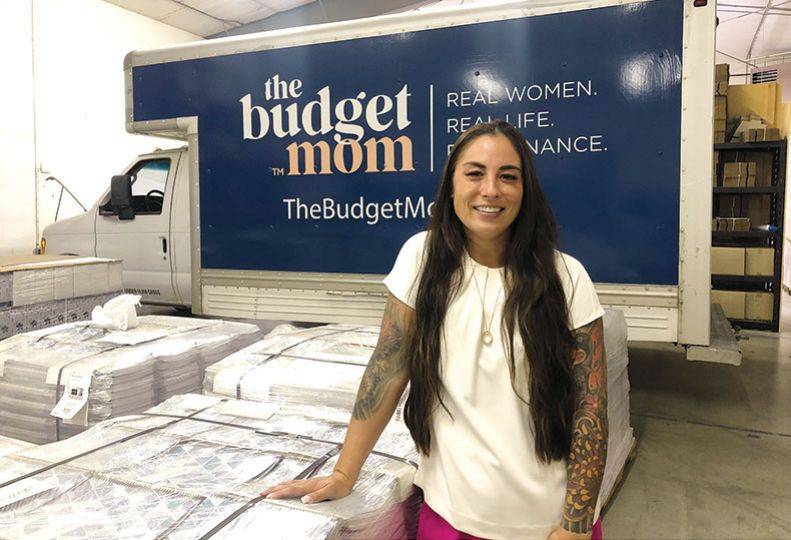 -—Karina Elias
Kumiko Love, founder and owner of The Budget Mom LLC, says she’s been guiding others on the cash stuffing method for the past nine years.

With inflation increasing the cost of everyday expenses, “cash stuffing” has become the latest trend on the social media platform TikTok, and other budgeting tactics also are on the rise, Spokane financial advisers say.

Cash stuffing, or the cash envelop method, has been around before banks and ATMs, explains David Altmeyer, president and founder of Altmeyer Financial Group.

As a mindful alternative to simply swiping a debit or credit card, cash stuffing is the act of physically dividing one’s income into separate envelopes designated toward monthly expenses such as groceries, entertainment, and shopping, he explains.

“It’s a way to stay disciplined and spread out one’s income throughout the month,” says Altmeyer.

Kumiko Love, founder and owner of The Budget Mom LLC, says she has been using the cash stuffing method for the past nine years to help her budget. Even as a successful entrepreneur today, Love says she stuffs seven envelopes, each for a separate expense or goal.

Love contends that there are several factors that most likely contributed to viral cash-stuffing videos on the social media platform TikTok.

“Cash stuffing is this promise to get better control over your day-to-day spending by using physical cash versus swiping,” she explains.

Love contends that it is the day-to-day spending that derail budgets. Physically holding onto her grocery budget money while shopping for food enabled Love to see the long-term consequences of her spending at any moment, she says.

“Holding onto $50 in my hand allowed me to start asking questions about my day-to-day spending as opposed to mindlessly throwing things into my shopping cart,” says Love. “My spending was no longer me reacting to my circumstances or emotions.”

Secondly, Love says when she used to create videos showing herself stuffing envelopes full of cash, the responses she received from her followers indicated they experienced a sense of satisfaction watching her count fresh bills, all facing the same direction into beautifully decorated envelopes.

“A lot of these videos are beautiful, which is a weird thing to say when talking about such a dry subject as finance and budgeting,” says Love. “It’s really an aesthetic.”

Love says that while she still uses the envelop method, she has moved away from creating these types of videos to making videos focused on explaining the process of budgeting and why using methods such as the cash envelope can be helpful.

Love graduated from Eastern Washington University in 2011 with a degree in finance and subsequently began working in the finance industry. On her first day of work, her boss asked her to create a personal budget for herself.

In 2016, while Love was earning her credited financial counseling designation and learning about finance and budgeting, she launched the Budget Mom website for $2.99 to share budgeting tips with others.

Today, Love is debt free and has built a community of hundreds of thousands of followers who visit her site each day. In addition to creating videos and blog posts, Love also ships personally designed budget planners from her warehouse located at 414 N. Julia, in the East Central neighborhood.

Maren Meir, community development officer with Liberty Lake-based STCU, opines that with an inflationary economy, the prevalence of budgeting methods and tips are being given more attention.

Meir says she teaches clients about “money buckets” at STCU-led financial workshops, in which members are encouraged to open as many checking accounts as they wish for different goals or expenses such as Christmas, vacations, and groceries.

Meir contends that the money-bucket system is a safer form of cash-envelope system because of the convenience of paying bills online and the added security it provides compared to keeping cash at home.

In addition to helping clients set up money-bucket accounts, Meir has clients identify their short-term, mid-term and long-term goals, which keeps clients motivated.

“When you identify those goals, it’s not just a wish, and budgeting is a way to achieve those goals,” she says.

She adds that she teaches budgeting as a lifelong exercise. Meir adds that budgeting shouldn’t be seen as a rigid and static exercise but one that changes over time.

“We have goals in life in our 20s, 30s, and so on,” she says. “A budget is a living, breathing document that you maintain and update as you change.”

Love says she received some negative comments when she shared online how she was facing her financial struggles, including comments that shamed others for renting instead of owning a home, and for spending on eating out.

In 2017, Love launched The Budget Mom Gives Back campaign to shed light on online bullying in the realm of finance.

“I wanted to bring light to this and say it’s not wrong to spend ‘x’ amount of money on food or have ‘x’ amount of debt,” says Love.

With the upcoming holiday season, Altmeyer says budgeting and techniques such as money stuffing should be practiced over credit card spending.

Altmeyer explains that one of the fallbacks of cash stuffing is that it can be difficult to build credit. In that regard, he advises taking one monthly revolving expense and charging it to a credit card and then paying it off at the end of the month.

“I’m not against credit cards,” he says. “But it’s about whether the person has the discipline to have one.”