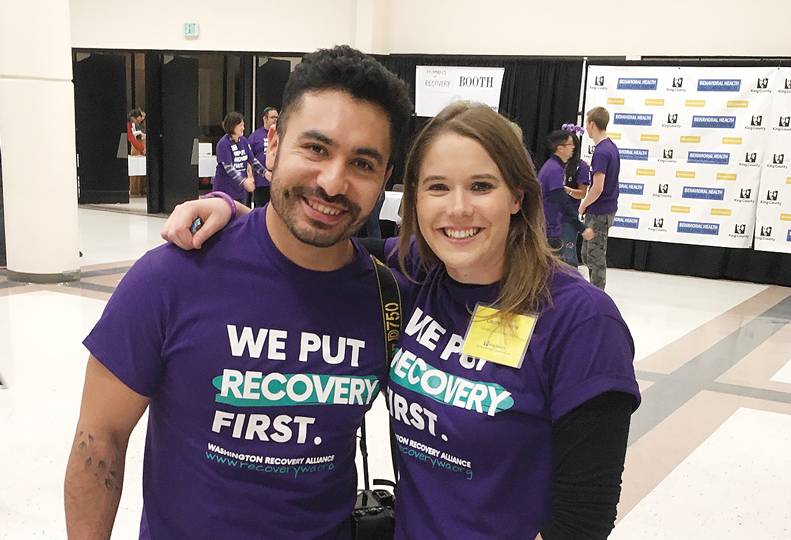 Spokane’s Excelsior Youth Center is now prepared to treat minors who have been placed in inpatient treatment involuntarily for behavioral health and addiction issues.

So far, the North Spokane organization is the only Safe Withdrawal Management and Stabilization facility in the state ready to accept patients under Washington’s Involuntary Treatment Act.

Excelsior CEO Andrew Hill says the organization has eight beds designated for minors who are undergoing withdrawal from drugs or who are struggling with alcoholism or mental illness. The beds are in Excelsior’s new Integrated Care Center, located on its campus at 3754 W. Indian Trail Road.

Construction of the $6.3 million building was finished by April, but because of restrictions put in place to stop the spread of COVID-19, Excelsior was unable to open the secure facility until last week.

The facility was designed to operate four different programs independently of each other, Hill says, so that Excelsior can provide help for minors who are struggling with different problems under the same roof.

Treatment costs at Excelsior average about $500 a day, Hill says, depending on insurance coverage and services provided. Hill says Excelsior doesn’t turn anyone away based on ability to pay and accepts both Medicaid and commercial insurance.

The Integrated Care Center provides a huge relief to Excelsior because the organization no longer has to turn away caregivers who are seeking help for a minor who refuses voluntary inpatient treatment.

“Having the opportunity to say, ‘We’ve got this, we can help,’ and not turning that parent and family away because we can’t provide an intervention is what really matters to us,” Hill says.

Washington state Rep. Lauren Davis (D-Lynnwood) wasn’t yet in politics when she helped create Ricky’s Law. Nor had she yet helped found the Washington Recovery Alliance, of which she’s now executive director.

She was 24 years old and had just returned from a few years overseas to find that her best friend from high school, Ricky Garcia, was deeply addicted to opiates and alcohol. But nobody could force him to get help.

Prior to the passage of the law in 2018, any adult or minor over age 13 could refuse voluntary treatment for substance use disorder. Involuntary commitment to a facility for treatment was rare.

Davis became Garcia’s primary caregiver. Over the next two years, Garcia was in and out of the emergency room, intensive care unit, and psychiatric unit. One particular visit stuck with Davis.

“The same psychiatrist who had treated him on previous visits sat across from Ricky and me in the discharge planning meeting, and looked at Ricky, and said to him, ‘If we were in another state and I could commit you involuntarily to addiction treatment, I would. But my hands are tied in Washington.’”

State law provided for involuntary treatment for those suffering from mental illness, but substance-use disorders were specifically excluded from the law, Davis says.

Garcia was eventually able to break the cycles of his addiction – Davis says Garcia, now age 33, will celebrate eight years of sobriety next month.

But in trying to find help for Garcia, Davis was disturbed by what she learned about the limits of involuntary treatment laws in Washington.

“What I came to find out was really tragic: not only could you not commit an adult who was dying of their addiction, but you couldn’t commit a child, either,” she says. “We had a process called Parent Initiated Treatment for adolescents ages 13 to 17, but only for mental health. Substance-use disorder had been left out.”

Families had few options. If they had private insurance and the financial means to do it, they could pay to have secure transport—what Davis calls “legal kidnapping”—to take the minor to a state where they could be committed involuntarily. If not, Davis says, “We would tell them, pray that your child gets arrested, because that’s the only way to stop their use.”

Under Ricky’s Law, a minor’s parent or designated caregiver can opt for family-initiated treatment if the minor refuses voluntary treatment. The minor is then taken to a secure withdrawal management and stabilization facility, such as Excelsior, where they stay for up to 17 days.

Davis says it’s important that the state designated such facilities for involuntary treatment. Unsupervised withdrawal from opioids can be fatal.

“Withdrawal management is the recognition that if a person’s drug of choice is opioids, you don’t actually want to detox them, you generally want to offer them some course of medication-assisted treatment like Suboxone,” Davis says.

Suboxone is a combination of buprenorphine and naloxone. Buprenorphine blocks opiate receptors in the brain and helps to reduce the urge to use opioids, while naloxone helps reverse the effects of opioids. The combination helps to prevent and mitigate symptoms of opioid withdrawal.

Davis says that many adults who undergo involuntary treatment choose to continue treatment voluntarily. Much of the reasoning behind Ricky’s Law is that a break in the cycle of addiction can provide the clarity someone needs in order to seek additional help in battling the addiction.

“These young people or adults are so caught up in their active addiction that there is no pause button, there’s no respite, you won’t find any moment in a 24-hour period where they’re not high or drunk,” Davis says. “Prior to Ricky’s Law, the only forced pause was through the criminal justice system, which is not where we want to send people in acute behavioral health crisis.”

Providing a path to sobriety for youth that excludes the criminal justice system is a big shift for the state, she says.

“It’s a philosophical recognition that these are young people in the depths of an extremely acute behavioral health crisis, they’re not criminals,” Davis says.