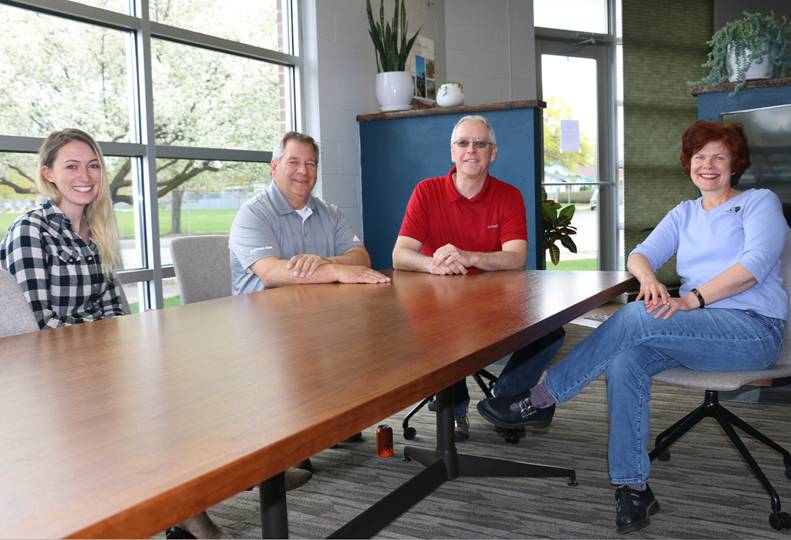 As one of the founding partners of SPVV Landscape Architects, Tom Sherry says in some regards, the firm may not be where it is today were it not for his former mentor at another firm.

Sherry, now 59, worked for almost a decade at The Office of Robert Perron. Perron was the lead landscape architect for Expo ’74 and played a key role in transforming Riverfront Park from an old rail yard.

“His vision was holistic in how a project can have social and community impact,” he says.

For decades, the architectural, construction, and landscape template in the U.S. had been to “knock it down” and build anew, he says.

But Perron was an ardent proponent of preserving existing structures when appropriate and using natural features for enhancement, he says.

SPVV, which celebrated its 25th anniversary at the end of April, embraces the same holistic approach, Sherry says.

Despite the current state of the economy due to the coronavirus pandemic, SPVV is on solid footing, Sherry says.

“We’re in pretty good shape right now,” he says. “We have a batch of work to keep us busy for another six months. I think the outlook is optimistic.”

The firm also is working on athletic field replacements that involve installing artificial turf at Central Valley and University high schools, he says.

SPVV has active projects in the Tri-Cities, several of which are at K-12 schools. The firm’s work in the Pacific Northwest runs from Western Montana to Seattle, and it also has projects it’s working on in Arizona.

The firm has a pipeline of work that will keep employees busy through at least the remainder of the year, Sherry says.

SPVV has a total of eight employees, five of whom are landscape architects. Two employees are landscape designers, and one is the office administrator.

Sherry says landscape architects and designers can perform most of the same functions; however, the licensure of an architect creates more opportunities.

“On projects involving municipalities, K-12, architecture and engineering firms, they want a landscape architect,” Sherry says. “It’s why we encourage everyone with our firm to get licensed.”

Sherry says the company places a high value on landscape architects and designers being capable of completing a myriad of tasks.

“One of our goals is to grow good landscape architects. We want everyone to be successful even if you’re competing against me,” he says with a laugh.

The last four years have proven to be among the most lucrative for the firm, he says.

“We saw steady but slow growth between 2009 and 2016,” Sherry says. “I hope this doesn’t sound too political, but seemingly right after inauguration day in early ’17, a lot of money came off the shelf. It was stunning.”

Sherry declines to disclose annual revenue, but he says the firm experienced a 20% increase in revenue in 2017 over 2016. Revenue has steadily increased 4% to 5% annually since then.

Sherry says the firm has come a long way since its founding year of 1995. The founding partners had worked for a couple of years with Perron to create a succession plan, but ultimately, he decided to maintain the operation of his firm.

In starting off on their own, Sherry, Pratt, and Van Voorhis shoehorned their way into a 250-square foot office in the Symons Building, at 7 S. Howard in downtown Spokane.

After quickly outgrowing that space, the company relocated to the Flour Mill, at 621 W. Mallon, 18 months later.

“We hired our first employee in 1998, and that felt pretty big time,” Sherry says.

SPVV made the Flour Mill its home for 17 years before moving to its current location, which is a mile southeast of Audubon Park along Northwest Boulevard.

The current principals bought the 5,000-square-foot building in 2015. SPVV occupies a little more than 2,000 square feet. An All State Insurance Co. agent and café also are current tenants, Sherry says.