A new dynamic in the used-car market 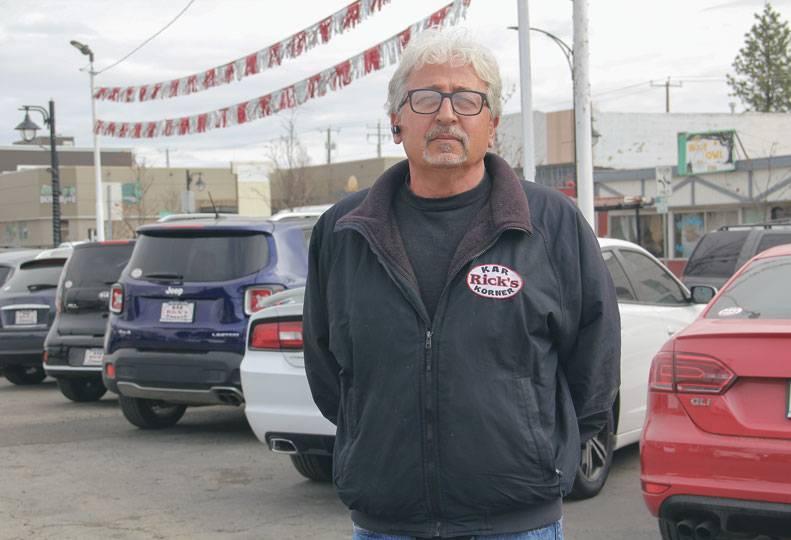 -VIRGINIA THOMAS
Rick Gimeno, owner of Rick’s Kar Korner, says he’s paying more at auction for used vehicles than he did a year ago.

Demand for used vehicles has increased significantly, and that’s unlikely to change until vehicle manufacturers catch up to demand for new cars and trucks, industry sources say.

Rick Gimeno, owner of Rick’s Kar Korner, says auction prices on used vehicles have been rising significantly since the beginning of the COVID-19 pandemic.

“I’ve been a used-car dealer for over 40 years, and I’ve never seen anything like this,” Gimeno says. “It’s the same market as before, as far as what people want, but the prices we’re looking at paying are going up because the supply chain is really depleted.”

Some vehicle manufacturers were shut down for a portion of 2020 due to the pandemic, while others pivoted to producing respirators. Until manufacturers ramp back up to normal and can supply dealers with new inventory, he says, the used market will continue to be tight.

“The new-car dealers are keeping more and more used cars on their lot because they have no new cars to sell,” says Gimeno, whose dealership is located at 2003 E. Sprague in East Spokane. “It’s putting a pinch on availability.”

“Back before COVID, we were a one-to-one store -- one new sale to every used,” Brewer says. “We’d have 100 used vehicles on the lot. We’ve transitioned into a roughly four-to-one, and we’ve escalated our used-car inventory. We try to keep it around 200.”

According to online pricing and information guide Edmunds, the price of new cars could also play a part in the demand and high prices of the used-vehicle market. In December 2020, the average price of a new vehicle surpassed $38,000 for the first time.

Analysts at Edmunds say more affordable options in the new-car market are growing more scarce as a result of some manufacturers closing certain product lines. This, Edmunds analysts contend, will create a barrier to entry for many consumers, pushing them toward the used market.

As prices continue to rise, Gimeno says he and other small, used-vehicle dealers are feeling the pinch. Rick’s Kar Korner has about 50 vehicles on the lot at a time, Gimeno says.

According to data from the U.S. Bureau of Economic Analysis, used cars and trucks have been among the top consumer goods in terms of fastest price growth. From January 2020 through January 2021, the average price increased by almost 9%.

“When we look at the Seattle and Spokane markets, we may look at the auction prices for the vehicles and say that they’re too much,” Brewer says. “We may go outside of our region. We might go up to Colorado, Boise, Vegas. It’s about having that quality guy who knows where to look so that we’re buying vehicles competitively.”

Brewer adds, “We’re working twice as hard to get the cars because they’re so expensive locally.”

Gimeno says he expects demand will continue for another 12 months.

“The new truck market is really tight, as far as available product,” he says. “The biggest-hit part of our market is late-model trucks and sport utility vehicles, just because that’s probably 60% of the marketplace. (Manufacturers) are really behind on those, as far as supplying new car dealers.”

Sales could begin to stabilize later this year.

According to Atlanta-based vehicle remarketing services, marketing, and software provider Cox Automotive, sales of pre-owned vehicles nationwide were up by 4% in February from the prior month, but were down 12% year over year. Cox Automotive predicts that sales this year will resemble 2019 sales, with about 2.8 million used vehicles sold by the end of 2021.