Most, however, save less than traditional workers 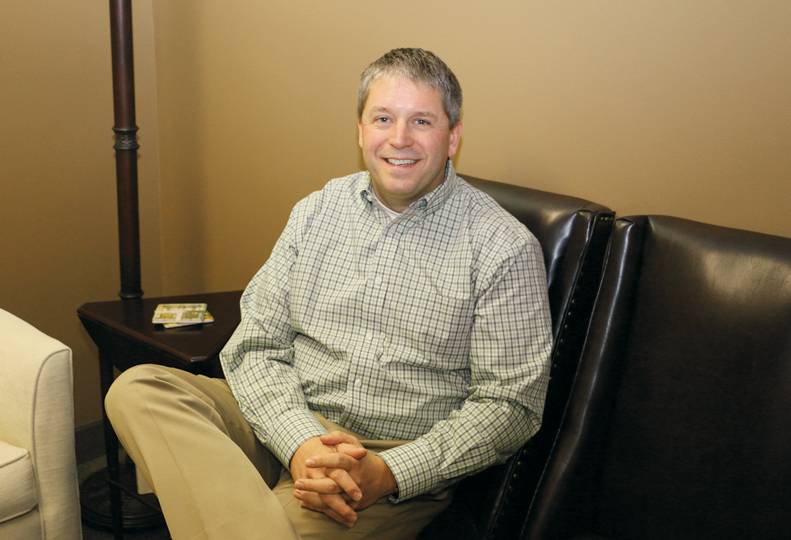 With Spokane’s booming entrepreneurial ecosystem, more people are stepping away from the traditional office into self-employment. With that comes not only more responsibility, but more flexibility when it comes to saving for retirement, says Eric Christiansen, managing partner at Spokane-based Quantum Financial Planning Systems Inc.

An analysis of 2018 Census Bureau data shows about 10% of people in Spokane County are self-employed.

A recent study by retirement research company Plansponsor, a division of Connecticut-based Asset International Inc., shows of those surveyed nationwide, only 56% of independent workers were actively saving for retirement, compared with 72% of traditional workers.

Those include the traditional and Roth investment retirement accounts, Simplified Employee Pension IRAs, and Simple IRAs, he says.

Christiansen adds that solo 401(k)s also have increased in popularity.

A SEP IRA for business owners works similarly to the traditional IRA plan, Christiansen says, but it has a higher contribution limit per year at $57,000 for 2019. A Roth plan has a maximum annual contribution limit of $6,000 if under the age of 50, $7,000 if over 50.

With a SEP or traditional IRA, one contributes pre-tax money that reduces the overall taxable income and gives an employee an upfront tax break. Once withdrawals begin, the money is taxed like regular income. With a Roth, upon withdrawal the money is tax-free.

Another big benefit of the SEP is the flexibility, he adds. Unlike other plans, a person has up until they file their tax returns to contribute to such a plan.

Rossolillo says a Simple IRA was designed more for small businesses, and it includes fewer record-keeping requirements than a conventional 401(k) plan.

“A Simple IRA is a good option for a small business that maybe has limited resources but still wants to offer their employees some sort of retirement benefit,” Rossolillo asserts.

Christiansen says, “The main difference is that you’ve got a little more flexibility with the self-employed (plans) because with the SEP, you’ve got more time. The Simple IRA is more cost effective—it’s less expensive of a plan.”

The biggest draw for a retirement plan is the tax breaks, Christiansen contends.

He adds that the biggest mistake he sees with the self-employed is not putting away enough to cover taxes at the end of the year.

“Somebody with a W2, those taxes are just withheld. You work for an employer, they withhold those employment taxes, they withhold the Social Security. That doesn’t get withheld for a self-employed person,” he contends. “They’ve got to be saving that themselves.”

Rossolillo contends that simply because self-employed workers aren’t using traditional retirement plans as much as regular employees, it doesn’t mean they’re not saving.

“It’s not to say that they’re not saving at all, but we’ve definitely seen the self-employed utilize other types of accounts, different types of savings vehicles that the average employee doesn’t,” he says.

The self-employed are more likely to use a taxable investment account that offers more flexibility and fewer limitations, Rossolillo says.

Unlike a traditional retirement account, a taxable investment account has no IRS-established clauses as to when the money can be withdrawn.

“The ability to do whatever they want with that money without having to wait until some predetermined retirement age is obviously a big perk,” he says. “For entrepreneurs, self-proprietors, people who have figured out a business they can do themselves … that flexibility has some value.”

There are no limitations on how much can be contributed and who can put funds into these types of accounts, he adds. The only limiting factor is having to pay taxes on the fund, which may limit how much a person is willing to put in.

“There are a lot of studies that the self-employed aren’t saving for retirement, but I really think that’s the big takeaway — it’s not that they’re not saving. Their goals are just radically different,” Rossolillo contends.

“It doesn’t have to be a big amount, but starting sooner than later,” he says. “The sooner you start, that makes a huge difference down the road.”

In 2015, 15 million people were self-employed, which represents 10.1% of all U.S. workers, according to U.S. Bureau of Labor Statistics. A study by accounting software company FreshBooks found 24 million Americans want to become self-employed by 2021.