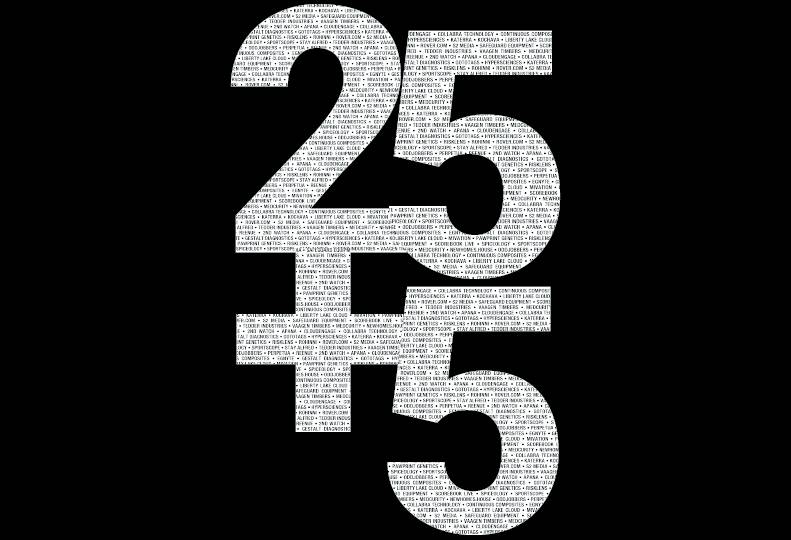 The list includes 25 emerging companies and five up-and-coming businesses, says Ignite Northwest President and CEO Tom Simpson. The 30 companies were chosen for their growth potential, their status as privately held, and the fact they all were launched fewer than 12 years ago. All 30 companies are either headquartered or have a substantial presence in the greater Spokane area, from Sandpoint-based Kochava, to Spokane-based Safeguard Equipment Inc., to Colville-based Vaagen Timbers LLC.

Simpson says he was motivated to create the list after observing what he says is a lack of knowledge about local startups. He says he asked some local business leaders last year to name a Spokane-area company that had raised more than $2 million in capital in 2019.

“Generally, they couldn’t name even one company,” Simpson says. “It started with that. Given my role at Ignite and the way I’m trying to frame Spokane as an entrepreneurial hub, I thought it might be valuable to put together a list that’s publicized that provides focus on all of these interesting companies.”

According to Simpson, local startups have a combined $937 million in market value. Startups on the Ignite 25+5 list raised a total of $64 million in capital in 2019.

Simpson says he doesn’t have figures for past years, as this is the first year Ignite has examined regional startup funding data.

However, data from PitchBook, a private market data software subscription platform that tracks data regarding private capital markets, including venture capital, private equity, and merger-and-acquisitions transactions, can shed some light on such activities over the past few years.

According to PitchBook data provided by Spokane Public Library and business librarian Mark Pond, the number of investment deals made with companies headquartered in the greater Spokane area has risen unsteadily, from six deals in 2010 to 14 deals in 2019; 2015 saw the highest number at 18 deals.

The amount of capital invested, meanwhile, has seen fluctuations. In 2010, less than $5 million was invested in startups here; in 2019, about $27 million in investments infused Spokane’s startup scene. 2018 saw the highest amount of investment, with investors providing about $62 million to local startups.

The number of investment deals doesn’t necessarily track with the amount invested, as one large investment can be enough to skew data. For example, in 2018, Spokane Valley-based urban vacation rental company Stay Alfred Inc. raised $47 million, representing three-quarters of the investments made that year.

Simpson says Ignite Northwest also used Pitchbook, coupled with his own sense of companies here, in compiling the list.

“I put together the list, then I circulated it around to others in the community to say, ‘Hey, who did I miss? Who shouldn’t be on here? Should someone be added?’” Simpson says.

Mark Gustafson, director of innovation and strategy at Avista Corp., says the list could be a valuable tool in convincing local entrepreneurs to start their businesses here, because it shows them how other companies have found success in Spokane.

“They don’t have to leave Spokane to find resources,” Gustafson says. “We’re not Seattle yet, but the growth here is pretty exciting.”

As one of the five up-and-coming companies on Ignite’s list, he says the list will help draw attention to his company, as well as the viability of Spokane as a startup and investment hub.

“There’s immense talent here with all the colleges,” Steele says. “Letting Spokane know that you can build a software company here, that we do have the talent and the skills and the ability to do it, is really important.”

Before Steele and Reenue co-founders Josh Hagel and Jim Fowler met with the Spokane Angel Alliance for the first time last year, Steele says he was under the impression that the tech startup community here was small.

“It started to open my eyes to how much bigger it is than I thought,” Steele says.

Pond says experiences such as Steele’s are likely to become more common as the area’s investment and startup opportunities come to light through resources such as the Ignite 25+5 list.

“Having that awareness out there that companies here in town are raising significant amounts of money expands the horizons and gives our local entrepreneurs a little more of a view of what’s possible,” Pond says.

Matt Gerber, CEO of Coeur d’Alene-based Rohinni LLC, which appears on Ignite’s list, says even as an established company, the list helps to recognize Rohinni’s efforts and potential.

Gerber says the list could bring attention to what he claims is a lack of institutional capital.

“If we were in Seattle or if we were in the Bay Area and we were looking to raise capital, it would be easier because the infrastructure is there for that, the venture funds are there for that,” Gerber says. “(In Spokane), we have angel funds and early-stage funds, but later-stage institutional capital is harder for us.”

In addition to raising local awareness of the Spokane-area entrepreneurial ecosystem, Ignite’s list could help to capture the attention of investors and companies from outside of the Inland Northwest, Simpson says.

“It can be used to attract more startups or more companies that might open an office in Spokane,” Simpson says.

“We are keeping a close eye on Spokane and expect to make investments in companies in the region from our newest fund,” McAleer says.