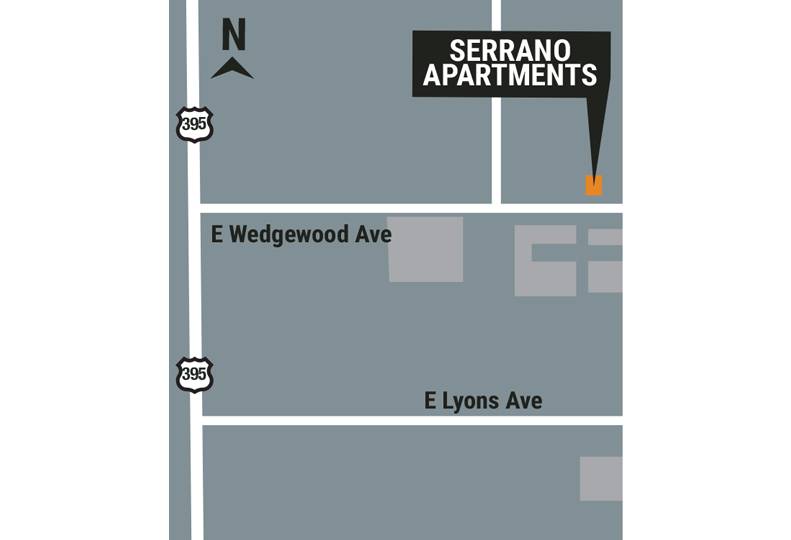 The property, which totals about 157,700 square feet of space, is located at 121 E. Wedgewood, about a mile north of the NorthTown Mall and just east of the former Lowe’s store site, at 6902 N. Division.

The complexes sold for $34.4 million, according to the Spokane County Assessor’s Office.

Next Wave intends to remodel every unit with new lighting and plumbing fixtures, carpet in the bedrooms, countertops, cabinets, and hardware. Additionally, the company intends to upgrade appliances to stainless steel, according to a press release provided by Next Wave.

Permit applications hadn’t been submitted to the city of Spokane by the Journal’s press time.

The apartment complex offers a mix of studio, one-, two-, and three-bedroom apartments.

“Overarching trends in the region include rising rental demand based on increasing in-migration from California residents and a ‘flight to suburbia’ that ignited during 2020,” Jordan Fisher, company principal, says in the release.

In addition to its Spokane purchase, Next Wave also acquired a 74-unit multifamily property in Tualatin, Oregon, marking its first expansion into the Oregon market, according to the press release. That property was acquired for $14.2 million, and the company plans renovations there as well.

Next Wave has private equity holdings valued at over $200 million. The company focuses on multifamily investments throughout the western U.S. It currently owns or manages more than 1,100 living units, primarily in Arizona, Nevada, and Utah.