North Side retirement home adjusts to the times 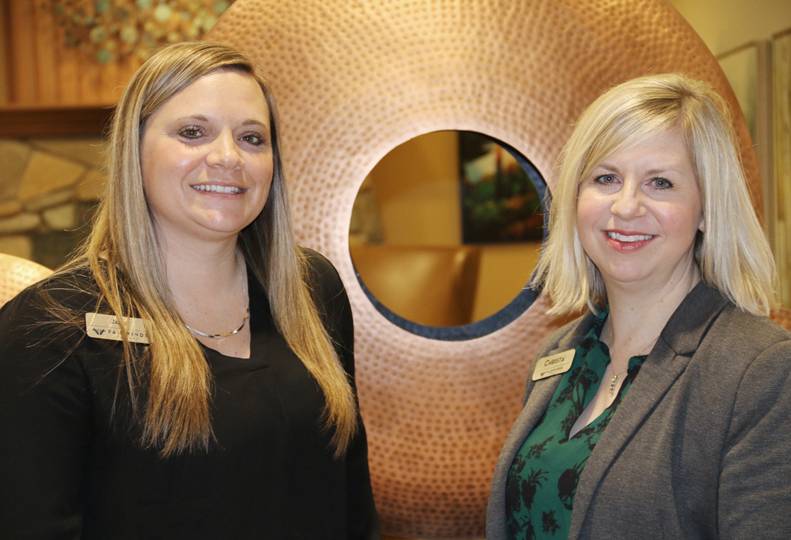 -—Kevin Blocker
Fairwinds-Spokane’s Jamie Bravato, left, and Christa Clarke say the retirement complex is catering to an older generation that has a more active lifestyle.

With its own liquor license and a full bar for residents and their family members in the evenings, the Fairwinds-Spokane retirement home is adjusting to the changing lifestyle of senior living.

But if they want to get out for an evening on the town, a shuttle bus and luxury SUV is available nightly to take residents from the North Spokane complex to downtown for events ranging from private parties to movies and plays.

And don’t forget exercise. This month marks “February Fitness Frenzy,” a month-long fitness challenge in which residents and staff at Fairwinds-Spokane are holding an exercise-based pledge drive to raise money for a local charity.

The 20-year-old retirement home is located at 520 E. Holland near the Division Street Y.

Jamie Bravato, the general manager at Fairwinds, says working there now is unlike anything she had seen when she first started nearly 13 years ago.

“The amount of nighttime activity in recent years is higher than it’s ever been,” says Bravato, who worked her way up to general manager after earning her undergraduate degree in recreation management from Eastern Washington University.

Residents want to do things, she says. “We recently had a wine tasting downtown at Nectar, and the bus was full. Seniors now are more active than ever.”

Bravato says the physical location of Fairwinds also helps to play a part in such a vibrant and active retirement community.

“I tend to think that Lytle recognized this part of town was going to be at the center of the North Side when they decided to build here,” she says.

This year marks the 20th anniversary of Fairwinds-Spokane, which originally debuted in September 2000 as Fairwinds-Northpoint.

“We’ve always had a high occupancy rate,” according to Clark. “Our yearly average has only increased since I’ve been here.”

Fairwinds has 70 employees, 40 of whom work there full time. The company always has been fond of hiring area high school students as dining room servers during the summer months to expose them to potential careers in the retirement industry, she says.

Among full-time employees, more than a dozen have double-digit tenure in years employed at Fairwinds, Bravato says.

Being on a first-name basis with residents helps provide both them and their families with a sense of safety and security, she says.

Upon initial entry into the main entrance, Fairwinds feels and looks nothing like the traditional image a retirement home may have once conjured.

A contemporary design and layout feels more like upscale hotel check-in with the front desk to the right and a bistro and latte bar and lounge area to the left.

The three-story building offers several different unit floor plans and designs that include studio, one-bedroom and two-bedroom and two-bathroom suites. The monthly price includes rent and all amenities. Prices range from $2,850 per month to $5,410 per month depending on the unit.

Studio apartments are a little more than 400 square feet. The largest suites, with an outside patio, are up to 1,300 square feet, she says.

Fairwinds features a private dining room for family and guests, a full-service hair salon, an activity room and gym and theater, she says.

“There’s a strong hospitality approach to senior living that we have here,” she says. “We want them to know we’re here to take care of them.”